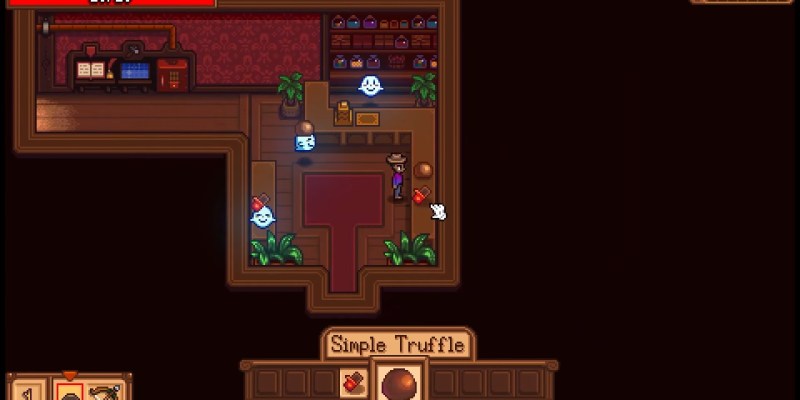 After finishing up with Stardew Valley and teasing new projects, developer ConcernedApe, aka Eric Barone, has revealed what he’s been working on. Today, ConcernedApe made a surprise announcement for ConcernedApe’s Haunted Chocolatier, a new game set in the Stardew mold. Why fix what worked for about a decade? Barone revealed Haunted Chocolatier alongside some early gameplay footage, showcasing combat, conversations, chocolate, and cute ghosts.

Those who have played Stardew Valley probably won’t find ConcernedApe’s Haunted Chocolatier too surprising. The game is very much similar to Stardew, to the point where at first blush I nearly thought Barone was revealing Halloween-themed DLC for the game. It’s your pixelated, overhead camera kind of romp with outdoor combat and exploration. There’s a town with people wandering about, with whom you can hold conversations. He mentioned before that his new games would tie into Stardew. There’s a good chance that this new one exists in the same universe.

The sticking point is that, in the game, you’re tasked with not a farm to manage but a chocolate shop. Your job is to gather chocolate ingredients, make chocolate, and keep your business afloat. ConcernedApe’s Haunted Chocolatier does have plenty more, as fans of Stardew should expect. The game includes a haunted castle, and it looks like you can hire them to help run the chocolatier. So, yes, the game leans pretty hard on chocolate. 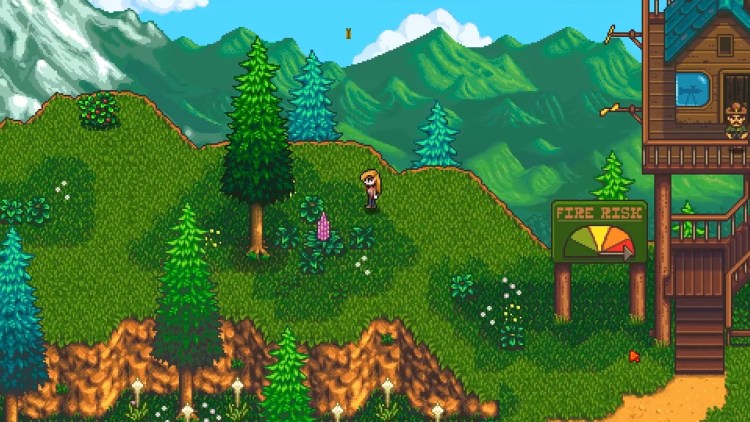 “Why chocolate? I’m not sure. It just kind of came to me,” ConcernedApe wrote in the announcement. “I think sometimes the best ideas just appear in a flash, instead of being cleverly thought out. That’s how I like to work, anyway. What’s important is the execution. And after 10 years of practice, I feel more confident than ever in being able to bring an idea to life.”

ConcernedApe’s Haunted Chocolatier: a new game, but not the same game

Stardew Valley and ConcernedApe’s new game are similar in design, but there will be major differences. He writes that Stardew was more rigidly defined in design. With Haunted Chocolatier, his goal is to get a little crazy and be more experimentative.

“So far, I’ve been having fun working on this game,” he wrote. “There are so many possibilities. With Stardew Valley, I felt somewhat constrained, because I was working within an established tradition. I don’t regret that at all, but there’s always been a part of me that wanted to go ‘unleashed.’ I believe this will be a good opportunity, but I haven’t even gotten to the good stuff yet. I’ve been mostly working on the ‘meat and potatoes’ of the game so far. But what really brings a game to life is the spice, the sauce. And I haven’t really gotten to the sauce yet. That’s coming.”

ConcernedApe’s Haunted Chocolatier is currently at an “advanced stage of development,” but that doesn’t mean it’ll be out soon. Barone explains that “there is still a ton of stuff to do,” so it’ll be a while before you’re able to run your chocolate shop with ghost friends.

“[T]here is a ton of content I still need to make. So, please understand that it will be a while before this game is done,” he wrote. “I’m going to be working on it as much as I can, though.” 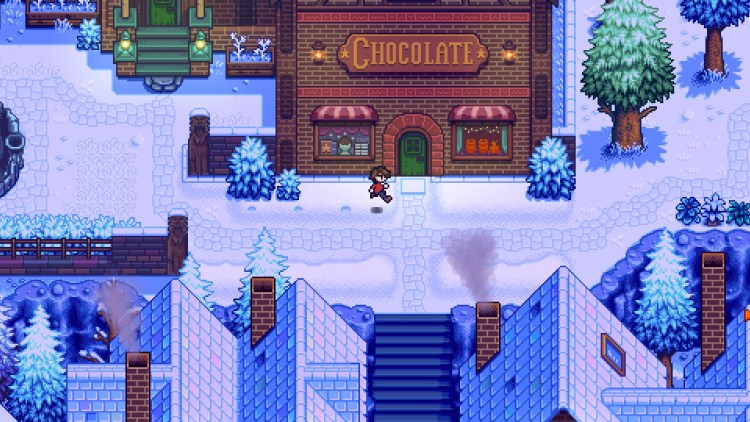 By Keren Philosophales24 hours ago
News