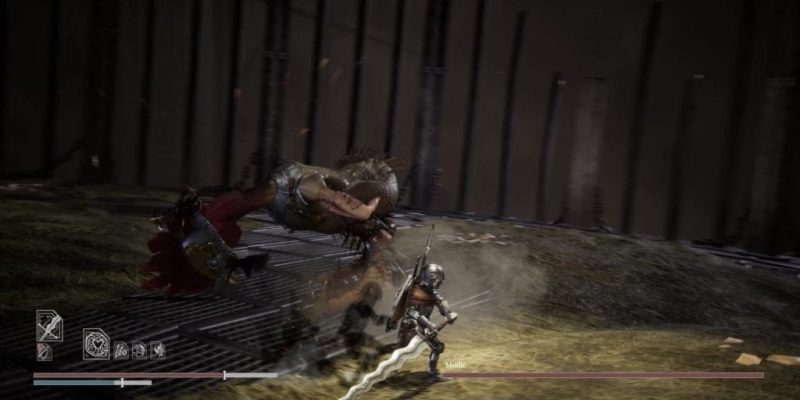 Enter our contest for your chance to win a Steam copy of Sinner: Sacrifice for Redemption

Come win a Steam copy of Sinner: Sacrifice for Redemption in today’s contest!

Souls-like became its own strange category a couple of years ago following the return to brutal challenges, but rewarding gameplay, stemming from the Demon’s/Dark Souls series. Since then, games have become way too hard for giant manbabies like me to handle. It’s a shame, really.

But for all your grownups out there looking for a challenge, come check out Sinner: Sacrifice for Redemption. And win a Steam copy, while you’re at it!

Sinner: Sacrifice for Redemption is the challenging boss battler where things get way worse as you get way better. To defeat the bosses that lie in front of you, you must sacrifice a part of your soul, imbuing you with a permanent debuff. Sounds great, right?

New Game+ will add three new challenges for the ultimate tests of skill. The Trial of Speed will grant Adam swiftness in exchange for losing invulnerability during dodge rolls, Trial of Consequence will make death permanent and Trial of the Sinner will combine both modifiers for the most challenging experience yet.

The haunting action RPG’s arsenal of bosses will expand with the addition of Cowardly Modic, the fowl-est boss yet, a giant deadly armored chicken. Defeat the brutal bird to unlock two weapon sets based on other bosses’ kits, twin swords and a sword and shield combo, to complement Adam’s already powerful arsenal.

To enter to win, use the widget below to leave your name and email address. You can repeat daily for additional chances to win. For bonus entries, follow PCI on Twitter and share our contest post with your friends. Sharing contests is the ultimate sacrifice. You will hopefully be redeemed with a free copy of a kickass game. It’s all cyclical, man!

We have five Steam copies to give away. Winners will be drawn on Monday, February 25.

Sinner: Sacrifice for Redemption is available now on PC, as well as consoles. Head over to Destructoid for more chances to win.

An Alien: Isolation Animated Show Could Be In The Works