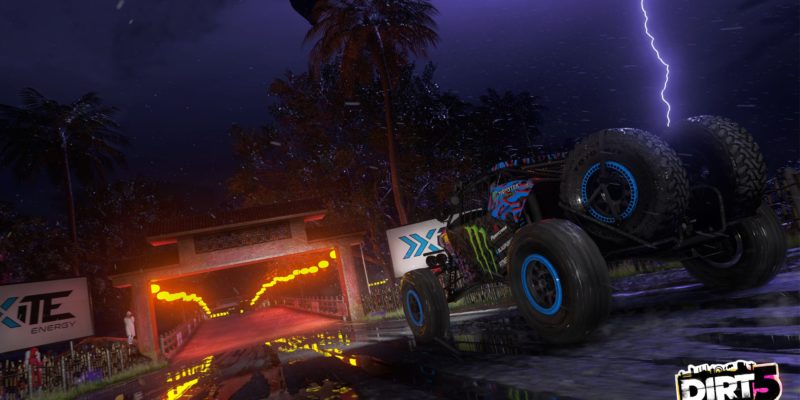 In today's contest you can win DIRT 5 Amplified Edition for Steam!

In today’s contest you can win DIRT 5 Amplified Edition for Steam!

No disrespect here, but man how does a game called “dirt” sell so many copies? It’s crazy! You’ve gotta have some cajones to name your game after stuff you swish off your feet after walking around outside.

Well, DIRT 5 is upon us, so you know what that means — contest time! We’re giving away the Amplified Edition, which includes all post-launch DLC, exclusive vehicles, exclusive missions, and a boost to XP. Isn’t that grand?

Read some press info while I make sure my car doors are locked.

DIRT 5 delivers breathtaking wheel-to-wheel pack racing on multiple surfaces including rugged terrain, harsh desert sands, snow, ice, tarmac and more. Weather conditions change in a heartbeat, cars flip and crash as the action heats up, and players must keep their wits about them to stay in the race. With a variety of game modes including Career, Arcade, Time Trial and Multiplayer games, DIRT 5 is an adrenaline rush from start to finish. DIRT 5 also introduces split-screen which can be played offline in co-op and competitive modes for up to four players.

For those who crave variety, the trailer ends on the new Playgrounds feature. Create, share and discover custom arenas across three event types: Gate Crasher, Smash Attack and Gymkhana. All published Playgrounds are hosted online with a global leaderboard allowing players around the world to upload an arena and post their best score.

After five entries, I think you know whether or not you want this one.

The Amplified Edition comes with the base game, as well as:

To enter to win, use the widget below to leave your name and email address. You can enter daily. For bonus entries, click around and follow the instructions within, and be sure to hit up Destructoid for more chances to win!

We have five keys Steam to give out. Our winners will be drawn next Thursday.

DIRT 5 is available now for Steam.

Superliminal changes to a Steamier perspective