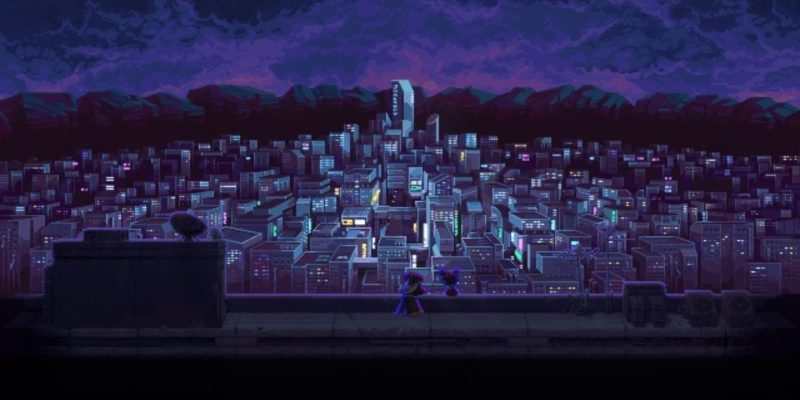 Slice and dice in our contest to win Katana ZERO for Steam!

You know why I like giving away games published by Devolver Digital? For starters, they’re an awesome company in basically every way and I love being able to help support them. But really, they just put out quality game after quality game. It’s admirable, really — basically everything I see from them looks cool. And I want you guys to have their games.

That’s why I kicked their intern’s ass and stole a couple of copies of Katana ZERO. Come win one so his death was not in vain!

Well, not much is known about the world of Katana ZERO. There’s lightning-quick action, explosions at every turn, and this weird lone swordsman who lives in a shitty apartment going around killing the dick out of everyone who gets in his way. But then there’s more to the story than it seems. A lot more. Notice anything weird in the trailer? What are those shadows, and why does the swordsman keep waking up on his couch?

I mean, I know what’s going on. I also stole the blueprints to the game when I beat that intern up. But what’s the fun in me spoiling it for you? All you need to know is there’s plenty of action, plenty of neon, and a story that’s expertly woven into the gameplay. I think you’re gonna dig it. Also, if you win it, it’s free, so even if you don’t — shut up!

To enter to win, use the widget below to leave your name and email address. You can enter daily for additional chances to win. For bonus entries, follow PCI and Devolver Digital on Twitter and share our contest post with your friends.

While you’re waiting to see who won, tell us in the comments below how I kicked the intern’s ass. As you can tell by the pictures I post of myself online, I’m big and tough and manly, so you can probably imagine the clobberin’ I gave the poor dude. Few can handle my awesome 5’9″ frame!

We have two Steam keys to give out. Winners will be drawn on Tuesday, April 23.

Katana ZERO is available now for Steam. Our sister site Destructoid also has some copies, so head there for more chances to win.