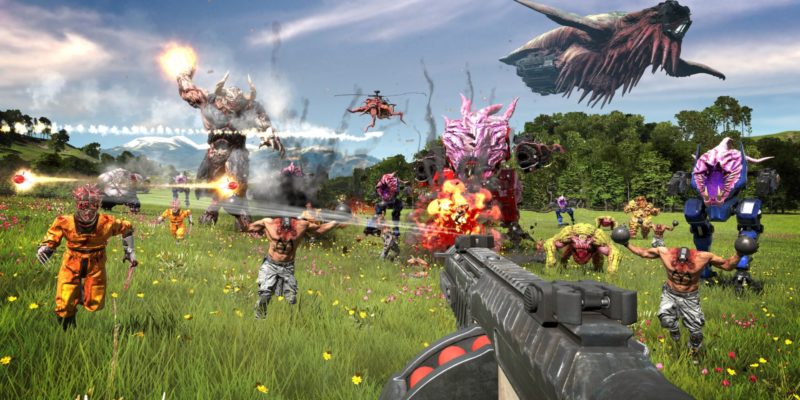 In today's contest you can win Serious Sam 4 for PC or Stadia!

In today’s contest you can win Serious Sam 4 for PC or Stadia!

I don’t understand this Sam fella. He claims to be serious, but then he quips and kinda talks like a smartass to monsters and demons and stuff. I think he should take his job a little more seriously, don’t you?

Either way, Serious Sam 4 hit PC and Stadia this week, so we’re giving away copies! As in, we’re actually giving away Stadia keys. Let’s see how this goes…

You should more or less know what you’re getting into with this, but here’s some info for you, anyway.

Humanity is under siege as the full force of Mental’s hordes spread across the world, ravaging what remains of a broken and beaten civilization. The last remaining resistance to the invasion is the Earth Defense Force led by Sam ‘Serious’ Stone and his heavily-armed squad of misfit commandos.

Croteam returns with a high-powered prequel to the Serious Sam series that scales up chaos to unprecedented levels. The classic Serious Sam formula is revamped by putting an unstoppable arsenal up against an unimaginable number of enemies that requires players to circle-strafe and backpedal-blast their way out of impossible situations.

To enter to win your copy, leave your name and email address in the widget below. Don’t forget to specify your platform of choice, and make sure to enter daily. Hit up Destructoid to double your odds at winning!

We have five Steam and two Stadia keys to give away; we’ll draw winners next Friday.

Serious Sam 4 is available now for PC and Stadia.