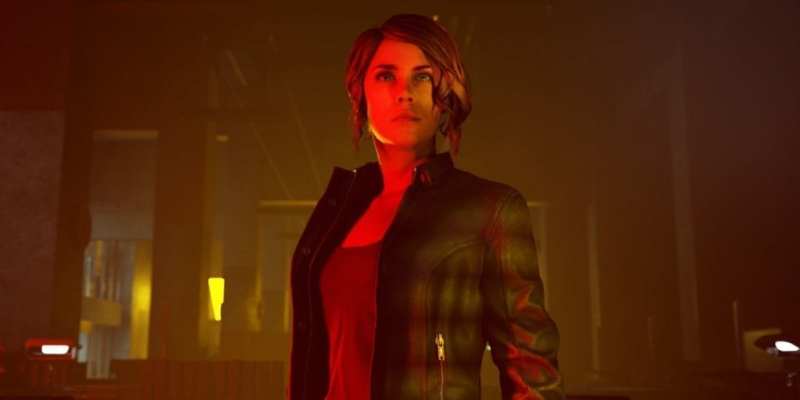 Remedy Entertainment’s upcoming supernatural action adventure game Control is already shaping up to be its most ambitious game to date. A strange, surreal setting? Check. A powerful main character thrown into the thick of battle? Check. Incredible superpowers? Check on that too.

The studio’s creative director Sam Lake sat down with PC Invasion at the New York Comic Con to talk about bringing players into this new world of weirdness.

In Control, players take on the role of Jesse Fayden, who suffered a supernatural traumatic experience as a child. That leads her to investigate a secret government group called The Federal Bureau of Control (FBC), which investigates unexplained supernatural phenomena. She discovers their headquarters, The Oldest House, in New York City as it comes under attack. There, she finds the FBC director’s dead body and takes his gun to defend herself against a foe called the Hiss. In doing so, she becomes the new director and gains all the responsibilities and powers that come with the position, including telekinesis and levitation.

But having experienced the supernatural before and being treated as the odd one out because of it, Jesse is more comfortable amid the strangeness than in the normal world.

“It feels like she has finally come to the place she is supposed to be,” said Lake. “But at the same time, we have this horrifying crisis going on which threatens to destroy everything.”

The FBC was created to investigate “altered world events,” where our world or reality is intruded upon by mysterious forces. Its Manhattan-based headquarters is an altered event of its own, acting as a kind of nexus of strangeness. Although it looks like an ordinary building from the outside, its interior is much larger and is prone to changes. A traveler who knows the right rituals can summon doorways and paths to access new areas.

“The Oldest House isn’t just a linear tube, it’s a sprawling world,” said Lake, explaining how the building was a sandbox for players to explore. Control has a more non-linear feel compared to Remedy’s other games. For example, Jesse will be able to reach previously inaccessible areas once she is able to levitate herself. This encourages players to return to previous locations.

Jesse’s other powers also add to the sandbox experience. Most notable is her telekinesis, which she can use to grab objects to throw at enemies or to shield herself. Each power has an upgrade path, so players will be able to customize their characters however they want. Lake said that other combat abilities will use the environment. Some will even involve manipulating the building itself for traversal.

“We’re pushing the physics on the [game] engine as far as current technology allows, and going far with the dynamic destructible environments,” Lake explained. “We want to push our engine forward as much as possible. The visuals are very important to us, and performance is absolutely important for an action game.”

Visuals and high performance are priorities on the PC side. At Gamescom, Control was announced as one of 11 games that support Nvidia RTX GPUs for ray tracing lighting effects.

In addition to supernatural abilities, Jesse will arm herself with a transforming gun known simply as the Service Weapon. Lake likens the weapon to King Arthur’s Excalibur and Thor’s hammer Mjolnir, suggesting that the weapon chose the user instead of the other way around. As players progress, they can upgrade the gun and turn it into other weapons to battle the Hiss. It also happens to be an object of power that initiates Jesse into her new role as FBC director.

“The combat experience is very sandbox-like because there are so many elements and possibilities to upgrade your abilities and gun,” said Lake. “You can use different advantages depending on the situation.” 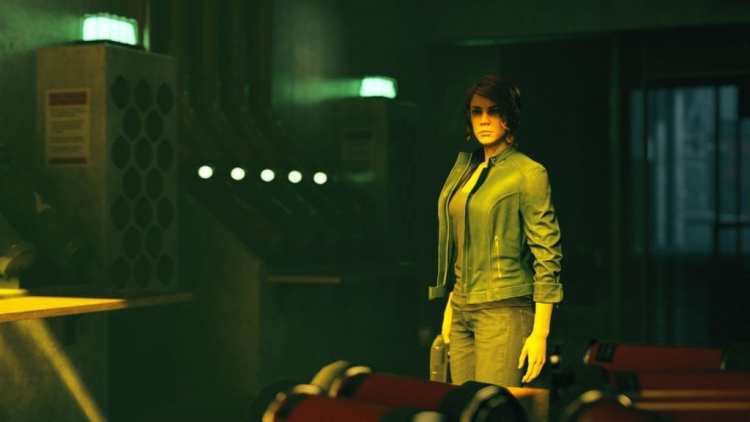 “We approached [Control] gameplay first, which isn’t always the case with our games,” Lake added. “We wanted to figure out the gameplay experience we wanted to create. Then we looked at the kind of fictional world that would elevate and frame the crazy gameplay ideas. Things got weird really fast.”

Inspired by the literary genre of “New Weird,” which includes sci-fi novels and movies such as Annihilation and TV shows like Legion, Control will seek to deal with complex real-world themes. According to Lake, these include the concept of the truly unknowable. The game will have competing explanations for supernatural events and is comfortable with the ambiguity.

That might mean that players will never truly understand what the Hiss are and what motivates them. But what is known is that, similar to other aspects of the game, the Hiss manifest in different forms. They specialize in taking over and corrupting others. Whatever they can’t take over, like Jesse, they try to destroy. Players will encounter different types of Hiss, including ones that have supernatural abilities of their own.

The cast of Control contains a number of Remedy’s all-star voices. Actress Courtney Hope, who plays Jesse, was Beth Wilder in Quantum Break. James McCaffrey, who played Max Payne, now voices Trench, the previous FBC director. Matthew Porretta, the voice of Alan Wake, plays FBC lead scientist Dr. Casper Darling. Control brings all these talents together for the first time, almost like it’s a nexus for all of Remedy’s realities so far.

“I love the idea of getting inside the head of the main character and using their voice as a storytelling tool,” said Lake, describing how working on Control compared to previous games. “We are doing that with Control, but reinventing it in a way that’s almost like hearing Jesse’s thoughts.”

Remedy Entertainment expects to release Control in 2019 for PC and console systems.