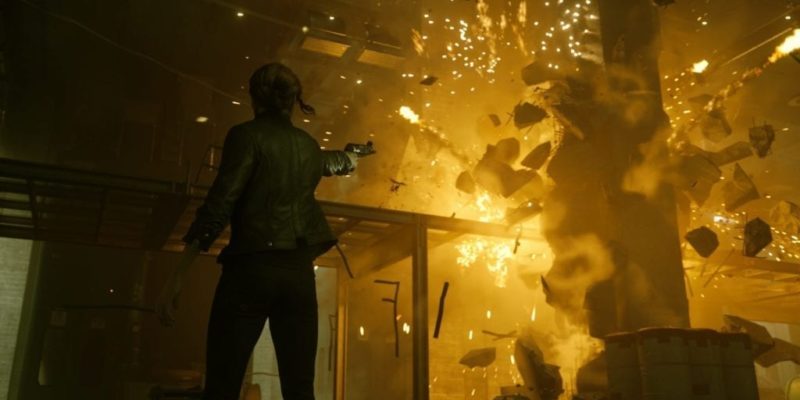 Control rolls together everything you’d expect from a Remedy Entertainment-developed surreal action game. After playing a non-final build demo, I can positively say that it delivers plenty of strangeness with challenging action and mind-bending graphics on PCs that have RTX-capable graphics cards.

Taking control of the situation

In Control, you play as Jesse Faden, who discovers a secret building in the heart of New York that serves as a kind of interdimensional nexus. She arrives just as it comes under siege by an alien threat called the Hiss, and she takes over for the deceased Director by wielding a shapeshifting Service Weapon. Additionally, she picks up a number of supernatural powers including telekinesis, which can be used to turn practically any object into a weapon. 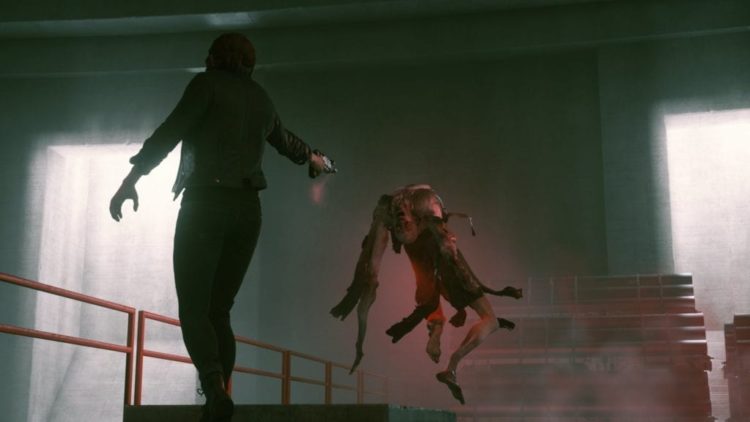 There’s no extra-dimensional alien threat that can’t be solved with plenty of firepower.

As I sat down to play the demo, a developer from Remedy told me that they were aiming to create a challenging game for players. Therefore, the game doesn’t feature any kind of cover system or passive health regeneration. Instead, killing off Hiss drops blue vials, which I can collect to regain health. That being said, she explained that I was almost certainly going to die.

That turned out to be a self-fulfilling prophecy because sure enough, I died while diving recklessly into my first encounter.

The Hiss have taken possession of the Federal Bureau of Control personnel, so early enemies look like human soldiers with glowing red eyes. They become more monstrous later on, with some exploding when they get close. The thing is that reinforcements teleport in as you fight. So, I went into a situation expecting to fight two guards but ended up battling four, which contributed to my fast death.

I also had to learn to balance between using telekinesis and my gun. The Service Weapon can transform from a pistol to a shotgun, and although the Service Weapon doesn’t require ammo pickups, it does need to recharge. I had to rely on my abilities (which uses stamina) in-between charges, but I learned the hard way that hitting enemies with crates doesn’t always kill them. That led to a crazy multitasking challenge of keeping a close watch on enemy health bars while new enemies materialized around me.

Unfortunately, I couldn’t pick up the Hiss or corpses to throw. Maybe that will come later on.

Rooms quickly fill up with smoke, dust, sparks, and other effects during fights, with large clouds being thrown up whenever you throw something. Dead Hiss also turn into dust and blow away after a few seconds. It can all be a bit much at times, making it difficult to see enemies, much less keep track of them as they teleport in behind you.

Teleporting enemies ended up being the most frustrating part of the game, but I can’t imagine Control without it. Although it quickly became annoying during the demo, and it’ll probably end up being more so in the full game, I have to admit that the gameplay would be an overly straightforward experience without it. 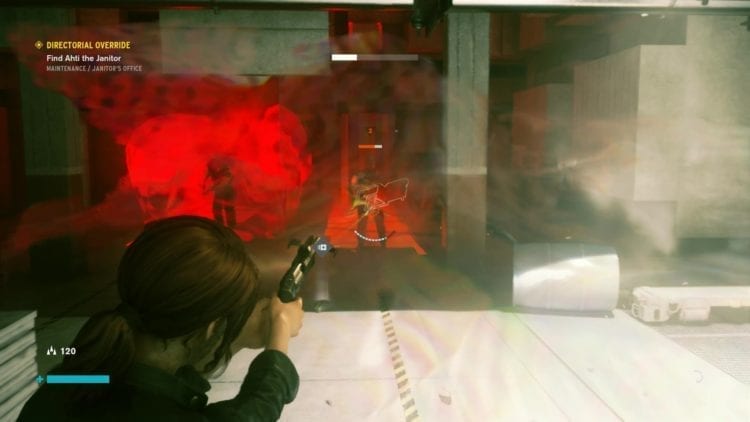 Smoke, dust, and icons everywhere. All that’s missing is glitter.

Since the Hiss don’t take cover, their main advantage is in having superior numbers to fire at you from multiple angles. Otherwise, it would be easy to take out groups of these aliens with a few well-aimed objects to knock them down before finishing them off with your gun.

Lucky for Jesse, the Hiss aren’t especially smart. In some cases, all I had to do was run up some stairs to get some breathing room because they rarely followed me. Then combat became a simple matter of peeking over edges to shoot them. Control occasionally tries to overcome this issue by locking players into areas until they’re cleared out, but I get the feeling that I wouldn’t have had much trouble progressing if enemies didn’t pop in to take me by surprise.

Other than that, my only other issue with the demo was how it’s kind of easy to get lost and lose track of what you’re doing. The map isn’t very helpful if doorways are on different levels, and there’s no navigation system to point you in the right direction. The mission log also failed to update after a certain point, which can be forgiven since it was a non-final build, but it left me wandering the building trying to figure out what to do.

Kicking things up with raytracing

The PC demo allowed me to turn the RTX features on and off to compare how they look. Suffice it to say that if you’re looking for a game to justify picking up an RTX video card for, Control is it right now.

The changes between reflective surfaces using raytracing are nothing short of stunning. Out of all the Nvidia RTX-supported games coming out this year, Control checks off the most boxes using deep shadows along with beautifully reflective glass and water. The amount of detail in this game, even as an early build, is amazing, and it’s hard to go back to playing with regular graphics after seeing it with RTX. Non-raytraced graphics look dull and drab in comparison.

With all that said, Control’s plot can be a little hard to follow sometimes. Granted, the mystery of what the Hiss are and what they want is part of the experience, and the demo takes place pretty early on, but the members of the Bureau of Control don’t seem to know much more than Jesse does. In fact, the chief of security was surprised that the aliens were now being called the Hiss. 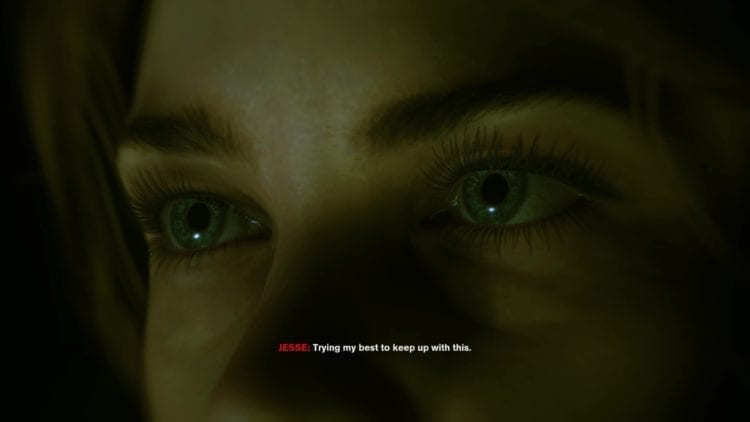 It also doesn’t help that there aren’t many friendly NPCs in the game. Throughout the demo, I encountered about three characters in total, including one all-knowing and semi-incomprehensible janitor, that weren’t possessed by the Hiss. This gives the sense that the Hiss have total control over the building and undermines the security chief’s dialogue when he says that his team is trying to manage things as best they can. How big is the team? The one person guarding the door outside the room he’s in?

Running into sporadic NPCs underscores how solitary the experience can be as Jesse makes her way from room to room to exterminate Hiss and fix machinery. I eventually learned to just go with things and not think too hard about what was happening, which probably does a huge disservice to the game. Hopefully, the world will be a little more filled out when the game launches later this summer.

Control releases on Aug. 27 for PC, Xbox One, and PlayStation 4. The PC version will be exclusive to the Epic Games Store and has some pretty hefty system requirements.

By Martynas Klimas8 hours ago
Previews