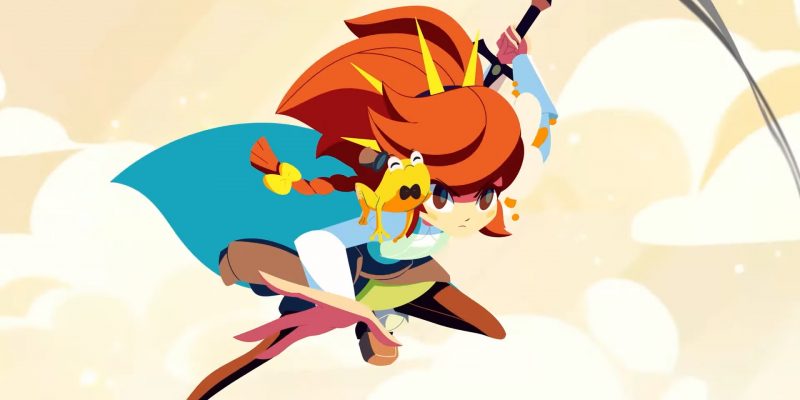 Following its delay from a November 2020 release date, we only knew that the time-hopping JRPG Cris Tales would come this July. Today, we know the date when this colorful, charming-looking game will arrive. Cris Tales will, at last, launch on July 20 for PC via Steam. Developers Dreams Uncorporated and SYCK celebrated the news with a vibrant new trailer.

Cris Tales‘ release saga has been quite a tale in of itself. The game has been playable as a demo since at least 2019, providing us a window into its colorful world. It was originally scheduled to finally launch on November 17, 2020, but was delayed. SYCK, a small Columbian developer, noted that the game simply needed more time. After eight months, the game is ready.

Looking beyond its artistic style, Cris Tales is a JRPG through and through. You travel its gorgeous world, occasionally stopping for a quick bout against guards, beasts, and this cute slime that appears to be cosplaying Donald Duck. Or, maybe just any sailor from cartoons of time past. Either way, it’s adorable. You still beat the shit out of it with a sword, though. Life is rough for slimes in JRPGs, what else can you say.

Putting the Cris in Cris Tales

Cris Tales‘ central conceit is your ability to slip into different periods in time. The protagonist, Crisbell, can view the past, present, and future, using her power to aid the citizens of Crystallis (anyone else sensing a theme?). In the Cris Tales release date trailer above, we get a glimpse of how it works. At the 42-second mark, we see a young man in patched clothes playing violin on the city streets. Fast forward a bit, and it appears his life of poverty drove him to thieving. However, another quick look at the future shows an older, bearded man, once again playing his violin. Hey, we all have rough periods. However, it suggests that Crisbell can help the musician, preventing him from leaving the straight and narrow.

Cris Tales will release on July 20 for PC via Steam. Check out the trailer above to see if the time-altering JRPG is worth the look.