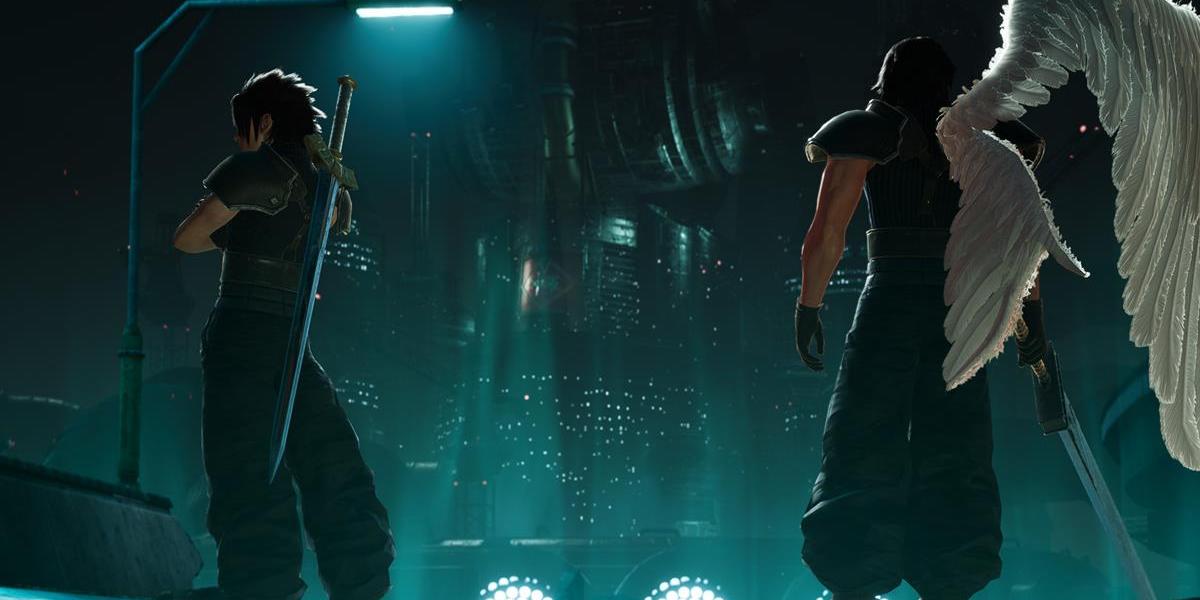 It’s kind of surprising that it took 15 years for this classic PSP (PlayStation Portable) game to leave the handheld. There are undoubtedly a lot of people who would have happily paid to play the game on whatever platform since then. Crisis Core -Final Fantasy VII- Reunion is very obviously a PSP game through and through, but it’s aged quite well despite some of the very clear design limitations placed on it. In most ways, the game is exactly how you remember it. In some others, it’s been completely revamped to the point that going back to the original will be quite difficult.

Crisis Core -Final Fantasy VII- Reunion is pretty much the original game ported via Unreal Engine 4. It’s got the same story, structure, FMVs, level geometry, and animations. This is one of those remasters where every single asset was replaced, but much more noticeably than with the recent NieR: Replicant release. The character models have all-new hair, skin, and clothing textures. The environmental textures have also all been replaced. There are UI adjustments as well, bringing the game much more in line with Final Fantasy VII Remake, to the point that they resemble each other even more closely now.

The FMVs are the same ones from 2007, albeit at what I imagine are the full resolution at which they likely were on creation. They still look pretty good, but going back and forth between FMVs and gameplay where the in-engine stuff is higher resolution is a bit jarring. And I do mean mostly. While the environments and non-major character models undoubtedly look a whole lot better, the characters themselves don’t look quite right to me. They look somewhat more generic and kind of weird compared to the originals. Despite being a PSP game, Crisis Core had excellent character models and I do miss them and their charm befitting a 2000s-era Square Enix game. The UI has seen some major updates. The navigation bar and exclamation marker from Final Fantasy VII Remake is now in the game, making it even easier to figure out where to go next. Crisis Core is set in a series of chapters that basically has you following these exclamation points which lead to plenty of cutscenes. Much like the NieR: Replicant remaster, all the dialogue has been rerecorded, including unimportant dialogue from NPCs and sidequests.

As such, pretty much the entire English dub cast has been replaced. But having every line be voiced is worth it as having voices accompany the very PSP-esque animations outside the cutscenes is helpful. Despite the new coat of paint, not much can disguise the game’s bones. Crisis Core is built out of small areas and is full of save locations that were all put in place to befit a game on the go. I don’t mind seeing any of this, as I loved the game all those years ago and I’m glad to see the experience is mostly intact.

And that also goes for the PSP-centric sidequests. Talking to NPCs and playing through the story will let the protagonist Zack access an enormous amount of additional quests. Much like other PSP games of the era, they last a minute or two each and have you fight monsters for rewards. In an time where most games have long, drawn-out, multi-step quests, it feels nice to just jump in and fight for a little bit and be done. You can now access sidequests by pressing a button at save points without going through the menu, which was a great touch. I like to do half a dozen or more in a row, so it’s nice to not have to go through the main menu. Stepped up your game

While all of the above is almost exactly as you remember it, the combat has been greatly changed. And not like in NieR: Replicant, which added a heavy attack and let you move while casting spells. In the original version of Crisis Core, Zack would use a single heavy attack every few seconds and you had to manually scroll through his materia to use magic or attack skills. It was enjoyable, but it felt robotic. He could also dodge cancel out of everything, but it was mostly only good for jumping out of the way of big attacks.

In Crisis Core -Final Fantasy VII- Reunion, Zack handles more like the characters in Final Fantasy VII Remake. He attacks quickly with a lot of fast slashes that feel just like using Cloud, down to the bright flashes when sword hits connect. The dodge can’t cancel out of these slashes anymore, but they’re quick enough that this isn’t much of a problem. A much bigger deal is that you can directly access materia by holding a button down before pressing an accompanying one.

Some purists may balk at this huge change, but it makes Crisis Core even better. It was a great game before and it’s only greater with the changes. The combat is constant after all, so it being this fast and flashy works wonderfully. I miss those old character models, but the new combat makes such a huge difference that I don’t think I’ll ever go back to the original version. But there’s always a catch. As much as I love this game, $50 USD for a remaster of a 15-year-old PSP game is asking a bit much. That being said, if you were a fan of the game way back when or if this is the first time you’re playing it, Crisis Core -Final Fantasy VII- Reunion is a fantastic game, even if the character models don’t look quite right. The price is too high and the tiny areas and tinier sidequests will probably put off folks used to modern games, but it’s awesome to have an even more playable version of the game running at 120 fps (no uncapped framerate, sadly). This is probably the best remaster Square Enix has ever done and, boy, was this the right game for it.

Crisis Core is still a favorite after all these years and it's even better with greatly improved combat. The character models aren't necessarily an improvement and the price is too high, but this is a reunion that's well worth attending.

By Alexa BeMent2 days ago
Guides