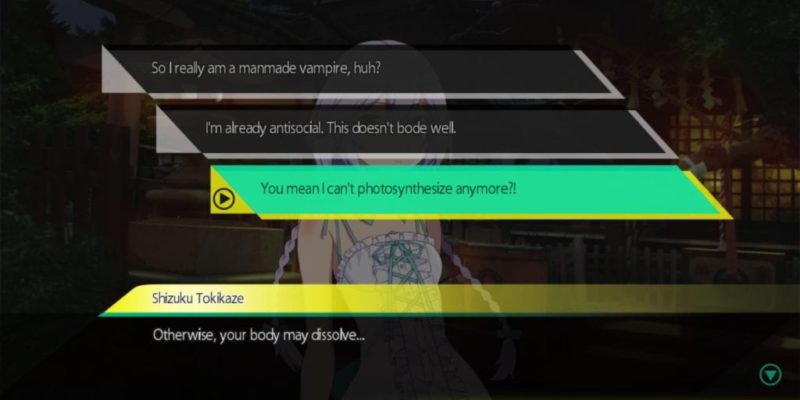 Wow, apparently Fez took way too long to come out. It was in development for, what, 5 years? It got entry into multiple indie games festivals and was honored in a few of them, even. It should be a big deal.

It’s not that big of a deal. Fez is a good game, a few times skirting on greatness. That’s about it.

I actually didn’t follow Fez at all before release, and wasn’t even planing on getting it, but was half-obliged to review it. I only heard stuff about it a few times (“didn’t Fez win some indie festival something last year?”), though mostly because of the controversy of Phil Fish’s statement about Japanese games in general (regardless of the position you take, you can’t deny that his statement was about as subtle as an alien abduction and subsequent probing).

Now, I’ve played Fez about as much as I plan to (I’ll go back in just to check a couple more areas with potentially easy secrets), and I don’t feel a bit more fulfilled than before.

Fez is only a good game.

There’s the meaningless Town from the beginning of the game.

The best parts are probably just thinking about the concept of flattening 3D space into 2D planes, and the non-euclidean interaction that comes off it. Learning those rules and applying them is incredibly satisfying, and the fact that one can do that makes me think that if the human race was suddenly warped into a parallel dimension with completely different laws of Physics (and assuming our molecules would still stick together and keep us alive), we’d be alright. When that is done, however, Fez sets into a bit of repetitiveness, and the rest of the game becomes slightly tedious. Sure, there are new platforming elements every now and then, but they are so similar to one another and so easy to learn that it really doesn’t matter much. I would contrast this with the short and sweet VVVVVV, in which every new area deals with a completely new gimmick, which then gets explored in depth as the area comes to a close, and is incredibly satisfying.

Then there is the pretentiousness. My god, this game is weird, and Phil Fish is weird. Fez smacks of excessive self-importance some times, and is perfectly humble other times. There is a formidably fitting mockery of a plot (“find the 64 shiny doodads!”), a world that pretends to have a history (“look at these cave paintings, some people, like, hunted and gathered, and stuff. Oh yeah, I guess they also had kings, and a god I guess. look at these ancient cities: they gotta mean something, right?”) but which ultimately cannot be the source of any meaning (“what do you mean what are we going to do with those ancient cities? There’s like schools and stuff. Why are there schools there for? I don’t know, stay tuned for a sequel, I guess.”)

There’s the Town again. Look, I’m sorry, but I can’t find anything but bullshots of this game.

I wonder if Fez will ever get a sequel. I don’t think it should, unless it pulls “a Valve” and wildly expands on every concept touched, and cranks up the gameplay to 11, then adds a freaking run button (they always make platforming games better). Portal 2 and Super Mario Galaxy 2 are the examples I can give of games that have done this, but then those games had incredibly amazing prequels to begin with.

Oh yeah, there’s an alphabet of sorts in Fez. You can apparently decipher it yourself (with the loving handholding of Phil Fish, of course) and figure out what all those NPCs and those inscriptions on the walls are saying. I think to myself that it’s telling how I never cared about doing that until I started writing this paragraph, and in fact was glad when the people in some ancient city only spoke in that text since I could just skip all of that would-be dialogue without a single worry. Right now I could maybe look up some of the translations, if only out of idle curiosity.

I sound like I’m being very harsh with Fez, so I should reiterate: Fez is a good game. It’s worth buying, and it’s certainly worth playing (even for those that would eventually find it repetitive and leave it unifinished). Its puzzles are Ron-Jeremy-hard and you will feel like a savant when you solve a particularly stiff one, even if your reward is just another Super Star out of 32 that you need to unlock the secret ending. Its control mechanics aren’t close to the best out there, but they work fine and allow for some free-styling for the skilled gamer, which coupled with the 3D-to-2D flattening can result in some interesting moves. The visuals are nice and clean, and the music is made of sounds so sexy you have to wear a contraconceptive when listening to it. Alternately, this music is so heavy, its basses so deep, and its melodies so evocative that they also drive home the point that Fez takes itself too seriously, which can definitely get on your nerves. It annoyed the hell out of me, for sure.

The main Hub from which you go places.

Then there are the glitches, which I have to say, I never encountered until a little while ago. It was actually a simple crash that I experienced, and it is the reason I still have to check out some areas before writing the review of the game (If you ask me, though, I’d take this article more seriously than whatever I write in the review, if you are into the whole video game criticism thing). I hope my save didn’t become corrupted, as has been reported to happen under certain circumstances in this game.

To conclude while experimenting with the concept of abrupt endings: don’t listen to Phil Fish’s boasts, don’t expect Fez to be the next big thing, but do buy it and play it for the freshness of its mechanics, while they last.

Scary monsters in new DDO Menace of the Underdark shots

By Michael Feghali54 mins ago
News