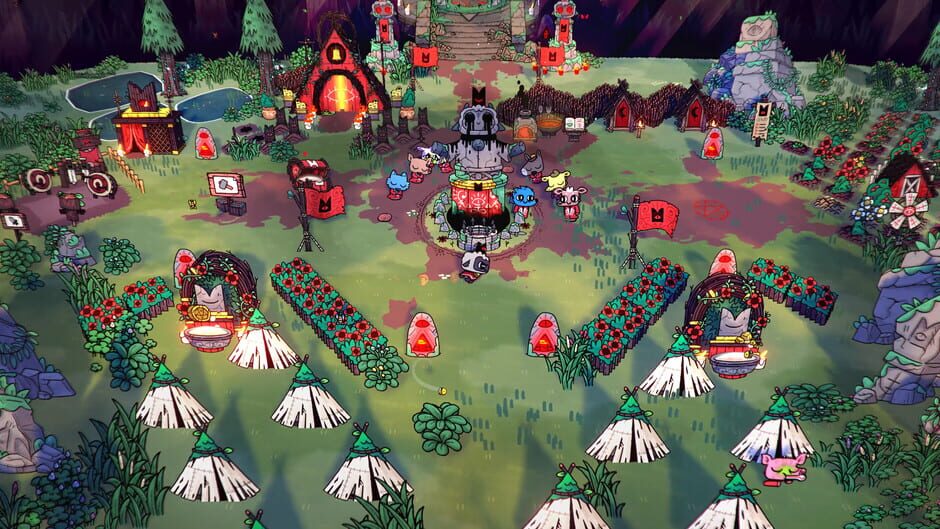 Devolver Digital Direct kicked off with a bang this year. In the midst of a skit making parody of gaming marketing, the first trailer showcased was a release trailer for Cult of the Lamb. The game previously had a reveal trailer in August 2021, and has been picking up steam ever since. Developed by Massive Monster, and of course published by Devolver, Cult of the Lamb is a weirdly cute game centered around a lamb who was saved by a mysterious figure right before execution.

You are tasked to build a religion in the name of the figure who saved you, and in this release date trailer you see the lamb saving a cute pig about to be eaten. You then take this pig and show him how great the community is, all while hiding a sinister backdrop. Two animals are seen digging a hole and dumping a body. It then pans to an animal chiseling a statue of the lamb, and in the back of the head is the cleverly placed release date of August 11.

In Cult of the Lamb, you can expect gameplay that is a cross of Animal Crossing and Hades. The game also mimics the art style of Don’t Starve, another great indie game in the same genre (kinda). To build your cult, you must first find people to populate said cult. With that in mind, you set across a land of false prophets, building a loyal community of cutesy woodland animals. You collect resources, build structures to worship, and provide for your community. 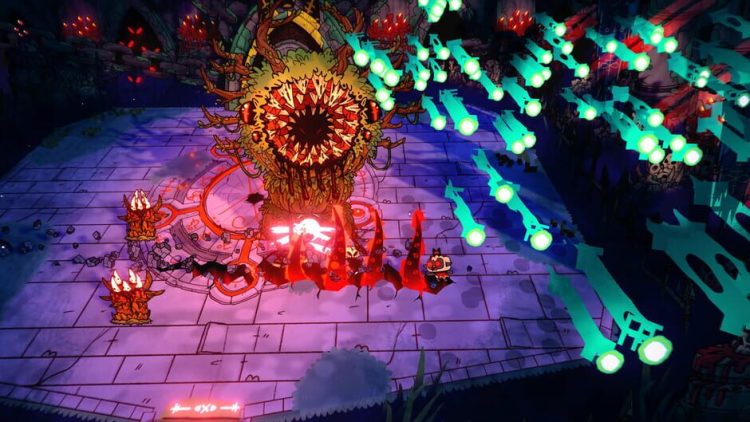 Cult of the Lamb showed a few great features during the release trailer. There’s a diverse enemy pool, and a combat system that looks enjoyable. The combat is similar to Hades, in that you have an isometric playing field, and a rogue-lite system. Your character comes back to the “home base” to build and advance the town before venturing back out and taking on the world. You go through the land cleansing unbelievers, and freeing woodland creatures for the purpose of indebting them to the cult.

All in all, this looks to be an interesting game to get at the $24 USD price tag. A demo is currently live on Steam. Project Warlock II Early Access — Is it worth it?