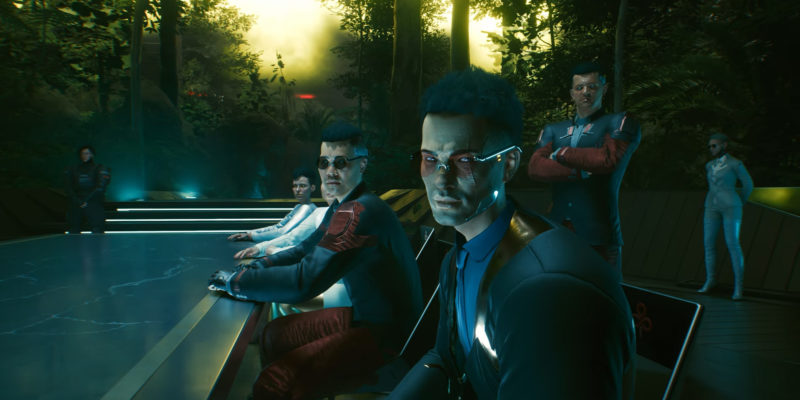 Video games in the past have been notorious for bad lip-syncing animations, even in their primary languages. Add multi-lingual support and it often-times doesn’t turn out well. This can be immersion-breaking for audiences of foreign languages, as we’ve all surely experienced at one point or another. Whether trying to enjoy a niche JRPG or an American game in your mother-tongue, it’s always painful to watch a character’s lips move out of sync with the audio. CD Projekt Red recognized this during the development of Cyberpunk 2077 though, and decided to do dialogue differently.

Using the latest tech, AI to be specific, CDPR has taken things to the next level with multi-lingual support. Teaming up with Jali Research, the developer has found a way to procedurally generate accurate facial animations for every NPC in the game across 10 different languages. That includes English, German, Spanish, French, Italian, Polish, Brazilian Portuguese, Russian, Mandarin and Japanese. On top of that, the team even revealed that the tech works with characters who switch languages mid-sentence. To say it’s impressive is an understatement.

The lead character technical director of Cyberpunk 2077, Mateusz Popławski, appeared in a recent presentation hosted by Jali Reasearch. He talked about the implementation of the dialogue-oriented tech, as well as why the team decided to do it. Naturally, it was all about taking things to the next level in comparison to its previous project, The Witcher 3.

The team also wanted to deliver the same quality experience to customers all around the world, and this is certainly one way to do it. The methodologies all sound remarkably sophisticated, but one cannot argue with the results. Moreover, you can check out the full presentation below to get a better idea of how the team accomplished this feat of dialogue lip-syncing in Cyberpunk 2077. For more glimpses into the development of this game, check out our archive.

Cyberpunk 2077 releases on November 19 for $59.99 USD. You can grab it on Steam, the Epic Games Store, GOG, or even streaming platforms like Stadia.