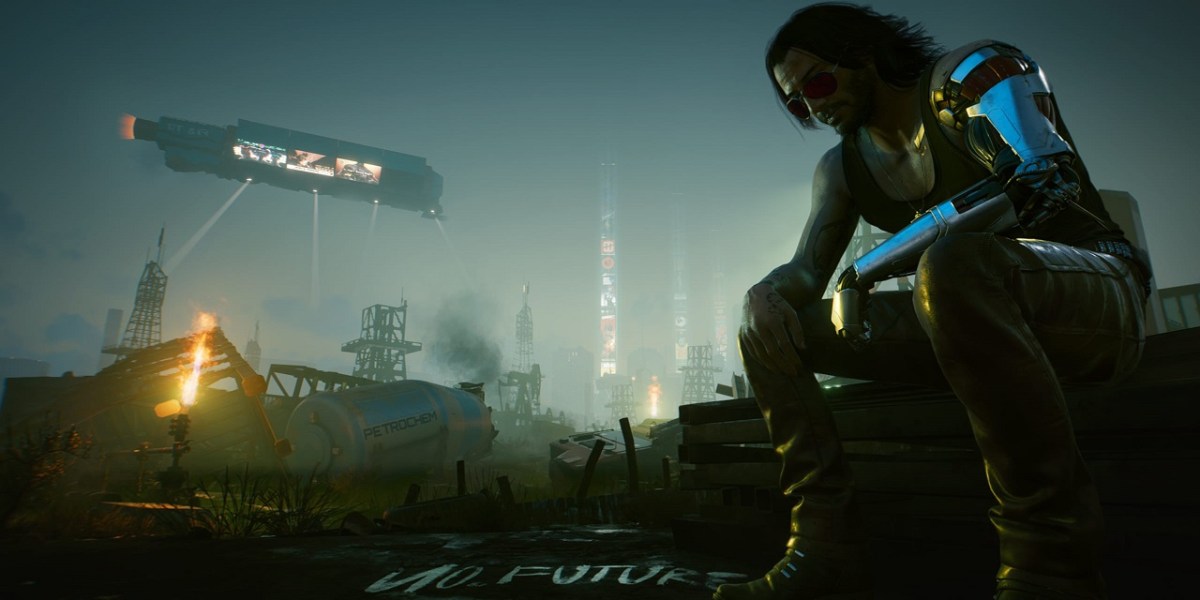 Cyberpunk 2077‘s 1.1 patch was supposed to be the chosen one. Instead, it may end up bringing the Force to ruin. By which I mean playing the game via GeForce Now. We only put out a piece that broke down what the patch added a couple of days ago, but now we need to add what the patch broke down. See what I did there? Not impressed? Long story short, there’s a story progression bug in Cyberpunk 2077 which was brought about by the new patch. If you attempt to do a certain mission, it will fail to advance at a certain point, making it impossible to proceed in the story until the inevitable patch-patch that fixes these shenanigans.

The mission in question in Cyberpunk 2077 is Down the Street. That’s the name of the mission. I’m not saying that it’s down the street, what would that even mean? Currently, when Takamura calls you to kick this mission into gear, he won’t talk and you’ll get trapped in video game limbo. Now, I know what you’re thinking. “I’ll just reload an older save.” Not so fast, fuzzy manpeach! You didn’t think it’d be that easy, did you? Reloading an earlier save will still result in you getting stuck. Tough luck.

Shovel yourself out of it

Thankfully, CD Projekt RED has already chimed in with a workaround that should allow players to advance the story. Here’s what you’ll need to do in order to keep going. First, load a save prior to V and Takamura leaving Wakako’s office. Once outside, you have to finish the conversation with Takamura immediately. This will update the quest progression. Once that happens, you need to skip 23 hours exactly. If you do all of that without issue, the correct sequence of events should play out, and you’ll be able to continue your progression in Cyberpunk 2077‘s story without fear of this bug. Let’s just hope that the patch-patch that CDPR releases actually fixes things. I’d hate to write about a patch-patch-patch.

Once you get past this inconvenience, you may find yourself in need of additional assistance. Some of quests and objectives can get confusing. For that you have our Cyberpunk 2077 guides and features hub.