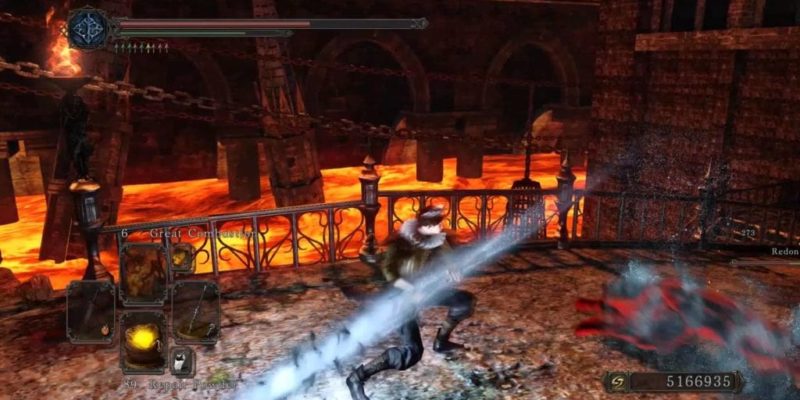 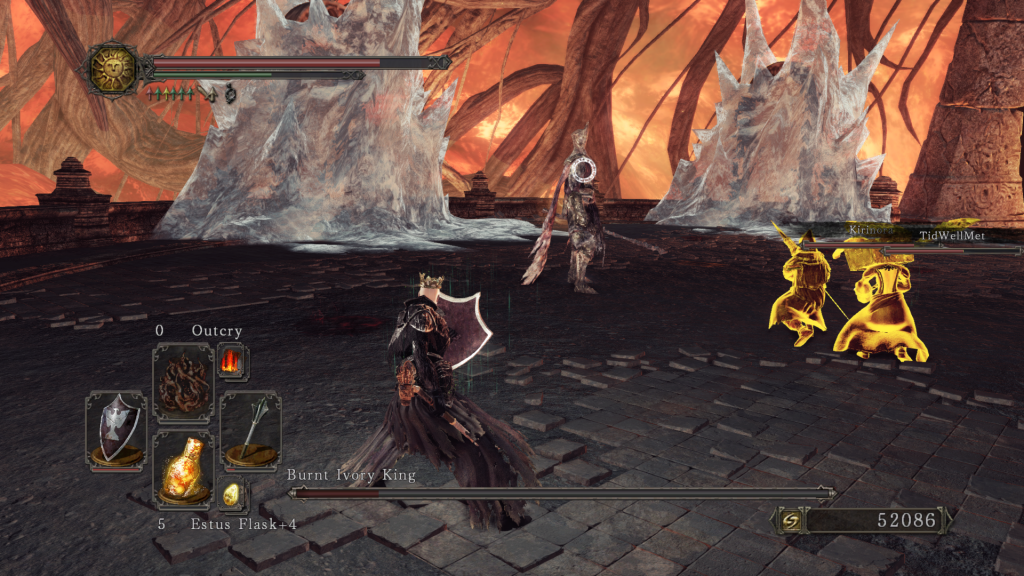 Look out, it’s the Shirao Metropolitan!

FromSoftware are continuing to update Dark Souls 2 after the release of the Lost Crowns DLC, and a bug fixing patch is due on PC on 13 October. The information comes from the Japanese Dark Souls 2 site, which also details the glitches to be fixed.

I’m no expert (or even an amateur) at translating Japanese patch notes, but a combination of Google translation and a prior knowledge of what these two glitches actually are means I can just about explain what’s going on here.

So, what Google deciphers as “Fixed to a phenomenon when the ally NPC Roiesu knight died during the battle of Shirao Metropolitan, sinners of the player rises” is reference to the bug (mentioned here on Reddit) which sometimes gives the player sin when the friendly Eleum Loyce Knights die during the Burned Ivory King boss battle. I’m not sure how the battle becomes “Shirao Metropolitan,” but that does amuse me.

The second bug fix, “Modification of the phenomenon of damage judgment occurs when it is equipped with an oversized sword Shirao, performing an attack cancellation rolling” is referring to the glitch that can occur when you use the Burned Ivory King Ultra Greatsword and still damage people while rolling. It’s shown in this video.

Update: So this has appeared today (a day later than previously advertised) on PC. It’s 300mb in size, which rather suggests that a bit more than the things mentioned above was changed. Nothing extra is mentioned in the Japanese site notes though. Mysterious.