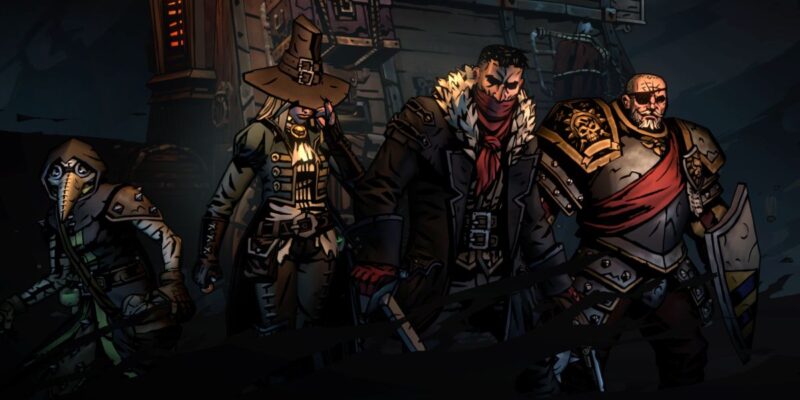 Darkest Dungeon, a rogue-lite RPG featuring a gothic aesthetic and brutal, tactics-based combat, gained quite the audience soon after its 2016 release. With this in mind, it should come as no surprise that many fans of the first game have eagerly anticipated its sequel, simply titled Darkest Dungeon II. Today those same fans will no doubt rejoice, as Darkest Dungeon II just entered Early Access on the Epic Games Store. To coincide with this release, developer Red Hook Studios uploaded a trailer a few days ago that briefly covers the basics of what the game has to offer.

According to the Epic Games Store page, Darkest Dungeon II guides players through “a roguelike road trip of the damned.” Each run lasts “less than 5 hours,” and as players progress through these runs, they can unlock “new hero abilities, items, and stagecoach upgrades.” The game also boasts a robust affinity system in which “heroes bond with each other or grate on each others’ nerves, leading to desperately needed combat synergies or journey-ending dysfunction.” As players progress through the game, they will need to “manage [the heroes’] stress and interaction to keep the team together until the bitter end.”

As one would expect, Darkest Dungeon II features some, well, dark environments to trudge through, “from the burning Sprawl to the diseased Foetor.” Along the way, players can “uncover and experience the tragic origin stories of each hero and unlock their full potential.”

The Early Access release of Darkest Dungeon II should provide fans the perfect opportunity to see how it stacks up to the original. Having said that, those who find certain aspects of it disappointing should keep in mind that the first game also went through an Early Access period before it became what it is today. With enough player feedback, the final release of Darkest Dungeon II could end up very different compared to the initial Early Access version.