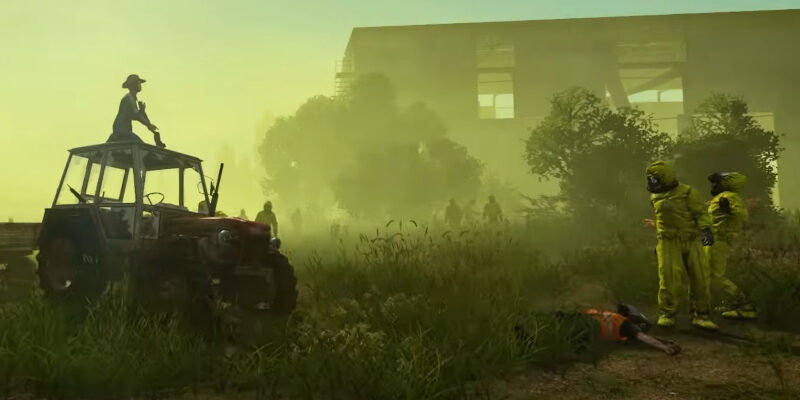 Ever since its launch in 2013, DayZ has received an impressive amount of post-release content. And developer Bohemia Interactive isn’t stopping any soon as the survival game’s biggest update of the year just got revealed. Dubbed update 1.14, it will introduce several new features to DayZ including Contamination Zones.

Contamination Zones will change how people play DayZ  forever. These new regions come in two variants: static and dynamic. Static areas contain lots of high-level loot whilst dynamic areas will make the world more lively. Both of these additions should improve both gameplay diversity and player conflict.

This update is looking to be a true expansion. Alongside the addition of Contamination Zones, update 1.14 will also introduce various new content to DayZ. This includes the new LE-MAS assault rifle, a gun inspired by the iconic bullpup FAMAS rifle used by the French military. It can be fired in single fire, burst fire, or automatic fire and chambers NATO standard 5.56x45mm ammunition.

Furthermore, three new hunting traps are being introduced. These are the big fishnet trap, a small fish bottle trap, and a snare trap. Each trap can catch certain types of animals depending on where it is placed and the type of bait used. As for booby traps, this update will introduce a tripwire for catching pesky trespassers.

Helicopter crash sites have received an overdue visual overhaul. Both the surrounding models and dense smoke particles have been cleaned up and are now visible from a greater distance. Moreover, the helicopter crash site now provides greater loot further encouraging players to check it out.

It’s not just the Contamination Zones and other content additions that are being added to DayZ. Bohemia Interactive has also used this opportunity to make numerous changes that should help out the modding community. Also, the Linux server distribution has entered the experimental phase of development. The team writes: “While we’re not ready to deploy it to the stable branch just yet, we would like to thank everyone who has already provided feedback from their own testing of the server on their Linux machines.”

Update — October 1 @ 1:30 PM ET: The original story stated that Linux users would be able to play DayZ following server distribution. This was an error and has been fixed.