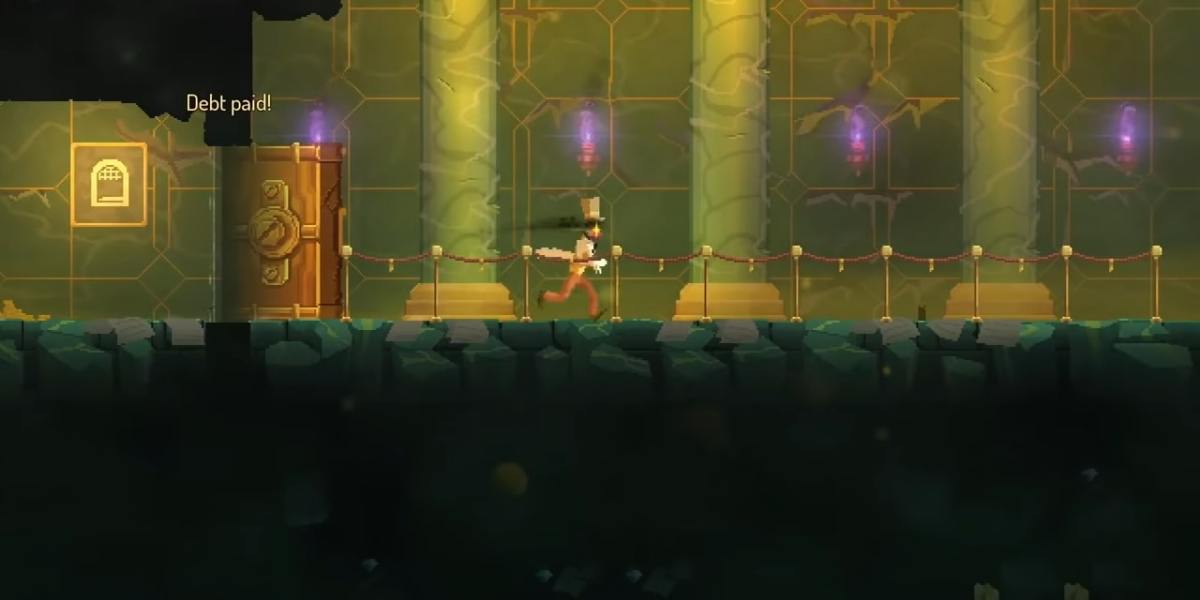 To access The Bank, you need to reach the Hand of the King once. It’s easier said than done. If you’ve already reached the said location, then The Bank will begin appearing the next time you set out from the Prisoner’s Quarters. Keep an eye out for a flashy chest in the transition area, but know that it will only appear once per run. So, if you choose not to enter The Bank when your first see it, you won’t get another opportunity. The Bank will replace the entire next biome in your path if you decide to break in.

The heist is on

The Break the Bank update introduces new ways for Dead Cells players to spend their gold. If you like to roll the dice, you’ll be able to acquire weapons and mutations with potent but risky effects with your heard earn currency. You can also take out a gold loan at the beginning of The Bank biome. Just don’t forget that you need to repay it at the end of the level.

The enemies inside the bank will come from the biomes that The Bank replaced in your run. The three new enemies included in the update will also be present. They are the Agitated Pickpocket, Gold Gorger, and Golden Kamikaze Bat. The Pickpocket wants to steal your gold. The Gorger collects more gold as it grows towards its powerful final form, and the Bat is the same as always — it just wants to ruin your day. But this time around it drops more gold.

As for the weapons, the Gold Digger is a pickaxe that gives you gold on hits. Plus, if you’re filthy rich, it will critical hit. The Dagger of Cupidity will crit for three seconds after you pick up gold. And the Money Shooter does exactly what the name suggests, it shoots your gold.

The three new mutations are also centered around gold. Midas’ Blood gives you gold when you lose health. Gold Plating causes you to lose gold instead of health when you get hit while Get Rich Quick gives you bonus gold when you kill enemies while you have a speed boost.

On top of the wealth of updates I have already mentioned, there are also some new outfits, balance changes, bug fixes, and more. You can check out the detailed patch notes here.

By Matt Henzel12 hours ago
News