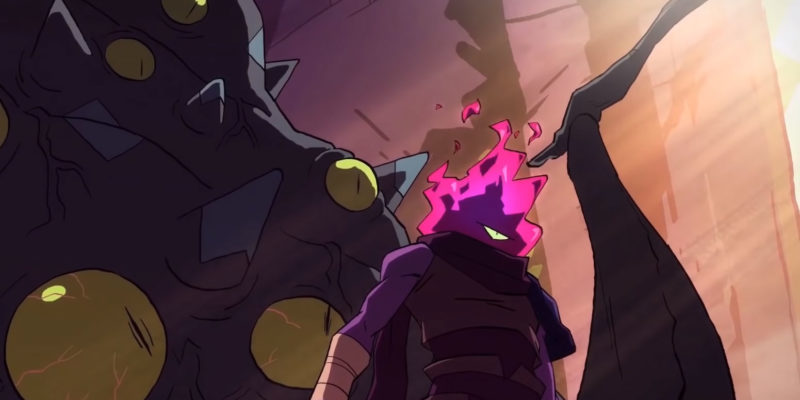 Motion Twin has released an animated trailer in celebration of today’s arrival of the Dead Cells: The Bad Seed DLC. The trailer treats us to the sight of our flaming-headed protagonist’s epic fighting moves as he dispatches enemy after enemy. Then we’re hilariously reminded that Dead Cells is a rogue-like game and one mistake could cost you your life.

The animated trailer also teases some of Dead Cells‘ newest content, as we see fire-face battling his way through one of the new areas, the Arboretum. It’s a relaxing and peaceful greenhouse inhabited by a peaceful mushroom clan. But they want you dead, so: To battle!

The Bad Seed will also grant you access to The Swamp. This noxious environment is packed with tree-dwellers with pointy sticks, dart-shooting frogmen, and a bunch of deadly bloodsuckers. And in The Heart of the Swamp lies a new boss for players to test themselves against. If the animated trailer is anything to go on, its weakness is a frying pan.

Big tick gonna give it to ya.

The DLC launches today and is not free like the previous updates to the game. The reason for that is Motion Twin wants to expand Dead Cells even more and continue to release free updates in the future. To do so, however, they need funds. But I’m sure many fans will be happy to fork out the $4.99 USD for an expansion to such a beloved title. The funds will also go towards the next title Motion Twin is developing, ensuring it has the time it needs to be all that it can be.

If you haven’t already purchased Dead Cells, you can pick it up on for PC via the Steam store. And once you’re ready for new challenges, make sure to check out The Bad Seed DLC.