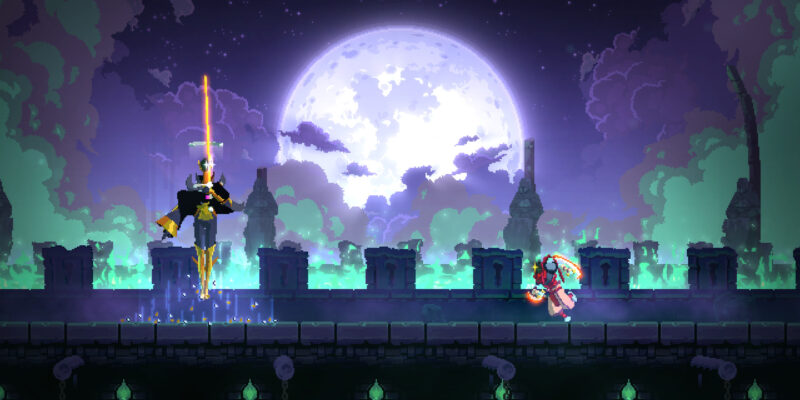 Motion Twin and Evil Empire recently teased a new boss coming to kill the headless protagonist of Dead Cells. Now, the duo has dropped a new trailer showing off some gameplay from Dead Cells The Queen and the Sea, and revealing a horde of details about the DLC, including the release date. Mark your calendars for January 6, 2022.

Dead Cells The Queen and the Sea DLC will be available for purchase for just $4.99 USD. If you own the base game but none of the DLCs, you can pick up a DLC bundle for $11.99 USD. Since this DLC brings an end to a massive story arc, Motion Twin and Evil Empire believe it’s an excellent time for newcomers to also try their hands and the punishing roguelike. They have put together a “Road to the Sea” bundle which includes the base game, and the trilogy of DLCs. It’s available for a reasonable $32.99 USD.

The Queen and the Sea will take players to two new biomes, The Infested Shipwreck and The Lighthouse. These locations exist parallel to High Peak Castle and the Throne Room levels. In the Shipwreck, you will explore the belly of a rotten ship, while battling the eldritch horrors that inhabit the area.

As for the Lighthouse, it’s a vertical biome that requires you to leisurely climb your way to the top of the tower. Just kidding. You need to outclimb rising flames while fighting off highly skilled warriors. Awaiting you at the top, if you can make it that far, is the DLC’s new boss, The Queen.

To take on the new challenges in The Queen and the Sea, you’re going to need a devastating new weapon. But what you’re going to get is a pet called Leghugger. It can evolve though, which is nice. You can summon your pet to attack your enemies. This will feed it and eventually result in it transforming into its stronger adult state.

Okay, there are also some sweet new weapons. There’s the Hand Hook that throws enemies into walls. If you complete a secret side quest in the bowels of the shipwreck, you can unlock The Abyssal Trident. Sounds dangerous. You can also wield The Queen’s Rapier, which slices through reality. You can see The Queen demonstrating this in the trailer above. It looks awesome. You may also have noticed the protagonist wielding a shark like a weapon. After the January 6 release date of The Queen and the Sea, you’ll be able to do just that in Dead Cells. Now that’s content.

By Sam Robins2 mins ago
Hardware