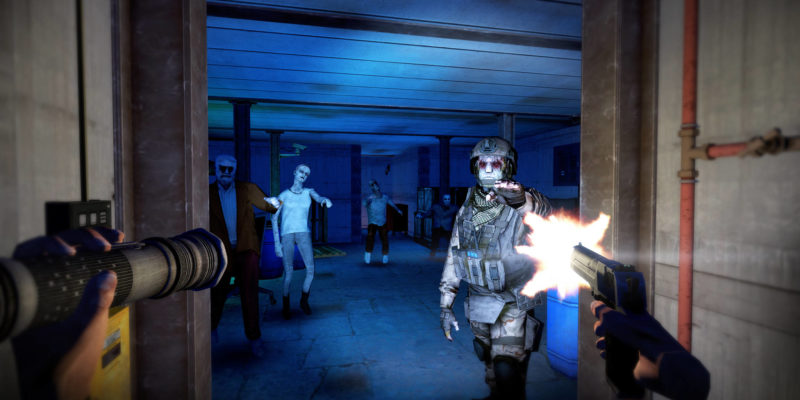 Despite all the excitement for Half-Life: Alyx, it’s important not to forget the games that paved the VR path. Arizona Sunshine was one of the earliest examples of VR shooters done right, and the developer isn’t done with the game yet — despite it launching more than three years ago. The game landed on Oculus Quest late last year, and when it did, the developer offered an extensive content roadmap. After three updates, its next DLC, titled Dead Man, is here to take you on a journey before the story of the main campaign.

Dead Man is a prequel story, of sorts. Unlike the Old Mine update, Dead Man has a more narrative slant, putting you in the role of a US Army Special Forces soldier struggling to curb the rising zombie infestation. The DLC still runs along the same gameplay parallels as its base campaign. You, that is, a pair of floating hands, use a multitude of weapons to brain walkers, runners, and undead bikini babes. 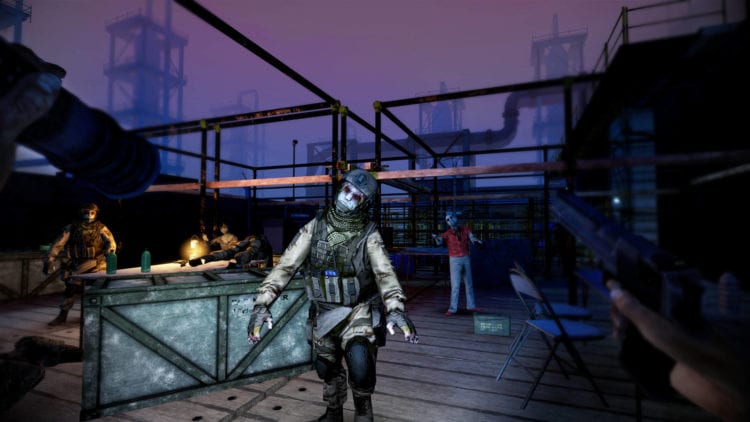 The setting and story is different, naturally. Instead of basking in the, well, Arizona sunshine, you’re stuck in a US missile base crawling with green-skinned monstrosities. Your goal in Dead Man is to use a squad to clear the path to a missile. What this missile contains — whether it’s full of zombie cure, pictures of cute cats, or weaponized Axe spray — isn’t all that clear in the notes offered. However, reaching it and sending the package home is the crux of your mission in Dead Man.

Whether you survive the mission is also unclear, but with a name like Dead Man, it is ominous. Of course, you can better your chances when you’re not alone. One of the best features of Arizona Sunshine has always been its co-op mode, where you and a friend can clear waves of zombies together in jolly cooperation.

The Dead Man DLC for Arizona Sunshine is now available on Oculus Quest. You can pick it up for $2.49 USD on Steam. Its previous DLC, The Damned, is pricier at $4.99.