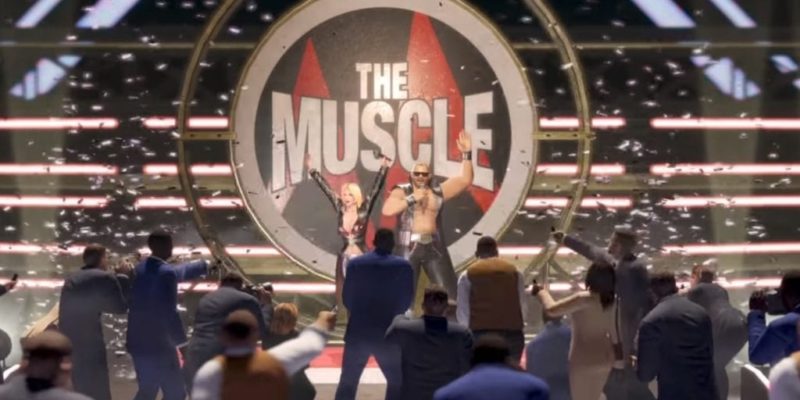 Grab those folding chairs and keep away from ladders, gamers! Team Muscle has entered the Dead or Alive 6 stage. The latest trailer for Koei Tecmo’s upcoming fighter is one of spectacle, reintroducing old fighters and an electrifying new arena.

Bass and Tina are certainly no newcomers to the game. Two of the franchise’s premier grapple fighters flex their muscles in the new trailer. Well, mostly they just dropkick each other. Indeed, their version of “daddy-daughter” time takes a different slant than the norm, as they’d each rather clothesline the other into electrified cables. Tea time is for chumps.

“And while Tina flashes some of the same versatile throws as her father; including an explosive new slam added to her repertoire, she is also proficient in strikes as Bass trains her to become the top wrestler in the world,” says the video’s description.

These two fighters are only part of the team. Mila, who made her debut in Dead or Alive 5, makes up the third act in this goofy trio. She’s described as a “mixed-martial artist known for winning titles as a result of tackling techniques and her expertise in the ground-and-pound game.” The trailer shows her as someone who looks up to Bass, so there’s little doubt we’ll see that come into play during the game’s story.

The Stage Is Set

Finally, we have the new arena. It’s called “The Muscle,” because imaginative names are for people who don’t suplex their family members. The stage is your typical wrestling ring, surrounded on all sides by jostling fans and blinding lights. There is a catch, however. The ropes are… not exactly made of fiber. Stretched around the stage are metal cables, and because this is Dead or Alive, they are charged with electricity. The series is all but predictable when it comes to stage hazards.

Dead or Alive 6 releases digitally on PC via Steam on February 15, 2019. For more information, check the official site.

Forza Motorsport 7 Will Ditch Its Pseudo-Lootboxes in November