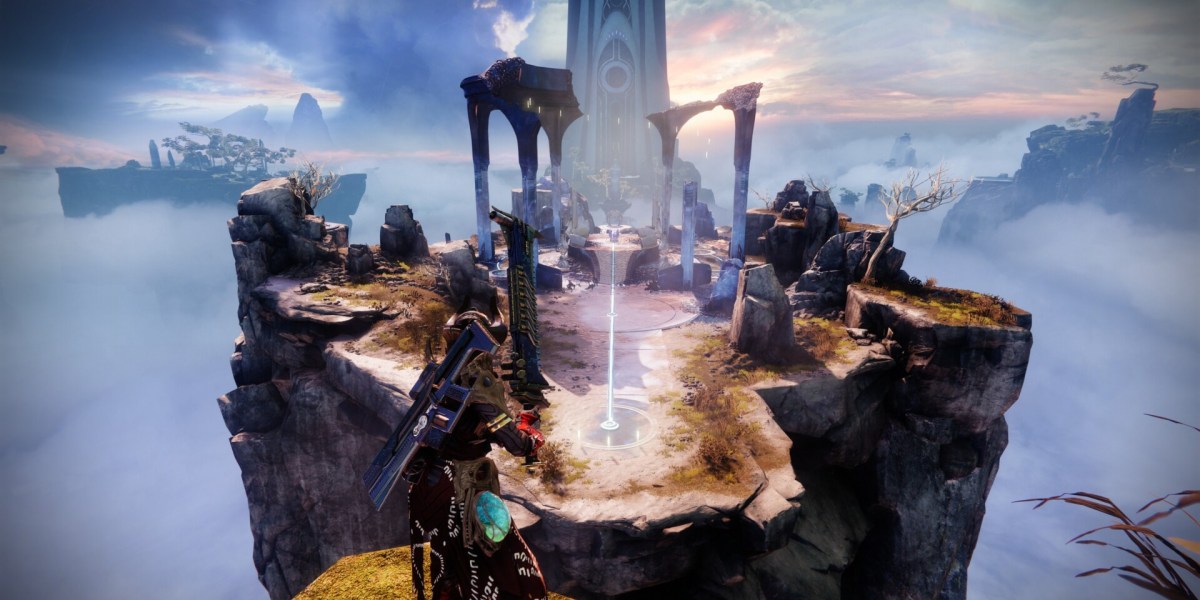 The Astral Alignment is a new six-player activity that just got introduced in Destiny 2: Season of the Lost. In it, you’ll have to battle the Taken and the Scorn in various parts of the Dreaming City. Towards the end, you’ll face off against a deadly boss. Here’s our Destiny 2: Season of the Lost Astral Alignment guide to help you with the Taken Rift, Ether Harvest, Charge the Batteries, and the boss fight.

After finishing “Mission Cocoon” to get the seasonal artifact, you’ll be asked to go back to the HELM. If you click on the terminal, you could pick up some Wayfinder’s bounties and at least one mod. Next, Petra tells you that you’ve got a new task called “Wayfinder’s Voyage I.”

The objective now is to do an Astral Alignment activity. Go ahead and open the Dreaming City’s map to start random matchmaking. 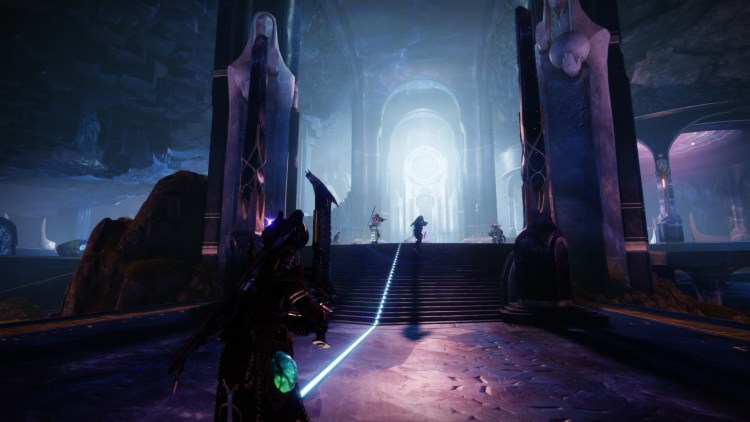 Your team will spawn in the Blind Well. Kill the first few mobs here until you’re teleported to a different area in the Dreaming City’s exterior. For the first phase of the Astral Alignment activity, you’ll need to collapse the Taken Rifts: 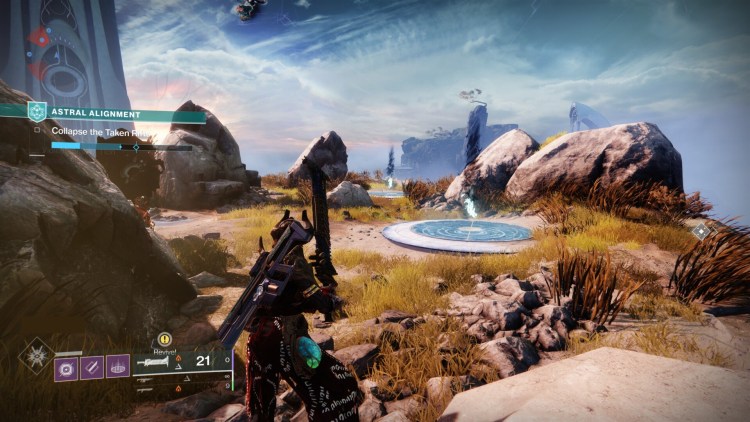 Ether Harvest or Install the Batteries

After going past 50% in the progress bar, you’re brought to the next phase of the Astral Alignment activity to prevent the Ether Harvest:

Alternatively, you could encounter the Install the Batteries objective instead. For this one, you’ll need to bring three Paracausal Batteries to the pylon at the center of the area. While you’re carrying one, you’ll move at a very slow pace (kind of like the Siege Engine fight in the Wrath of the Machine raid). After 10 seconds elapse, your character will be exhausted. You’ll end up dropping the battery and you’ll be unable to pick one up temporarily. As such, the team must relay these objects until all three have been placed in the marked spot.

Note: To help out your group, you’ll want to stand close to someone who’s carrying a battery. This will give them a slight boost to their speed. Likewise, the aura will allow you to shoot and stun enemies. 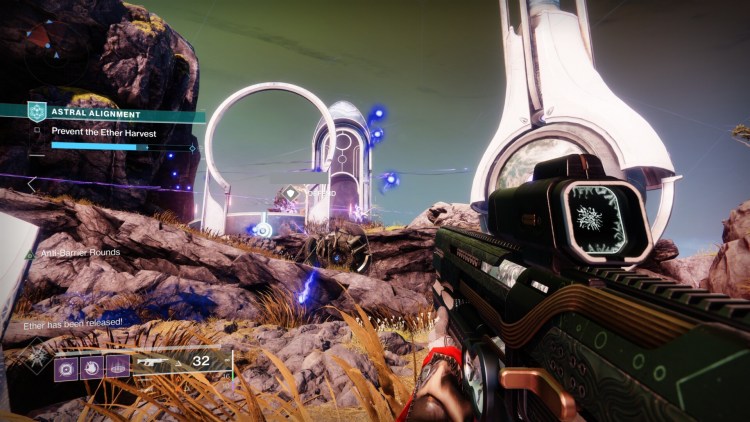 Bungie is aware of the problem, so the developers will be disabling this phase at 10 a.m. PDT on August 25. It’s possible that you’ll end up doing Install the Batteries instead of the Ether Harvest.

Correction: the Ether Collection encounter of the Astral Alignment activity will be disabled at 10 AM PDT on August 25. Currently, when players reach this part of the activity, they must not destroy all the ether wisps in order to complete the encounter. https://t.co/FxyYbgn8k6

After completing the tasks, you’ll be teleported back to the Blind Well to face Kholks, the boss for the Astral Alignment activity in Destiny 2: Season of the Lost. In spite of the funny name, this Hive Ogre hits hard and is completely shielded. To break its shield, you’ll need to do the following: 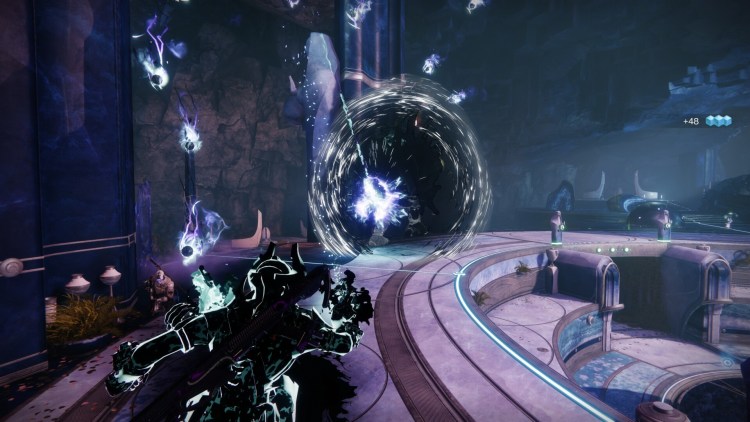 With the boss’ shield down, it’s time to nuke it. Use your supers and swords to bring down a chunk of its HP. Once its shield is back up, repeat the same process as before until it’s defeated. Go ahead and open the chest to receive an item.

Now that the Astral Alignment offensive is completed, go back to the Wayfinder’s Compass terminal in the HELM to finish this “Wayfinder’s Voyage” quest step. You’ll receive the Iota Draconis Solar fusion rifle. Likewise, you’re given a task to search for the Atlas Skews as part of the “Tracing the Stars” quest.

Should you do the Astral Alignment activity again? You definitely can. You’ll receive some loot and even powerful gear if you open the chest/trove at the end a few times. Moreover, you can unlock some Wayfinder’s Compass upgrades to gain boosts to your rewards here.

Update: Week 2 boss – Let’s go to the next part of our Destiny 2 Astral Alignment guide to talk about your opponent during the second week.

Update: Week 3 boss – The boss for the Astral Alignment in week 3 is Kholks (again). However, it seems that progression can bug out. I actually had to do three of these activities. I got an error during the first one. Then, in my second attempt, the quest simply didn’t advance any further, as though I never completed my Astral Alignment run. I did make sure not to back out early, so be prepared to experience some frustrations. 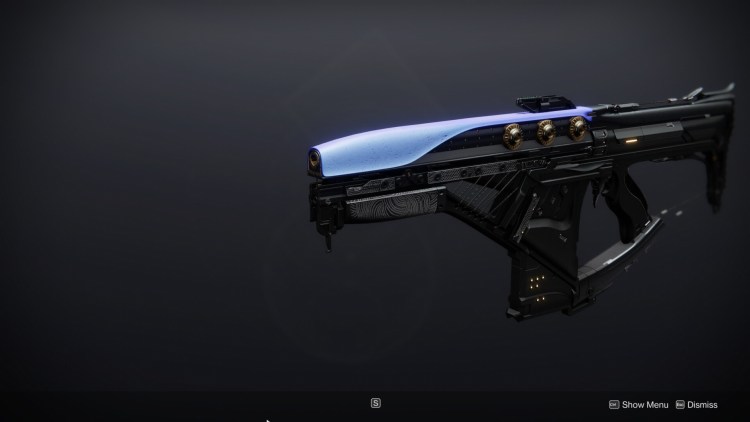