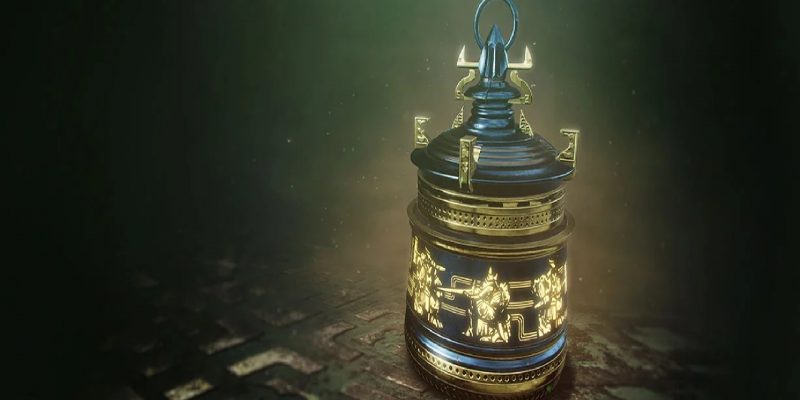 The Bell of Conquest is your seasonal artifact for Destiny 2: Season of the Chosen. Here’s our guide that discusses how you can get it, and what its perks and mods entail.

Destiny 2: Season of the Chosen – Bell of Conquest artifact guide

Getting the Bell of Conquest seasonal artifact is actually quite easy that it’s almost like Bungie’s practically throwing it your way. After watching the opening cinematic, you’ll find yourself in Battleground: Behemoth (an activity on Nessus).

Just follow the objectives such as defeating more Cabal, taking out majors, and throwing bomb orbs at generators. Oh, and do watch out for falling drop pods.

After killing the boss, you’ll get the Bell of Conquest seasonal artifact. As usual, you’ll gain an increase to your character’s power level as you earn more XP. Likewise, you’ll be able to unlock additional mods. 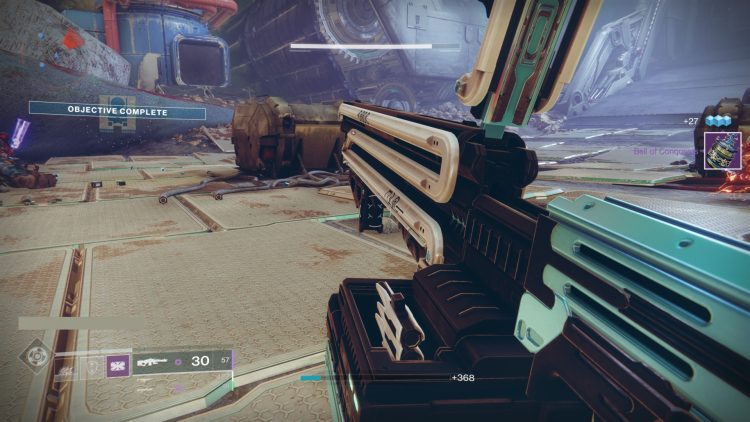 Without a doubt, “Scout and Sniper Rifle Targeting” is a mod you’ll want to get. This is one of those rare occasions where a mod buffs two weapon types in the game. 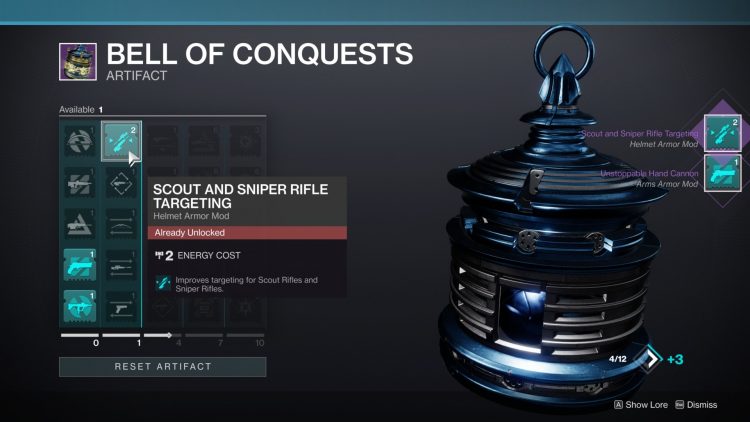 Obviously, “Anti-Barrier Sniper” is quite a surprise. If last season gave us a mod that allowed shotguns to stun Unstopppable champs, then Destiny 2: Season of the Chosen has snipers becoming effective versus Barrier champs with this mod.

Both “Focusing Lens” and “Glacial Inheritance” seem very helpful especially when some players in your fireteam use Stasis. Meanwhile, “Sundering Glare” sounds like a new option that lets you debuff enemies (perhaps you’ll get more mileage out of it while firing with snipers, scouts, or even Hawkmoon). 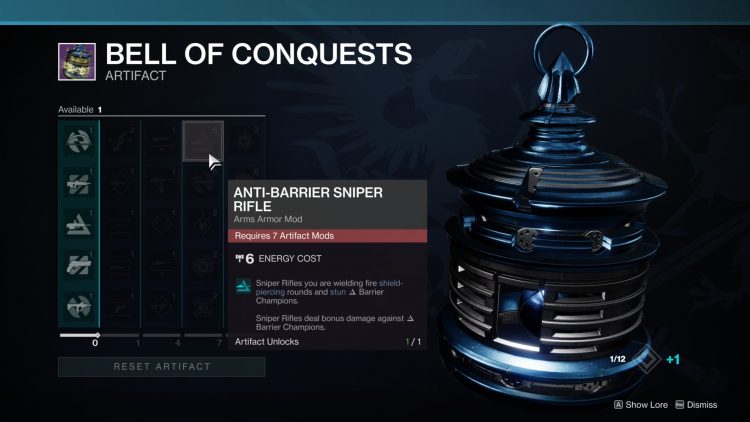 By Jason Rodriguez58 mins ago
Guides