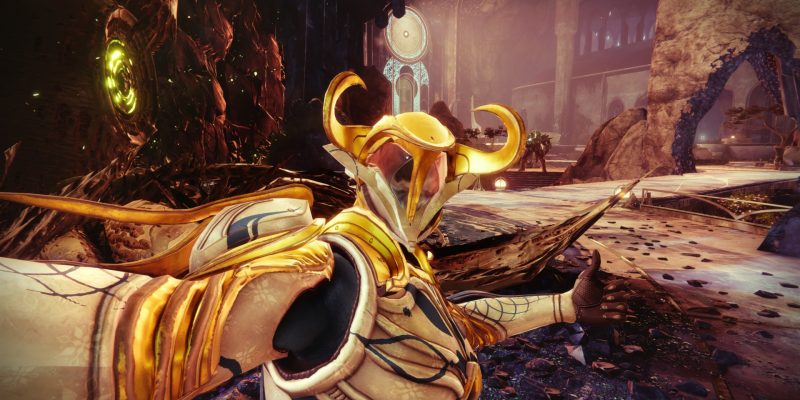 With Destiny 2‘s Dawning event drawing to a close, Bungie has another activity for Guardians. It’s the Coup de Grâce mission, one where you need to hunt down the High Celebrant of Xivu Arath. In the end, you’ll obtain a pinnacle reward to further boost your character. Sadly, the mission itself is also a little buggy, so here’s our guide to help you out.

Note: For more information, check out our Destiny 2: Beyond Light guides and features hub. Likewise, please be reminded that this guide contains minor spoilers.

Destiny 2: The Coup de Grâce mission and the High Celebrant

To start Destiny 2‘s Coup de Grâce mission, speak with Crow in the Tangled Shore. You should be able to pick up the upgrade (“Improved Seeker II”) that lets you hunt down the High Celebrant of Xivu Arath.

Open your Cryptolith Lure and slot it in. You’ll notice that this Wrathborn Hunt awards pinnacle gear and that you can also add the “High Stats” armor trophy mod. 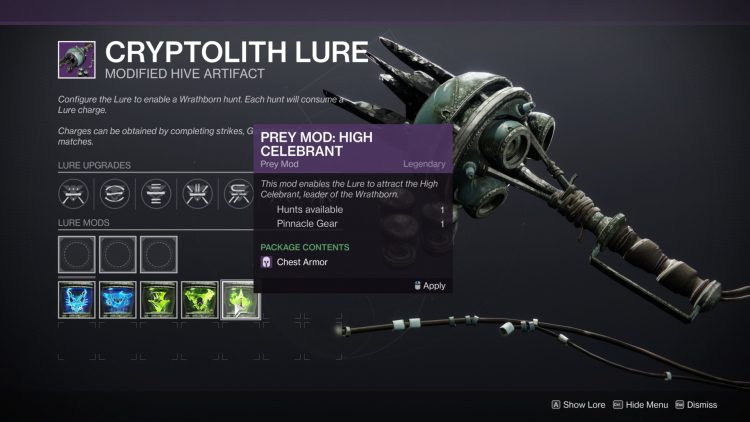 After configuring the Cryptolith Lure, open your destination panel and check the Dreaming City to see the Coup de Grâce mission. It also says that “The Fourth Mark,” an exotic ship, can be obtained.

Anyway, go ahead and start the mission and reach the Cryptolith pillar. Interact with it to spawn the High Celebrant. 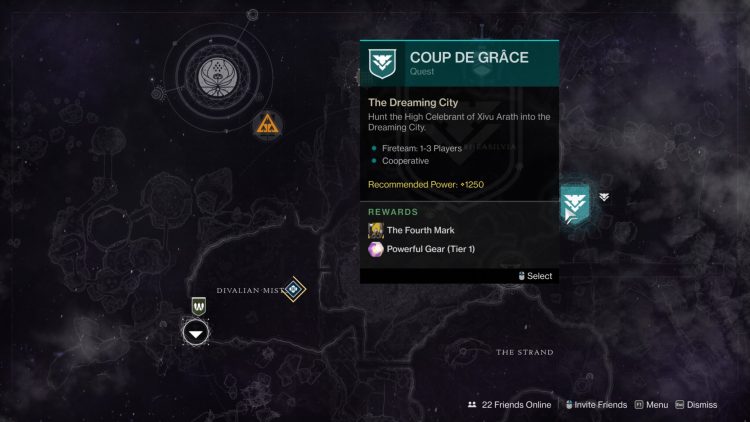 This fight is akin to what you’ve experienced in previous Wrathborn Hunts. There are several mobs, but you need to take out the ones with a green glow.

These hostiles give you the Wrathful buff, allowing you to deal a lot of damage to the High Celebrant. 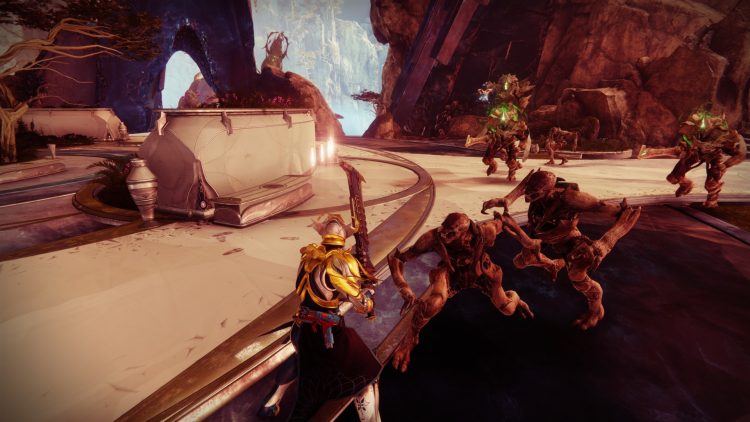 There’s a potential bug here. It seems that if you greatly damage the High Celebrant in one go, you’ll break the boss’ script. This actually happened to me when I kept swiping at it with the Lament exotic sword after getting empowered by my Titan’s bubble.

The boss just stood there and no additional mobs appeared. Killing it also doesn’t yield anything, so you’ll have to restart the mission. 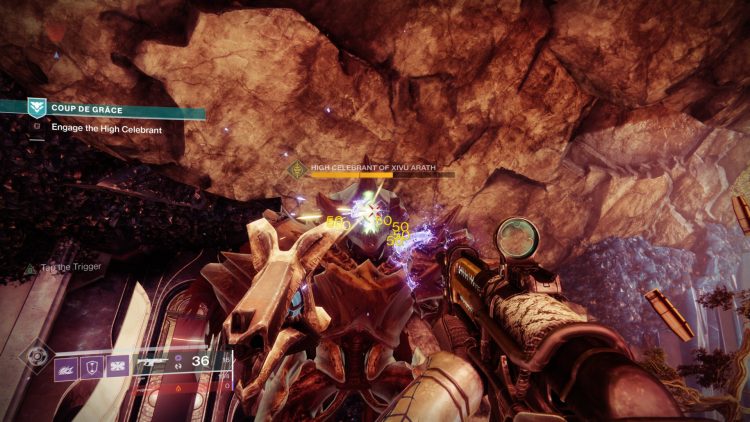 In any case, if you take a few potshots at the target, it should teleport away. You’ll then be able to shoot a mini-blight/darkness orb that creates a portal to the Ascendant Realm.

Again, there’s a possibility that you’ll encounter a bug here. If you shoot the orb before the objective marker for it appears, it won’t spawn the portal and you might need to restart again. 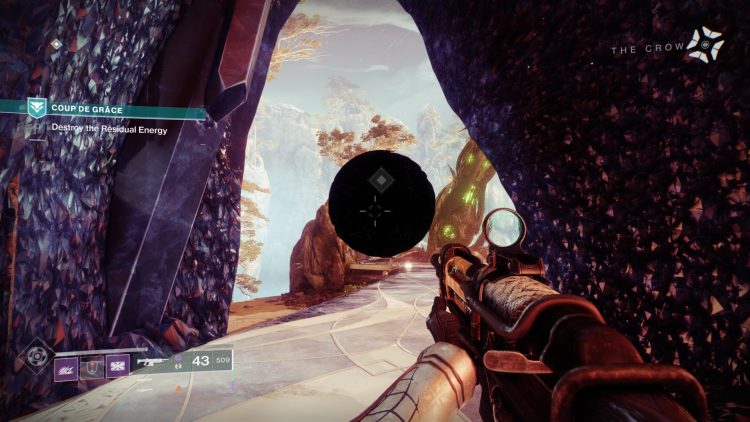 If everything goes well, you’ll be able to enter the Ascendant Realm.

You’ll chase down the High Celebrant back to the Dreaming City, then back inside the Ascendant Realm once more. 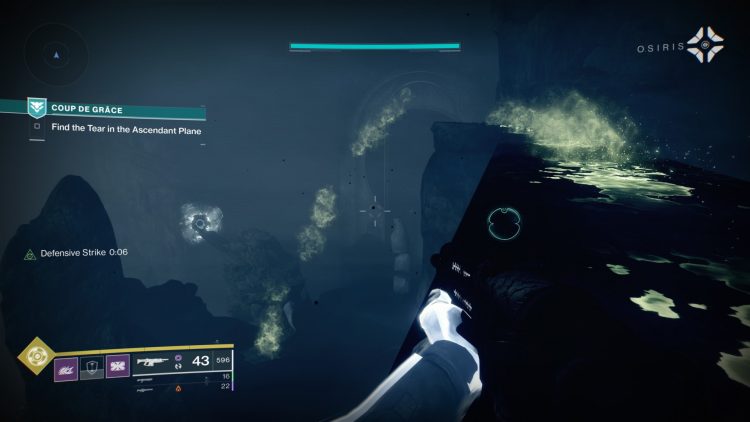 Towards the end of this chase (after killing an ogre), you can place a lure to spawn invisible platforms leading to a portal. This takes you to an Ascendant Realm that you should be familiar with if you played Destiny 2: Forsaken.

There’s a wizard here that gives the Wrathful buff and a Barrier servitor that you need to take out. Later, once the boss’ health is low, Osiris will help you stun it and you should be able to finish it off. 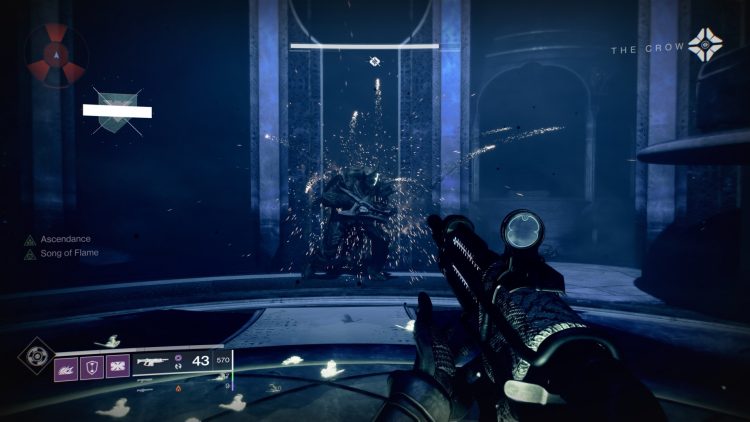 When you’re done, visit Spider in the Tangled Shore for a short cinematic. The Guardian will ask to claim Uldren Sov/Crow and you’ll depart with your blue buddy.

Funnily enough, if you speak with Spider again, you’ll realize that Crow’s still back in his little corner. 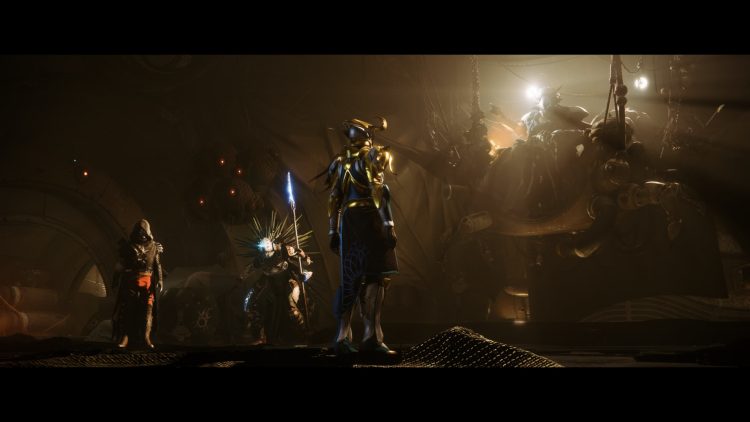 As for the rewards, my pinnacle drop was a 63-stat armor piece when I finished it on my Titan. However, other players have reported getting low stats on their items.

Low total stats on armors shouldn’t be possible given the Cryptolite Lure mod you slot in, so I hope this gets fixed soon. 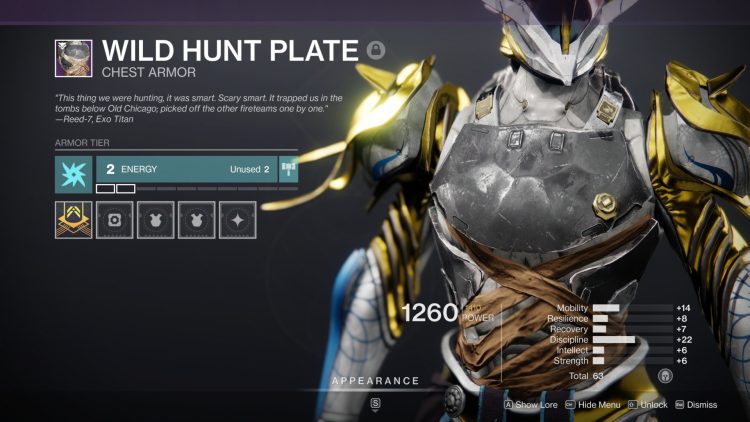 Likewise, Bungie has confirmed that some rewards aren’t dropping at all, including the exotic ship. Moreover, if you’re gunning for the “Warden” title/seal, Destiny 2‘s Coup de Grâce mission isn’t the final step. Apparently, two more triumphs will need to be discovered and obtained in the future.

Lastly, don’t forget to switch to your other characters. You can still do the mission on your alts to grab those pinnacle rewards.

We are investigating an issue where some rewards are not dropping from completion of the High Celebrant mission.