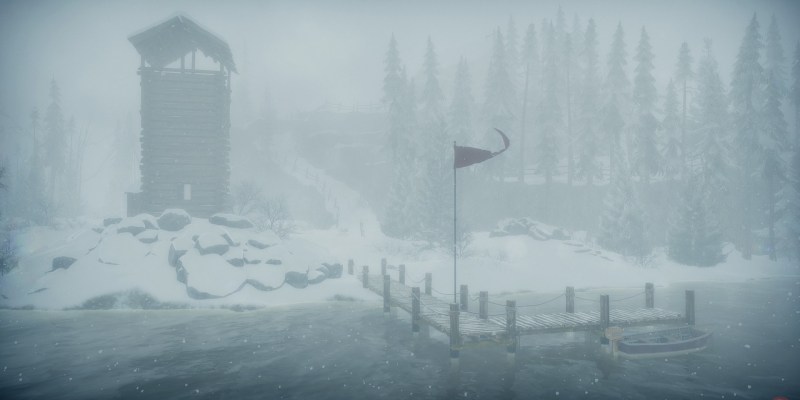 Back in 2017, developer Parabole formally introduced itself to the gaming world through its debut title Kona. This distinct adventure game mixed detective-style puzzle solving with survival elements as it saw protagonist Carl Faubert attempting to uncover a mystery in the middle of the Northern Canadian wilderness. Although Kona received fairly mixed reviews on Metacritic, it earned a noticeably more positive reception on Steam, so it definitely has its fans. And luckily for them, Parabole and publisher Ravenscourt have just come back with an announcement trailer for its upcoming sequel Kona II: Brume.

The Steam page shares only a few light details regarding Kona II’s story, which once again stars Detective Faubert as he goes back to the Canadian wilderness. It even takes place in 1970 just like its predecessor. This time, though, Faubert travels to the fictional Manastan area, which houses a mysterious mist called the Brume that “[disconnects] a rural mining village from its quiet reality and [disrupts] the balance of nature.” By exploring this area and communicating with “both victims and survivors of a devastating avalanche,” Faubert hopes to discover the Brume’s origin and why it has ravaged the land.

Players can help Faubert uncover clues for his investigation by searching the shacks of a ruined village in addition to roaming nearby lakes and other areas with his dog sled. Of course, you have to make sure that Faubert survives all of this, as the elements and wildlife alongside the Brume itself threaten to end his investigation prematurely.

Neither the trailer nor the Steam page shows a definitive release date for Kona II: Brume, with the trailer description only saying that it will come out at some point in 2023. However, you can download the free demo on Steam and see if the game’s combination of detective sleuthing and wilderness survival works for you.