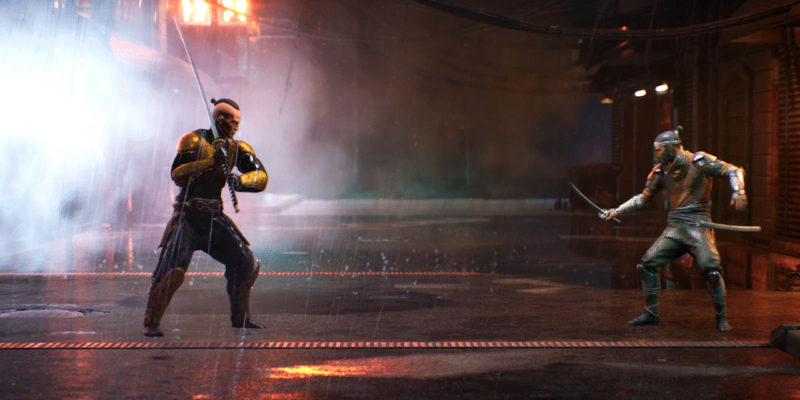 The Bushido Blade inspired one hit kill sword based fighting game Die by the Blade hit a big milestone today. The publisher of the game, Grindstone, along with the developers Triple Hill Interactive and Toko Midori have announced that Die by the Blade has reached its initial Kickstarter funding goal.

Die by the Blade expands on the one hit kill style of gameplay as seen in Bushido Blade, and other similar titles, by adding in a few extra wrinkles to the system. For one, only a clean hit to the head or torso will result in a one hit kill. Savvy players can also target their opponent’s legs or arms to hinder them, which is a very cool addition. The game promises a complex combat system full of parries, dodges, and more to please even the most seasoned veteran. However, the controls are simple enough that beginners can also pick up and play with ease.

In addition, new stretch goals have been announced on its Kickstarter page, the first of which are additional ranged weapons. According to Grindstone, this addition will give each character one ranged weapon that can be used once per round. However, it can still be blocked with a sword, so offensive players will have to choose their moments carefully. Likewise, those on the defensive must always be aware that their opponent has this option available to them. If this goal is reached it should introduce a very unique back and forth between players.

We’ll announce when Die by the Blade reaches these new Kickstarter stretch goals.

The spirit of Bushido Blade lives on

Die by the Blade will also have local and online multiplayer, and hopefully it will include rollback netcode for its online portion. There will also be lots of customization options for players for the, as of now anyway, six playable characters. The game is currently slated to release sometime in 2021 and will be available for PC on Steam.