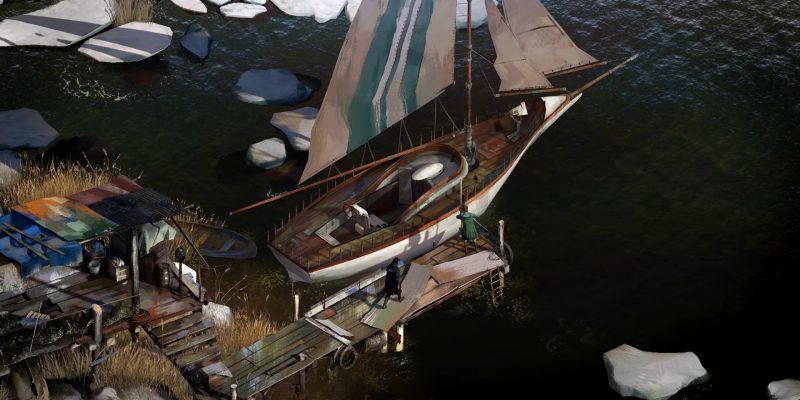 When not sleuthing or getting killed by murderous ceiling fans, you’ve probably been wondering when Disco Elysium: The Final Cut would release. Developer ZA/UM has been teasing it since December. Stopping only every so often to detail what the edition is all about. Fans of the dark, pen-and-paper-style role-playing game have been eager to know when the update is on the way. Today, the developer confirmed that Disco Elysium: The Final Cut is out on March 30. And yes, it will still be a free update to all current owners of the game.

Disco Elysium: The Final Cut is the definitive version of the smash-hit detective game. It will include a host of new additions on top of what was already a fantastic story. Final Cut includes new Political Vision quests, characters, clothes, and cutscenes. Controller support is also getting added, along with a full English voice-over.

To celebrate, ZA/UM is offering a bit more, so long as you’re willing to part with some cold cash. Disco Elysium: The Final Cut is getting a collector’s edition, which includes an art book, a ‘Mind Totem’ statuette, and a physical copy of the game — all of which provided by iam8bit. It’ll ring you up for $249.99 USD, and appears to be only on console. So, if you’ve managed to score one of those elusive — possibly not real — PlayStation 5’s, it may be of some interest. Of course, you could also just save that money for a set of vinyl LPs sold at the website. If the soundtrack isn’t your jam, ZA/UM also has sets of Displate posters on offer. No, those aren’t cheap, either.

Back to reality, horrible reality

If you already own Disco Elysium, the Final Cut edition is a damn good deal and worth checking out ahead of release. The base game itself is a rich tapestry of roleplaying delights. Tools, upgradable and flexible skills, complex characters, and gritty realism highlight the game. It won multiple rewards on release, earning a Very Positive rating on Steam with many users calling it one of the best games ever made. That’s some high praise, and it’s impressive to see the developer doing even more.

Check out Disco Elysium: The Final Cut when it releases to PC via Steam, the Epic Games Store, and GOG on March 30.