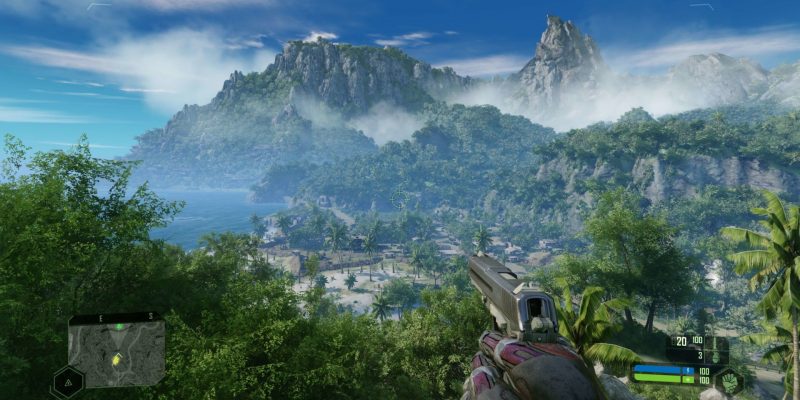 “Can it run Crysis?” It was the question that plagued PC players back in 2007. For most of us, the answer was a resounding “no.” Or even, “hell no,” followed by pained laughter. My old PC couldn’t even run the original Far Cry without artifacting. Today, most modern rigs can play Crysis without breaking a sweat. But what about the fully remastered, ray tracing-enabled version of everyone’s favorite GPU benchmark? See the aforementioned answers. Even with my 2080 Super, scouting enemy camps or taking in the vast ocean surrounding the island paradise caused frame drops. I didn’t need a better card; I needed Nvidia’s DLSS. Today, my wish was granted. DLSS has now been added to Crysis Remastered in its 2.1 update today.

For those who don’t know, DLSS is pretty much made of magic. It uses artificial intelligence to improve resolution in images, all the while requiring fewer pixels to achieve a high-quality results for Nvidia 20 Series cards and above. Basically, it does more with less. Many games are already using the technology, such as Ghostrunner, Metro Exodus, and Control. While DLSS is activated, you can play these games and more at, or close to, maximum settings while enjoying a higher framerate. Hopefully, you’ll see a positive change the next time you boot up Crysis Remastered with the DLSS update. So, take the PC out of the freezer.

Of course, there were other issues with Crysis Remastered, which update 2.1 attempts to address. The update, which clocks in at 6.39 GB, fixes some crashes and bugs that have plagued the game. Some of the crashes addressed include the occasions while on Exodus – Sphere and Reckoning – Fleet. Some of the bugs fixed cover the FPS counter being inaccurate, placeholders appearing in the menu, and several issues surrounding language translations. 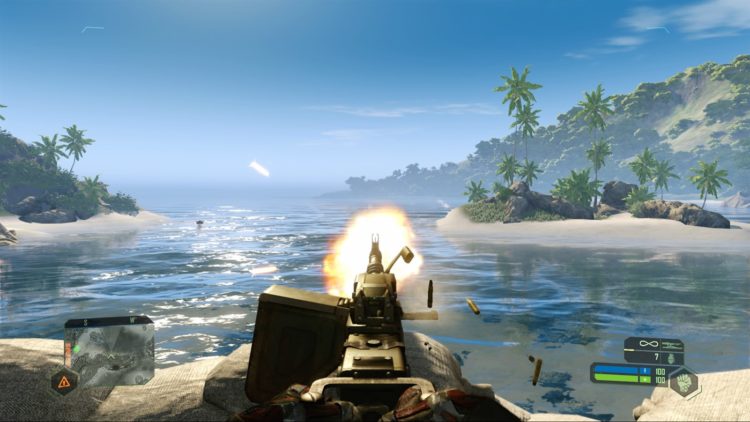 The update doesn’t fix everything, however. According to the patch notes, some known issues remain. These include the blurring of distant textures with DLSS turned on, and yellow-tinted windows for civilian trucks in Very High quality or above when RTX is enabled. I guess we can’t have everything.

Crysis Remastered is available on the Epic Games Store. The update will start as soon as you boot up the service with the game installed. If you don’t have the game yet, it’s currently on sale for half off.

A Dying Light 2 developer update is coming next week