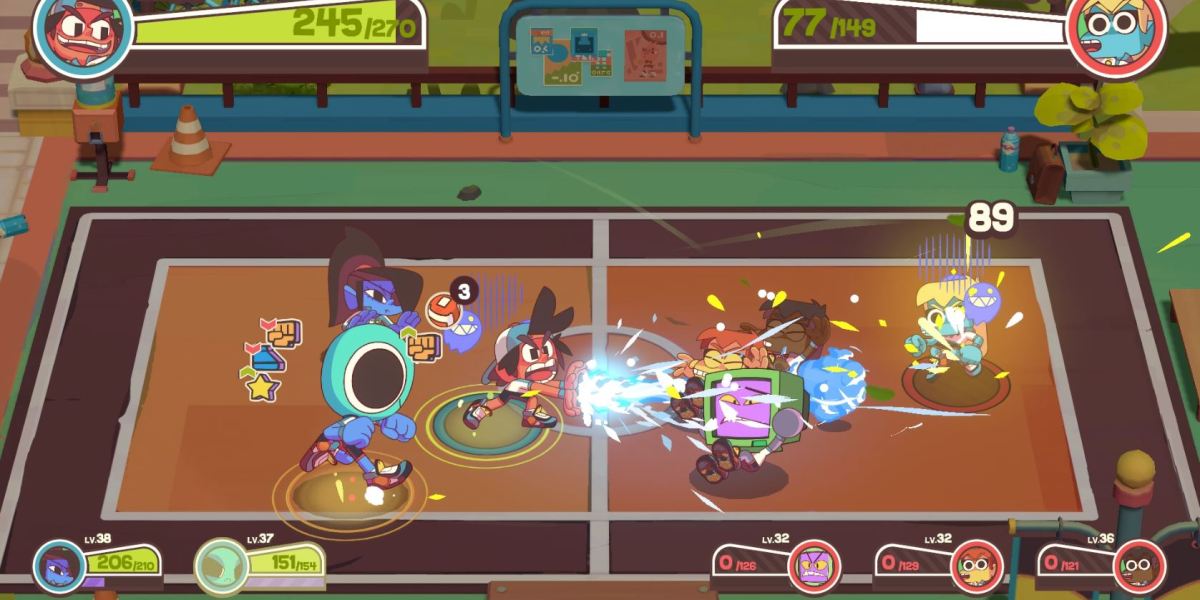 Dodgeball Academia is a newly released RPG with a live-action combat system that takes the form of dodgeball matches. And the dodgeball players are all superpowered students with unique techniques and ultimate abilities. Hot on the heels of the release of Dodgeball Academia, I got the chance to interview the co-founder and producer of developer Pocket Trap, Henrique Alonso, about the game’s inspirations, blending game genres, and the power of nostalgia.

To truly dominate in Dodgeball Academia, you need to master the RPG elements, like party selection and character building, as well as the real-time dodgeball combat. It’s a lot of fun and certainly a unique RPG. You can check out my detailed review of the game if you’d like to learn more about the superpowered dodgeball brawls.

PC Invasion: Why did you choose dodgeball?

Henrique Alonso: It all started with conversations between us at Pocket Trap and Ivan Freire, who did some work with us before we embarked on this project. He used to love dodgeball games, especially Super Dodgeball [sic] for arcade, and lots of other classic dodgeball Japanese games. He was feeling very nostalgic about dodgeball games. We were almost finished with Ninjin: Clash of Carrots, which was our previous title, and we were looking for new ideas for our next project.

We had this conversation with Ivan and I honestly was not super familiar with Super Dodgeball [sic] but he introduced me to it, and I fell in love with the genre. I felt like it was a very good opportunity to bring the genre back with a modern twist. I think Super Dodgeball [sic] was from the ’90s and we wanted to bring this to a new audience. Here in Brazil, it’s a very popular activity in school – mostly we played soccer but we also played volleyball and dodgeball. It was a very nostalgic theme and that is why we chose it.

PCI: There are a lot of mentions of sports manga in the game. Were there any in particular that inspired you?

Alonso: Very good question. Here in Brazil, anime and Japanese culture are super popular. We all grew up consuming shows and anime like Dragon Ball. I think what we grew up with most was Captain Tsubasa and SLAM DUNK. We also liked things like Ping Pong and Inazuma Eleven. And really, it was a huge mix of references and inspirations – there wasn’t just a single one that stands out.

Also talking about inspiration, we used to love Mario Tennis and Mario Golf games from back in the day — the ones that Camelot made for Game Boy especially. They had an RPG element, the story mode, and the career mode. We really loved that genre and we really wanted to bring that back. 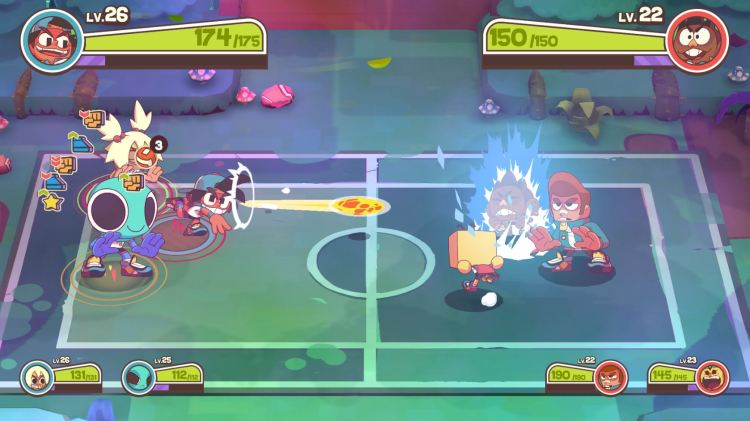 PCI: Sports and RPGs aren’t a typical combination. How do you think Dodgeball Academia gets the best out of both genres?

Alonso: Most dodgeball games are only versus and we had this challenge of adapting the dodgeball gameplay with RPG and adding single-player elements and then adding story on top of it. We had to prototype it many times. I think the most challenging thing was to adapt the AI so we could have a progression system that made sense. It is still a dodgeball game but it also is an RPG.

At some point we almost went in a different direction, trying to make it a turn-based game which would have made it even more of an RPG game than traditional dodgeball mechanics. But no, we decided we really wanted to make it a dodgeball game and an action game with RPG elements. It was the biggest challenge of development, trying to find this perfect balance. Hopefully, we got it right.

PCI: What inspired the art style? I got a strong ’90s Cartoon Network feel from the character designs.

Alonso: Art style is something that came in a natural way for Ivan (co-creator/art director). We love cartoons, and animation from all around the world, and of course stuff from Cartoon Network, animes, and mangas were a clear reference because we grew up watching these kinds of things and they are all a strong influence on his work. I believe his art style is a result of this mix.

Many characters were born from sketches that Ivan already had and deserved a chance, so we took those and created new ones with him to compose a roster of diverse and colorful characters. Most of them were created by first determining their personalities and traits.

It’s important to add that we put our heart and life into creating the game and its characters. Some of them are inspired by real-life experiences, like Otto was inspired by Ivan’s dog who passed during the game’s development, and some other characters are inspired by friends or acquaintances that we had during school and college times. 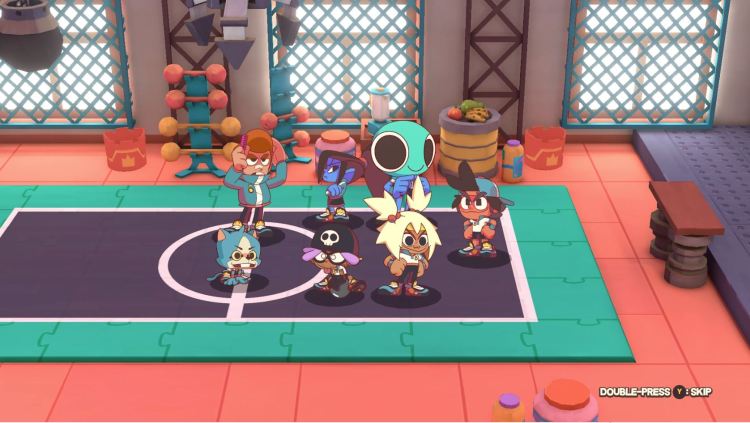 PCI: Is there anything you want to adjust in the game in a future patch? Difficulty, pacing, add or remove skills, or anything like that?

Alonso: It’s a big game so we had to leave some ideas behind so we could stay within budget and actually deliver the game within our timeline. I’m very confident and happy with what we have right now, but there is always room for improvement. We’re planning to follow the feedback we get from the game’s release closely. I’m pretty certain that we’ll try and tweak as much as we can, especially the difficulty and the progression.

PCI: What are your favorite balltimates and why?

PCI: Were there any crazy techniques in development that didn’t make it to the final game?

Alonso: There were some. For example, we had this idea where the ball would hit all the sides of the court, bouncing throughout the entire court. However, it was very hard to manage the physics and how this balltimate would work so we ended up scrapping it. We also had some crazy ideas for courts that we didn’t implement — like courts with lava and holes in them. There were a lot that worked on paper but when you started to implement them, it just didn’t work as expected. Maybe in the future, we can consider adding them in. 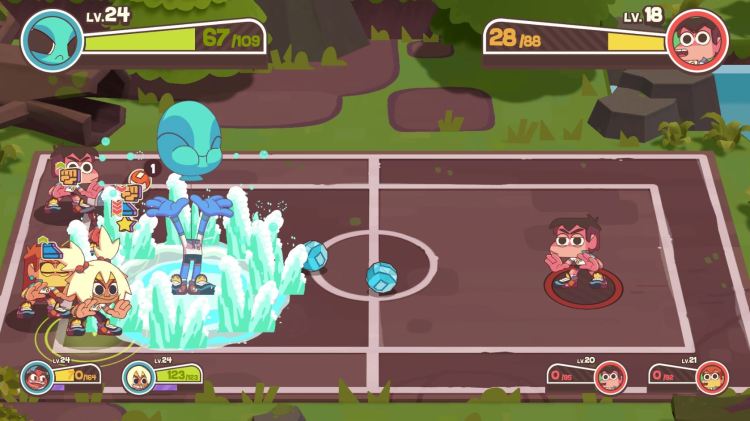 PCI: Is there anything in the works for Dodgeball Academia fans to look forward to? Can you tell us about it? Even just a hint?

Alonso: Right now we are focusing on the release and are very happy with how the game turned out. If it does well, we have a very long list of ideas and stuff that we want to still work on. I think Dodgeball Academia is an IP that we can explore, for sure.

PCI: I think you have the makings of a very interesting superpowered dodgeball arena brawler – like competitive 3v3 arenas. Is that something you’d consider? Why or why not?

Alonso: When we were testing and prototyping the game, one of the first things that we did was the versus mode. We needed to see how the mechanics were working and if the characters were balanced. It ended up being a feature in the game which is now the local versus mode, but it was never our focus or our priority to make a multiplayer game.

We really wanted to deliver a very solid experience on the single-player side. Because of that, some characters are not easy to work within a multiplayer environment. Some characters were made for AI to control. It is not easy to control a boss in a regular game versus the environment and this is also true in Dodgeball. We would need to take each character and try to rebalance them or tweak some of their moves because right now it is structured to work as a single-player experience. I think not for this product specifically but maybe we could create a different game using the same structure like a spin-off focused on a multiplayer game. That would be something I would be very excited about.  That being said, we are happy with the features we have for the game right now. 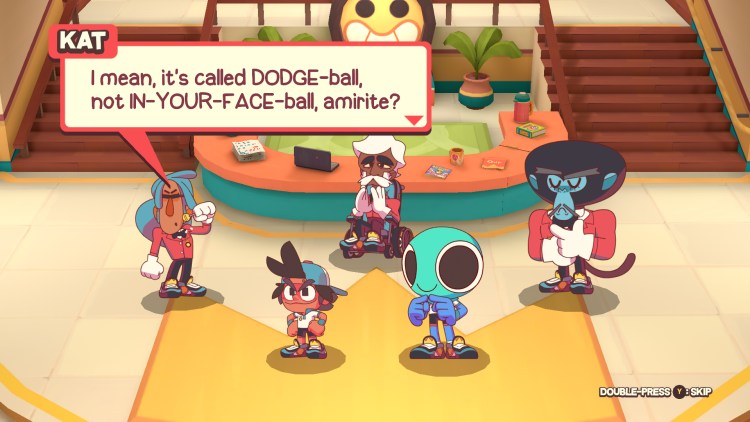 We’d like to thank Henrique Alonso for his enlightening interview answers. It’s always heartwarming to delve into the background of a game’s development and get a chance to feel the team’s love and passion for their creation. If you haven’t tried Dodgeball Academia yet, you can pick it up for PC through Steam.