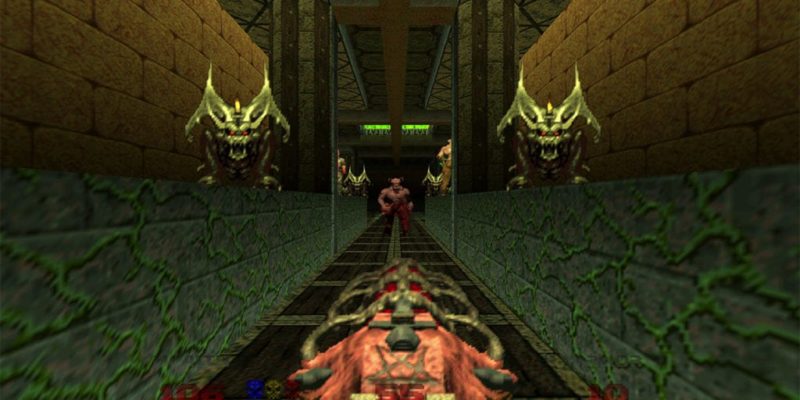 Bethesda released a Doom 64 trailer today, following the announcement that the game would release on PC on March 20, 2020 two weeks ago. As the year of Doom, 2019 has had a lot of surprises for the series, including the re-release of Doom, Doom 2, and Doom 3 for Switch, PlayStation 4, and Xbox One.

PC players have had access to the first three titles for a while, either separately on Steam or through Doom 3: BFG Edition. Doom 64 is different, though. Although the bones of the 1997 Nintendo 64 release are the same as the original game, there were a number of improvements made. These included better graphics, new levels, and a new weapon.

The Doom 64 trailer shows a mishmash of gameplay, showcasing the updated visuals set to the tune of Mick Gordon’s Doom 2016 soundtrack. Doom 64 will launch aside Doom Eternal on March 20, 2020, and you can get it for free if you preorder Eternal now. Presumably, Doom 64 will be available as a standalone title, though no pricing has been announced.

Doom 64 was originally developed by Midway Games as a sequel to Doom 2. It’s the conclusion of the original Doom series, following after the Doom Marine survived the demonic invasion on Mars and Earth. In an attempt to rid the universe of demons, the military wiped the moons with radiation, and although the sweep killed the majority of demons, some still lingered. In Doom 64, you take the role of the last survivor of a Marine strike force sent to clear out the remaining hell spawn.

It plays the same as any other Doom game, your character ripping and tearing through swarms of enemies. However, it comes with a number of exciting additions, including a dual-bladed chainsaw and the “Unmaker,” which is a weapon originally created for the original PC Doom games that was never released. This re-release on PC marks not only the first time PC players will be able to officially play through the new levels, but also harness the Unmaker.

Watch Dogs: Legion creators dive into what it means to be anyone