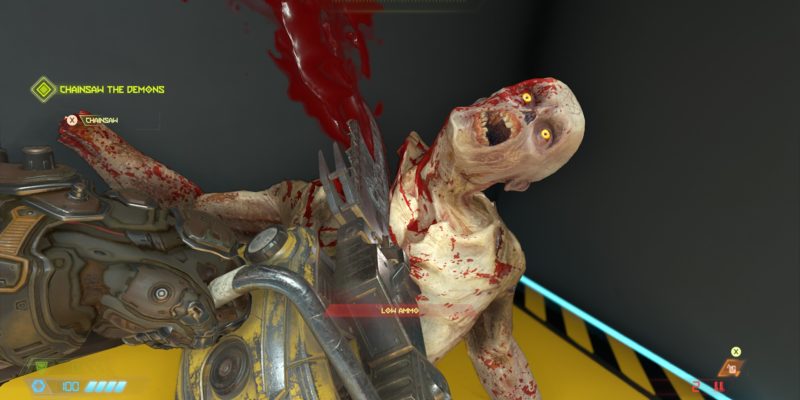 Doom Eternal reviews are hitting the web today, and we’d love to be right there with the wave. However, I didn’t get to start playing until yesterday, so I’m going to share some of my thoughts and impressions after about 8 hours with the game. Don’t worry, our review will be up later this week.

I was half-convinced that Doom Eternal might be a large shift away from the 2016 original, but that is far from what happened. The game is very much a sequel that builds on its predecessor. I’d been playing that one over the last month so  my skills wouldn’t be too rusty. And it still wasn’t enough.

The last game on Ultra-Violence is tough, but nothing that would drive anyone up the wall. Comparatively, Doom Eternal is nuts. Previously, there was a certain amount of breathing room and most enemy waves were put together  logically. You’d have the weaker foes and then the tougher ones would pop up at just the right time to kick things up a notch. 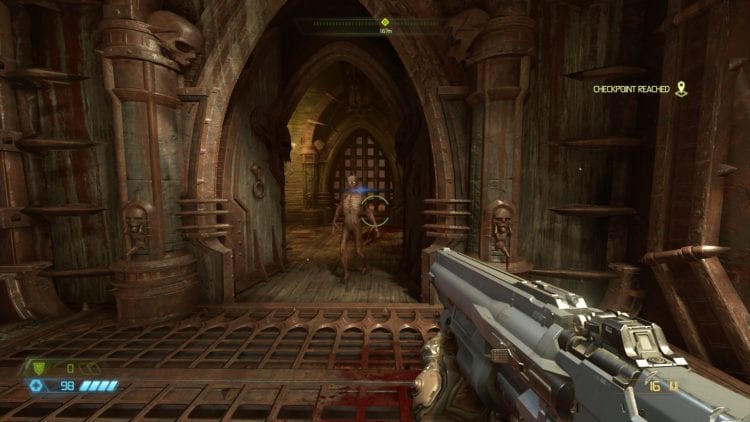 Doom Eternal is that game with the limiter off. Sometimes it’ll throw three or four of those tough, spongy enemies at you at once with barely enough ammo to take care of them all. Seriously, there’s barely any ammo. And, just when you think you’re safe, more will show up — it’s intense. I’m playing on Ultra-Violence again and it’s so much harder than the last game.

Even though I’ve put a solid chunk of time into it, the game has a ton left. I’ve only gotten through the first three levels. To be fair, I’m on a tight timetable and should just be playing on normal, but, you know. The levels are huge and varied — Doom 2016 was mostly either “you’re on Mars” or “you’re in Hell,” but the first three levels here have a lot more going on. 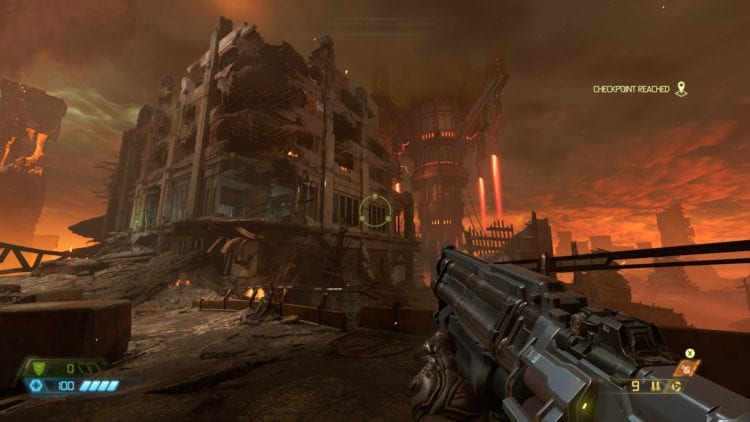 While the plot before wasn’t too far away from that of the original game, Doom Eternal brings in new races with detailed histories and technology. You can find codexes around the place just like the previous game, but these are much more lore-heavy than I thought they would be. I usually don’t even care enough to read codex entries in games like this, but I want to understand what exactly is happening in this game when all is said and done.

It won’t be long now

So, right, review. I’ll get there as soon as I can. As I said, there’s probably a lot left to go. According to the developers, Doom Eternal might be at least double the length of the last game. And that wasn’t a super short game to begin with (roughly 10 hours). But I’m having a blast when I’m not letting loose a stream of expletives so foul that the plants start wilting. The game is that hard, but it’s also possibly one of the most intense action games I’ve ever played. Encounters leave me with my heart thumping and my breath ragged. That is not a common occurrence for me.

Anyways, I gotta dive back into this game and die 10,000 more times. Make sure to check back in later on in the week for my full review where you can see if the game has managed to break me or not (spoilers: the odds are not on my side.)

Nvidia delays all future product announcements due to the coronavirus