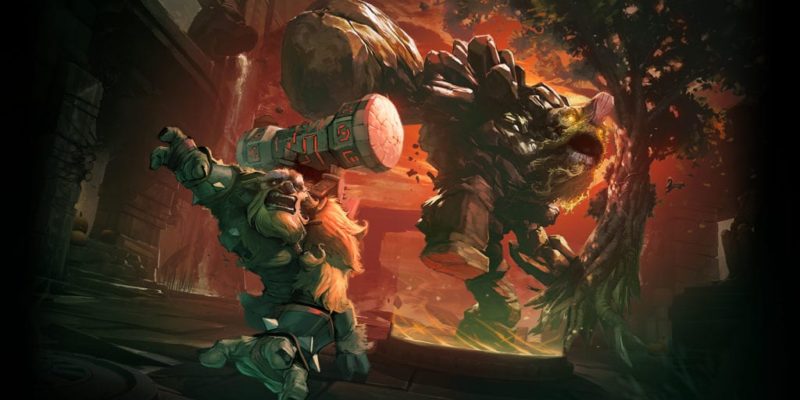 Depressing news, everyone: the annual “VOLVO GIVE DIRETIDE” campaign has been cancelled this year, thanks to Valve releasing a Halloween-themed custom game mode. Complaints removed for pressing ceremonial reasons, etc.

Haunted Colosseum is a 5v5 capture-and-hold game mode in which players battle it out over five control points. If you control three, your team’s score rises; if you control more than three, it rises faster. First to 5000 wins.

It’s not quite as simple as that, of course. Hitting 1000 points triggers Behemoths: huge golems that are immune to magical damage and have True Sight. The actual wording says “If your enemy scores 1,000 points they will trigger a Milestone, causing powerful Behemoths to appear to defend you” which makes it sound like they’re actually a rubber-banding mechanic to stop teams from falling too far behind, but that might just be a misprint.

Not only that, but the Colosseum is strewn with traps – Pendulum and Spike traps that hit any hero who touches them, and Fire and Venom traps that damage enemies of the hero that activated them, most of which can be activated by pressing buttons on your team’s side of the Colosseum. The Spike traps, though? They activate when you stand on them. So don’t do that. Oh, and killing enemies will cause them to explode into tasty treats that restore health, mana, or offer up coins. 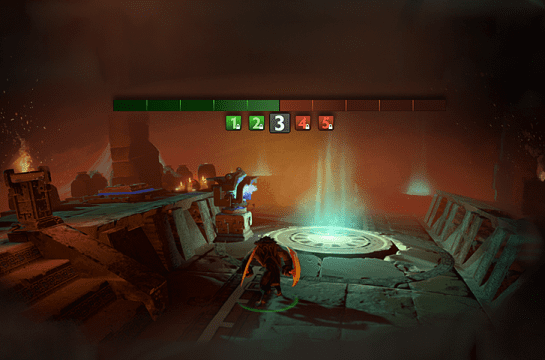 Eagle-eyed Reddit users have spotted that there might be an unreleased hero lurking in the related art, too. Just to the left of Earthshaker’s hand is what looks like a hand grabbing onto the column. I’d say it looks like Pit Lord/Abyssal Underlord, buuuut… well, it could still be Arc Warden. I mean, it’s just a hand. Valve do have a habit of sneaking previews of the next Dota 2 hero into art, though; there are plenty of examples of this, like Legion Commander being hinted at in the Wraith Night event, or Nyx popping up in the rafters of some Disruptor art before being added.

This 1GB patch also fixes a load of bugs and changes a couple of things around. There’s beta support for Direct3D9Ex, whatever that is, and the game now has support for offline solo play. There’s a new matchmaking region – Tokyo – and the Custom Games overview page has been reworked with the removal of the Suggested Games list and the addition of an Open Lobby list, hopefully getting you into matches faster. There’s also an automatically-chosen Game of the Day, and I’m going to guess that today that’ll be Haunted Colosseum.

It looks like there are also 6.85b patch notes in here, which will be added “after the conclusion of the Nanyang tournament.” Mostly nerfs to Doom: Scepter no longer increases damage, Scorched Earth now has a constant cooldown and does slightly less damage and healing (12/24/36/48 to 12/23/34/45), and Spiderlings now only slow by 8% instead of 12%. Nothing too huge, although Doom has been stupidly good lately.

Oh, and Compendium owners should now have the second Tribute treasure – the Tribute of the Sharpened Feather.

There’s a bunch of other stuff too, but this should be a pretty good overview of the big ones. For the full details, you can find the patch notes over here.

Mirror’s Edge Catalyst delayed to May 2016