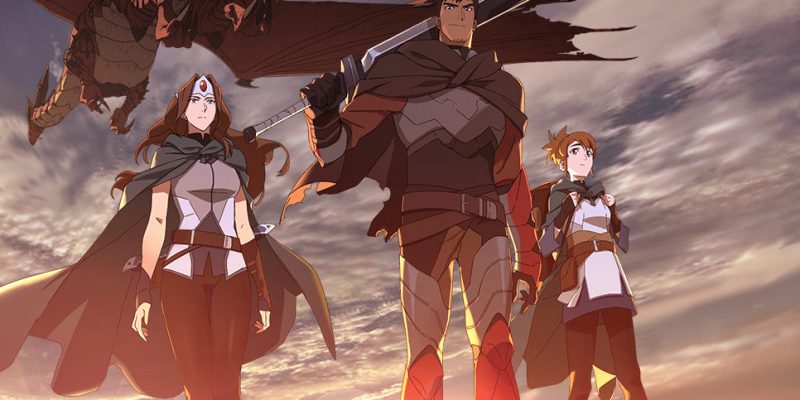 Valve and Netflix have just released the promised main trailer for Dota: Dragon’s Blood. And it does not disappoint. You still need to wait until March 25 for the first episode to air on Netflix though. Based on the fact that there will be a premiere, I believe the series will air one episode at a time – instead of the classic Netflix episode dump.

If you haven’t seen the previous Dota: Dragon’s Blood trailer, I suggest you check out the teaser before watching the main trailer. It’ll give you a little more context to the story Valve is trying to tell. It’ll also give you a few more drops of details, which will help you make it to the premiere at the end of the month.

In the Dota: Dragon’s Blood main trailer, the battle lines are being drawn. Davion, the Dragon Knight, is struggling with some internal demons (or dragons). We already know he teams up with Mirana, the Priestess of the Moon. She is a loyal servant of Selemene, the Goddess of the Moon. However, Invoker suggests the heroes don’t know who the Goddess really is. Apparently, her light hides darkness.

Other than the Dragon Knight, Mirana, and Invoker, there are a few other Dota 2 heroes that feature in the Dragon’s Blood main trailer. Luna is an obvious one. You can see her rallying her troops for battle. I believe the person who steals Selemene’s lotuses from the temple is Templar Assassin. Her running style is a strong indicator of this. 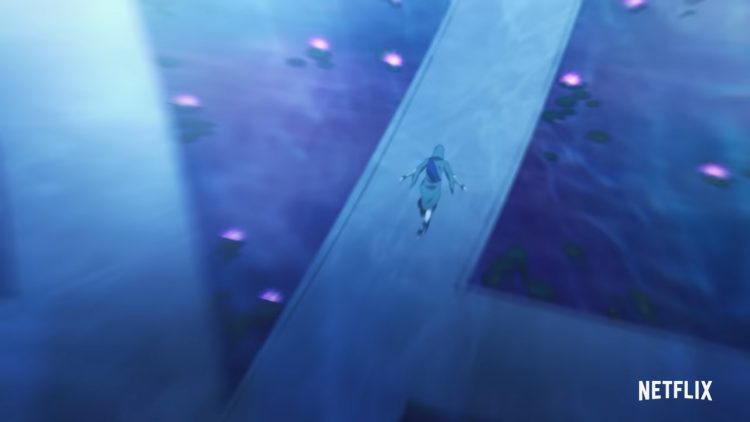 Is this Templar Assassin?

We also finally get to see Mirana’s mount, Sagan. Plenty of dragons feature in the trailer, but I don’t think any of them are the dragon heroes from the game. It’s also still unclear who the orange-haired sidekick following Mirana is. And who is the knight fighting the dragon at the end?

The description of the anime on Netflix says that Davion will need to “use the power of the dragon within to stop a deadly demon.” An unlisted Dota: Dragon’s Blood trailer strongly suggests that the demon is Terrorblade.

That raises so many more questions. Mainly, what is the link to Selemene and Terrorblade? That seems like a very unlikely alliance.

While you’re waiting for March 25, check out the other video game titles Netflix has adapted into anime series. Castlevania is a particularly good option. Dragon’s Dogma is worth a watch too.