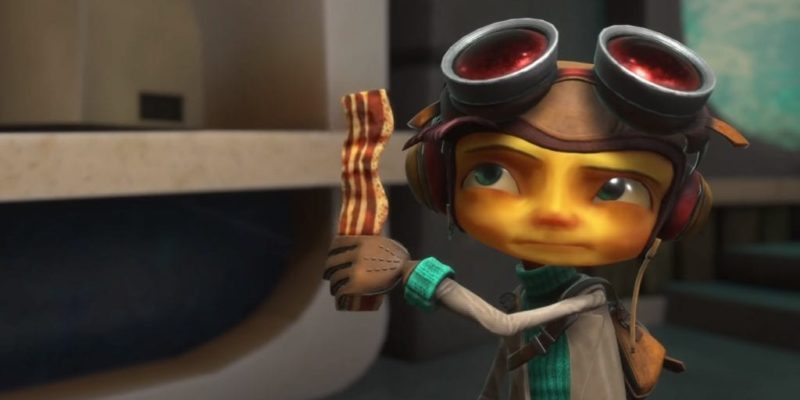 Starbreeze Studios has been having a difficult time lately. Last December, the company went through restructuring following the poor reception of Overkill’s The Walking Dead. Yesterday, due to said reception, the license holder of The Walking Dead ended its contract with the publisher. Now, concerns are rising over another game it’s currently due to publish, Psychonauts 2.

However, Double Fine studio boss Tim Schafer didn’t seem all that worried during an interview earlier this month. While talking to GamesIndustry at DICE, Schafer chatted about what would happen to Psychonauts 2 if Starbreeze decided to drop out.

“I mean, it wouldn’t be good,” Schafer said, in a grand overstatement. “But the game is funded by multiple sources. We had our crowdfunding campaign, Double Fine’s own revenue, and Starbreeze as a publisher. And they’ve continued to be supportive. They’ve been supporting the game and have pledged they’re definitely still capable of publishing it. So we have high hopes for that.”

To Publish No Matter What

But what about now? Certainly, Schafer couldn’t have predicted the blow Starbreeze received yesterday. Of course, the publisher didn’t exactly shut its doors over the news, but the future is looking a tad hazy. So what will happen to the game if Starbreeze pulls out? Oddly enough, Schafer provided that very answer during the DICE interview. Apparently, Schafer and Psychonauts fans aren’t the only ones looking forward to the anticipated sequel — even though he still retains confidence in Starbreeze’ capabilities.

“At a show like DICE, other publishers come by and say, ‘Yeah, how’s that going? If anything happens, give us a call,'” he said. “With Psychonauts 2 having been high profile and already having a great trailer out there, there would be enough interest in other people funding it and finishing it if something happened. But I’ve got no reason to believe Starbreeze isn’t going to come through and publish it well.”

If anything, Double Fine has shown remarkable resilience when it comes to its love of Psychonauts. The original game also saw its share of publishing troubles. Microsoft dropped publishing rights for it, leaving Majesco to send it to store shelves. Psychonauts, despite receiving critical praise, undersold, and Majesco hit the rocks soon after. But there seems to be a new appreciation for its sequel. Even though it’s been nearly 14 years, interest behind the sequel is high. If Starbreeze does bow out, it will probably only be a mere delay for a team like Double Fine.

“We’ve survived for a long time because we’re very nimble and are able to shift when something like that happens,” Schafer said. “We have a very committed team.”