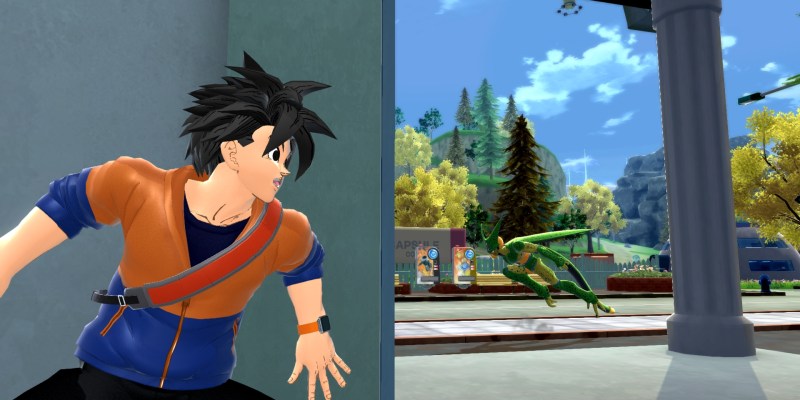 In a world filled with ultra-powerful beings who can level cities and even entire planets without breaking a sweat, what does it feel like to be normal? That’s the question that Dragon Ball: The Breakers, Bandai Namco’s new asymmetric online multiplayer game, attempts to answer. The premise, which sees seven ordinary people escaping from the indiscriminate rampage of one of Dragon Ball’s iconic supervillains, is easily the game’s greatest asset, and it makes for a fantastic shakeup from the series’ usual fighting game fare. Unfortunately, while Dragon Ball: The Breakers can be decent fun, a slew of issues prevent it from living up to its promise.

The problems begin with the game’s prologue, which provides a few basic tutorials in addition to providing some light story justification for the multiplayer matches. Not only do the tutorials for each gameplay element provide little context for how these mechanics would function in an actual match, but the dreadfully slow pacing of the cutscenes ensures that these explanations are never entertaining.

At the very least, the prologue is entirely skippable, but either way, the game does not offer much in the way of help outside of a practice mode and a few optional text tutorials in the hub area. The only efficient method for learning the game is through repeated matches. And while experience certainly is the best teacher, the game could have done much more to streamline the learning process. 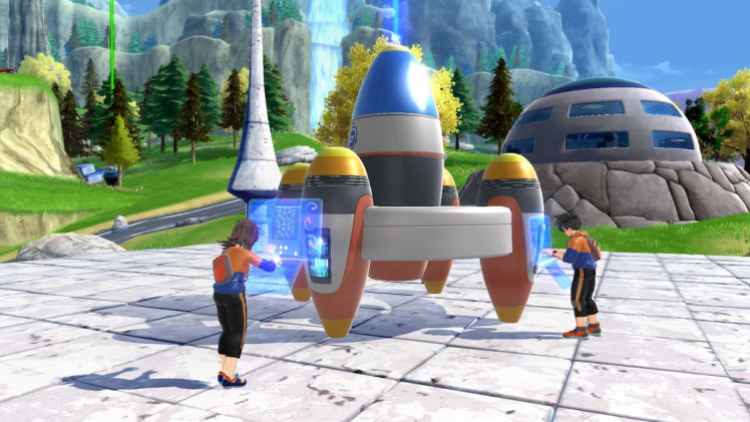 Survivors have to boot up the super time machine to win the game.

Getting past the learning phase

Fortunately, once you do learn the ins and outs of Dragon Ball: The Breakers, the core gameplay loop becomes fairly straightforward. For the vast majority of the time, players control one of the normal citizens, or survivors, as they find power keys, place them across five different areas of the map, and activate the super time machine to win the game. Of course, as they do so, one of three different supervillains, or raiders, will be rocketing across the map, attacking and killing anyone unfortunate enough to cross their paths.

Hiding amid the raider’s onslaught is where Dragon Ball: The Breakers is easily at its most enjoyable. For years, Dragon Ball games have catered to the power fantasy of controlling these nearly godlike entities, so being on the receiving end of that power with few ways to defend yourself makes for some wonderfully tense moments. Hearing those classic Dragon Ball sound effects gradually increase in volume whenever the raider comes close can be genuinely nerve-wracking at times, and it subverts the more positive feelings we normally get from those sounds in other Dragon Ball media. The sheer speed and power of the raider make narrowly escaping him with whatever tools you have at your disposal feel all the more rewarding, even though the raider can easily catch up to you later on.

Speaking of tools, survivors can use grappling hooks, jump pads, and other nifty gadgets to navigate the world more easily and compensate for the otherwise sparse movement mechanics. But while using these gadgets effectively can lead to some fun traversal, it never quite makes up for the movement’s general weightlessness and lack of polish.

And as someone who generally dislikes ability cooldowns in games, having to wait through one after using nearly any movement ability can get tiring quickly. Of course, simply removing the cooldowns would greatly disrupt the balance of the game. But the ways in which the cooldowns are applied are a bit questionable to begin with. For instance, even though I found the jump pad to be much more useful than the grappling hook moment to moment, the cooldown of the latter is a whopping 20 seconds longer than that of the former.

The mostly subpar movement, the sprawling map size, and the randomized spawning locations for the power keys mean that luck plays a significant role in how enjoyable matches can be. If the power key spawns are relatively easy for the survivor team to access, then matches can have a satisfyingly brisk pace to them. On the other hand, if the power key locations are more out of the way, then minutes can pass by while survivors aimlessly search every nook and cranny of these suffocatingly large areas. In these situations, even the presence of the raider does little to enhance the excitement. 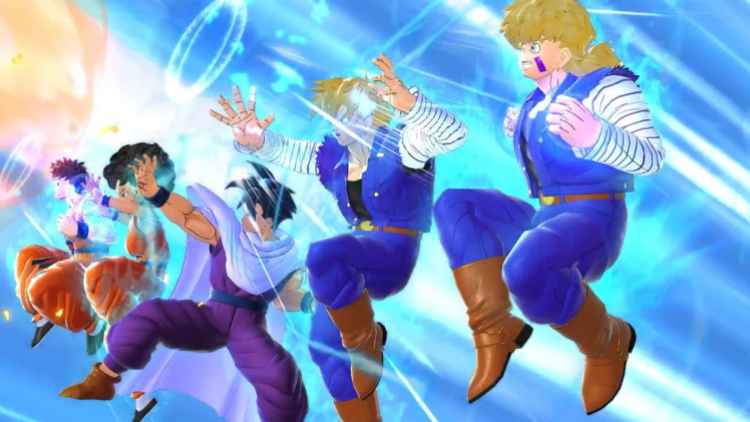 The Dragon Change feature is easily the least enjoyable aspect of the survivors’ gameplay.

Get back to training

What ends up hurting the gameplay loop far more is the Dragon Change feature, which allows survivors to temporarily gain the powers of characters like Goku and Vegeta to turn the tables against the raider. Not only does this undercut the main appeal of the survivors’ gameplay, which involves overcoming the raider through wits rather than raw strength, but the controls for the transformations are downright dreadful.

Players only have a single, context-sensitive attack button for both energy blasts and melee attacks. And the weak soft lock-on means that players have to awkwardly aim the camera toward the raider to have any chance of hitting him. The only other option these transformations have against the raider is a single super attack, which automatically triggers a cinematic camera angle that will likely disorient the player and throw off their aim.

The transformations essentially play like a heavily, heavily simplified version of the Tenkaichi and Xenoverse games. It brings an already lackluster concept down even more. And that’s not even the real twist of the knife, which is that engaging with this combat system is essentially required to fend off and distract the raider during the super time machine startup sequence. Counterbalancing moments of helplessness with moments of catharsis is far from an inherently bad idea, but the developers could have approached it in a more interesting, less mechanically frustrating way.

The supervillains aren’t so super

All of these issues with the combat carry over when controlling the raider. If anything, the raider’s combat is actually even worse than that of the transformed survivors. Though the raider comes equipped with more options, they are nearly all reliant on cooldown timers as opposed to the survivors’ continually draining meter. Combined with the lack of impact in the animations and effects, this means that the raider never feels quite as capable or powerful as he should. Even something as simple as the ki meter that in exists in the myriad of Dragon Ball fighting games would go a long way toward giving players more control over the raider’s power while still keeping it balanced.

Outside of combat, playing as the raider leaves a lot to be desired. Moving across the map feels even more aimless than it does with the survivors. Despite having infinite flight, the lack of any extra movement options means that navigation is rendered remarkably one-note. Raiders can destroy a few buildings here and there with their ki blasts and obliterate entire sections of the map through the occasional contextual action, but the overall carnage that raiders can inflict remains fairly limited.

Even the civilians that raiders must hunt down to power up do not react to attacks at all. The only real means of interacting with them is to stand in front of them and hold a button down to trigger a canned animation. As flawed as the survivor gameplay can be, it at least offers an experience that no other Dragon Ball game has. Gradually powering up and gaining more destructive abilities as Cell, Frieza, or Buu may sound cool, but that power fantasy has already been more effectively catered to elsewhere. 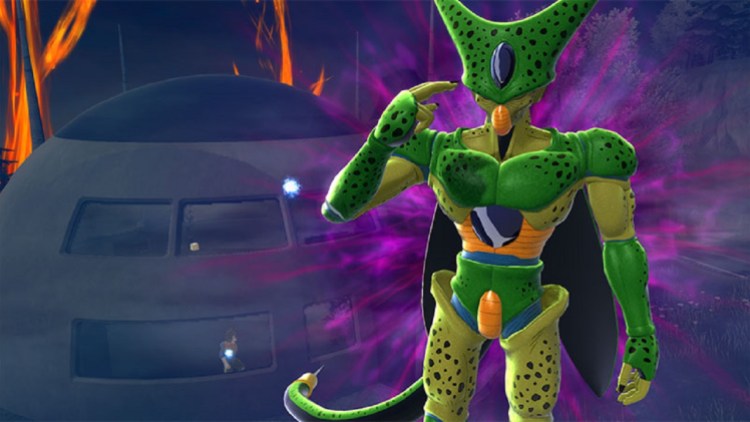 The raiders may have immense power, but it sure doesn’t feel that way.

Don’t get too excited about the raiders

All this assumes that you even have the opportunity to play as the raider to begin with. I mentioned before that players will be spending much more time playing as the survivors rather than the raiders, and that’s because of how the matchmaking is set up. Even if you set the raider as your preferred character, several matches can go by without controlling the raider a single time.

Since Dragon Ball: The Breakers uses a 1v7 setup, this disparity in the matchmaking is understandable. But the system should still be tweaked to better account for the player’s preferences. As it is now, though, you never really get to grow accustomed to the raider’s gameplay due to its sheer rarity.

All that energy comes at a literal price

Unfortunately, using the gacha system is required to unlock extra moves for the survivors’ transformations. Those with more income to spare have a significant advantage over other players in terms of the options they can choose from. It’s certainly feasible, if more tedious, to unlock moves through the gacha system without spending money on in-game currency. And this is far from the most predatory monetization system out there. But ultimately, that’s of little solace when I know that I can bypass much of this grind just by paying up rather than by actually engaging with the game mechanics.

Issues like these make Dragon Ball: The Breakers a frustrating case of missed potential. The concept is a genuinely refreshing change of pace for the Dragon Ball series, and there are times when the appeal of that concept really shines through. But it’s difficult to fully appreciate these strengths when the overall package feels so sloppily put together. There’s a chance that future updates will fix some of Dragon Ball: The Breakers’ more egregious flaws, but as it is now, you’re probably better off sticking to one of the more traditional Dragon Ball games currently out there.

Fleeing from Cell, Frieza, or Majin Buu's sadistic assaults has its moments of brilliance. But the often tedious exploration, subpar combat system, and intrusive gacha mechanics keep the game from being anything more than a curiosity.