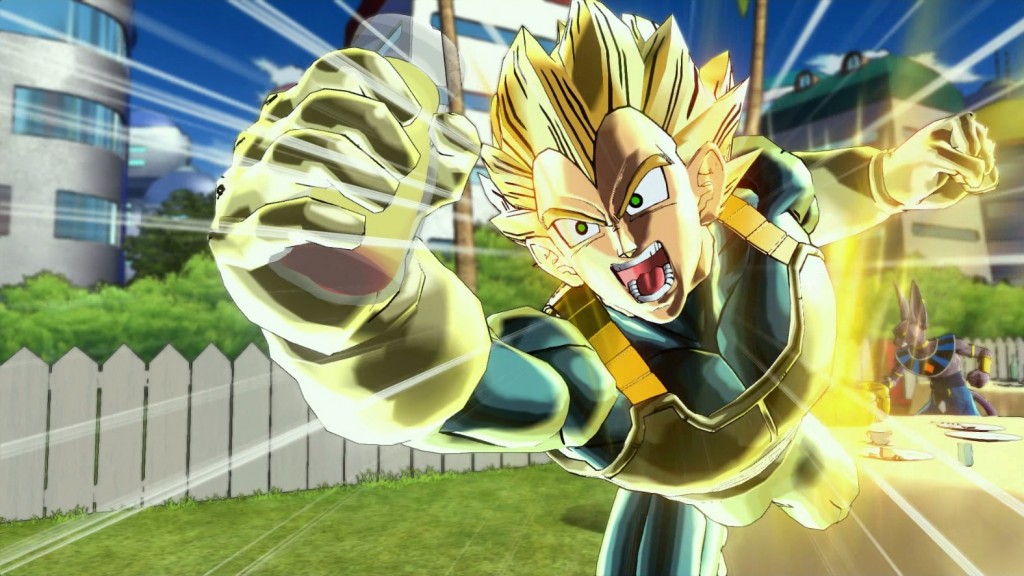 Is this how you greet everyone?

Bandai Namco has a few things to say about the open Toki Toki City hub area in Dragon Ball Xenoverse, and about twenty million images to share. Well, maybe not twenty million. At least 50 though.

According to the press release, which I am slavishly adhering to because I know next to nothing about Dragon Ball Z, you’ll be guided around this city by a time-travelling fellow named Trucks. He’ll be introducing you to the Supreme Kai of Time in the ‘Toki Storage Room,’ which is also where you can meet and greet other Dragon Ball Xenoverse avatars, start fights, customise your character and train up.

You can look forward to battling foes like Great Ape Vegeta (in either single player or co-op) and figuring out what Beerus and Whit are doing in this universe. I have no idea, because I don’t know who they are or what their significance is; but perhaps you do!

Dragon Ball Xenoverse is coming to the PC via Steam on 17 February 2015. It’s now time to gaze in awe at the many, many screenshots from the game, below. That first guy looks like a chihuahua dressed as an ancient Egyptian. What’s up with that?