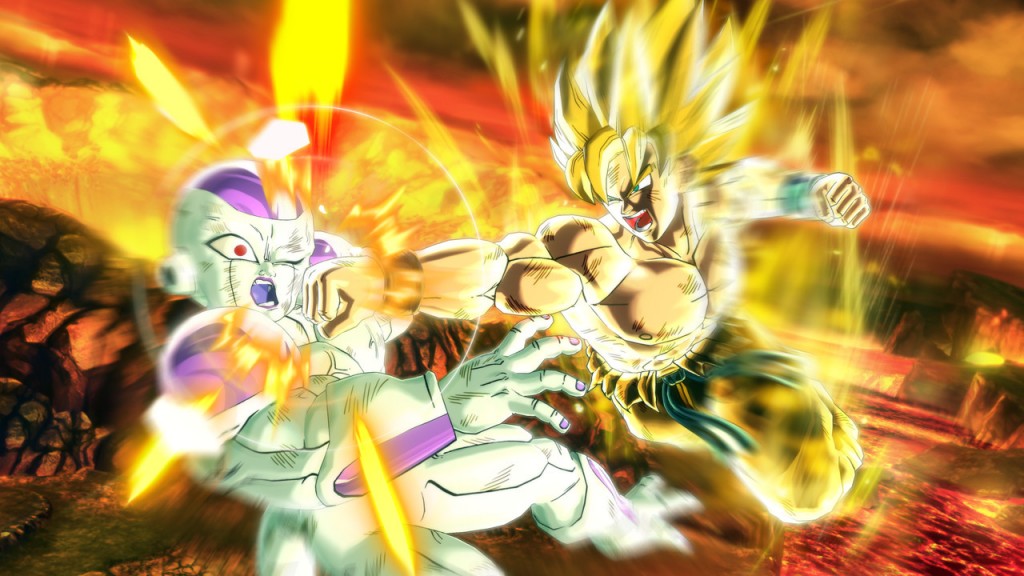 For a guy called Frieza, he really doesn’t look very cool OKAY I’LL GET MY COAT.

I know basically nothing about Dragon Ball (Dragon Ball Xenoverse or otherwise), so I’m pretty much going to just read out a list of what this game apparently offers. So, er… okay, apparently you have to revisit famous battles from the series and fight alongside familiar characters. Ooh! But you’ll have your own custom avatar for this (who can be Earthling, Majin, Saiyan, Namekian, or Frieza Clansman), and you can choose a “master” to train under, which changes your skill set, your training exercises, and they might even unexpectedly turn up to help you out in battle. The game is set in the brand-new location of Toki Toki City, and there are a bunch of characters designed specifically for this game, from an ancient deity to a “dark scientist.”

Seriously, though, I have only ever seen one episode of Dragon Ball Z, which I later learned was from the Frieza arc. From what I can remember, it was quite literally an entire episode of two people staring at each other screaming and glowing, and nothing happened at all.

Pre-ordering Dragon Ball Xenoverse gets you an exclusive character – Vegeta Super Saiyan 4 – and two battle suits for your avatar to wear, because if you’re going to have an avatar you want them to look nice. Pre-orders will cost you £39.99 (so it doesn’t look like you’re getting any discount) and the game itself is due out on 17 February 2015.