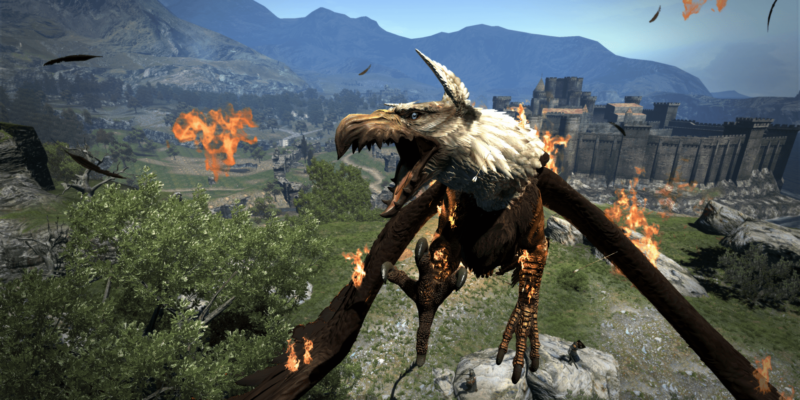 A much-requested PC port of Dragon’s Dogma has been confirmed by Capcom, who have announced that the expanded version of the game (Dark Arisen) will be released in January.

Originally available for the PS3 and Xbox 360 in 2012, the open world RPG has often been cited by PC players as a prime candidate for porting. It’s the type of game which has found much success on the PC platform in the past, and the console versions had some technical limitations (frame-rate, resolution and the like) which could be sorted out on more powerful PCs.

It seems likely that Capcom will address the latter with Dragon’s Dogma: Dark Arisen, stating that the PC version will have “stunningly high-res graphics and improved fidelity”. That’s not hugely specific, but higher resolutions and a more stable frame-rate (hopefully 60fps and up) should hopefully be on the cards. Mouse and keyboard control support is confirmed by the announcement.

So, early next year we’ll be able to do battle with giant beasts (in more of a Shadow of the Colossus than Dark Souls way, by the sounds of things – not that this is a bad thing), recruit AI ‘pawn’ followers, and explore a sprawling fantasy realm. The Dark Arisen expansion aspect adds Bitterback Isle as a new location, and makes various other changes to things like fast-travel in the game.

The Witcher 3 sets Hearts of Stone pumping in October