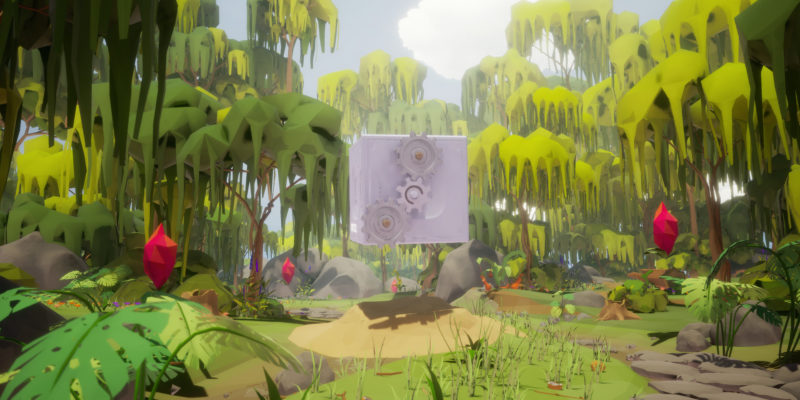 A small developer that goes by the name Hypnotic Ants is releasing its first-ever game today. The new 3D puzzler Dreamo is a narrative-driven adventure game that features fully-voiced narration. While it’s a relatively unknown title, both the release trailer and official screenshots suggest good things.

Publisher Carbon Studio is a Polish VR-centric company. It has been responsible for many virtual reality titles such as The Wizards and Alice VR. Similarly, Dreamo has a virtual reality version in development, currently announced for sometime soon in Q1 2020.

Dreamo sees protagonist Jack Winslow try to regather his consciousness by decoding artifacts. Artifacts manifest in Jack’s mind as complex, 3D cube riddles that require solving to release their secrets. To solve these cubes, you must place several cogs in the correct order to power up the artifact. Once complete, Jack will regain a fragment of his memory and begin to understand the strange dream world he has found himself in.

Similar to other 3D puzzle games like Portal 2 and QUBE 2, Dreamo is a relatively slow-paced title. Players have plenty of time to figure out and tackle the puzzles in front of them. It has been developed by a three-man studio boasting considerable past experience. According to Hypnotic Ants’ about section, the developers have previously worked on AAA games like The Witcher 3 and Sniper Ghost Warrior 2.

Dreamo is available on Steam right now for $16.99 USD. Thanks to its Challenge Mode, it’s a great fit for those wanting a casual puzzler or someone who desires more of a challenge.

Farming Simulator dev Giants Software is expanding outside of Europe