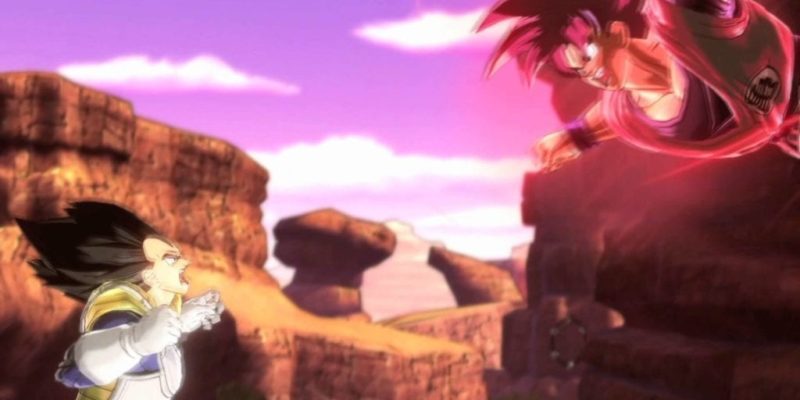 During E3, there are a slew of games available to demo. These games can be found on the show floor and are available for almost everyone to play. Other times, they are hidden away in meeting rooms only accessible to those with specialty appointments. We were lucky enough to sit down with Bandai Namco and check out a few of their upcoming titles hosted at the Electronic Entertainment Expo.

Here are a few games that deserve a look from the veterans at Bandai Namco.

The first trailer for Dragon Ball Xenoverse was showcased on the first official day of E3. I was caught off-guard as a fan of the series, given that I was not introduced to the announcement trailer until the last day. However, Shoya Yamazaki, who is a part of Bandai Namco’s Overseas Production Department, sat down to show us an early build of the game, along with a few details.

“The Dragon Ball franchise has resonated with gamers from around the world for generations,” said Chris Gilbert, Senior Vice President of Sales and Marketing at BANDAI NAMCO Games America Inc. “The Dimps team has been given new creative material and a powerful digital canvas from which to develop a game that will deliver unique features that will surely please Dragon Ball and gaming fans alike.”

Here is what we know thus far:

The game is going to bring together characters from the Dragon Ball universe. The biggest news what that character transformations will occur during battle. This means that Goku can become Super Saiyan during battle instead of jumping right in the fight already as such. This might reduce the character roster, but Yamazaki assured us that there will be plenty added. He did, however, squash the dreams of starting as kid Goku and making the progression throughout the match.

Yamazaki emphasized the animation during the gameplay demo, so much so as to call them “beautiful” multiple times throughout the fifteen-minute presentation. The graphics were based on the PlayStation 4 and Xbox One consoles, but truly did create an impressive showcase of visuals. It will be running on the Havok Engine; however, the magnitude of destruction will most likely be limited to a small area instead of a larger overworld. Yamazaki did inform us that, if the team can pull off a larger area for environment damage, they will definitely do so.

Special moves can also be played, but we were informed that they can be cancelled this time around. Players can guard and also move behind enemies during combat which, in terms of players who are looking forward to online play, we can expect a higher level of strategy to be implemented due to these features.

The last bit of information to be announced was the reveal of a new character. They were shown in the trailer, giving fans only the view from their back. This character doesn’t exist in the series and was created specifically for the game. Either way, the partnership with Dimps for the development of Dragon Ball Xenoverse should give the game a fighting chance.

This game can’t be talked about without mentioning the Gundam VS series. However, the two titles only share the two-on-two combat, which is heavily popular in Japan. The team at Bandai Namco is looking to breathe fresh air into the lungs of the company by introducing new intellectual property. That newly introduced IP might just come in the form of a 2v2 arena fighter.

The game features arena style beat-em-up action. While the keyboard combination was a bit overwhelming, the button layout can be simplified for controller support. Here are the controls used on the Xbox 360 wired controller: (Y) attack, (X) projectile, (RT) accompanies attacks for more powerful moves, and the (B) button is used to transform into your deity form. The (A) button can be pressed to jump, and then again for a strafe/dash move. This became helpful in dodging enemy fire and power moves. This is the core mechanic and story that surrounds the game. There will be additional unlocks, skills, and items available in the online store during progression.

With that being said, many of the battles take place in real-world locations. However, there isn’t much in-game to tell the story of each one of the characters. Their origins can be found in such things as folklore or myth; however, from the initial interview, the humans are just recently learning of their powers.

For example, Mephistopheles is half-demon in design. Once his full transformation is pulled off, his entire body becomes a winged-creature and his attacks far more sophisticated in power. Others like that are Brynhildr, whose origins stem from Germanic mythology, trading in horseback for horsepower in the form of a deadly motorcycle. Her moves were only seen briefly in the trailer and she wasn’t one of the playable characters in the demo. This is one reason that an online comic book will be produced in order to deliver more background and details about each character featured in the game. There are currently six on the roster; however, there isn’t an exact number in mind. The comic will be done by Hahng Nguyen and will be available soon.

Executive Producer Ryuichiro Baba had mentioned that they were interested in the 2v2 aspect of the game and not necessarily using Gundam VS as a building block. This can be seen in the character designs and in the real-world locations, such areas as New York, London, and Paris, being open up for these demonic creatures to destroy.

Editor’s Note: I can say that, after playing the game for a few matches, there is hope for the 2v2 arena. The game had mild destructible environments, such as buses and cars, along with co-op combos. The transformations are seemingly immature at the moment, but I foresee an impressive 2v2 fighter coming to the States.

Make sure to follow the Rise of Incarnates official site for more details.

This was the title that I spent the littlest time with in terms of hands-on time. However, it was probably the most intriguing in terms of what Bandai Namco is setting out to publish and taking on the role of Harken was nothing short of a good time.

Again, the emphasis for development for the title has been primarily for the Xbox One and PlayStation 4 consoles. The game was played on both platforms during the demo session. At this early point, the game is looking heavily polished and it ran fairly smoothly. The third-person view is standard for most action RPG titles. There was a slower, heavy attack that left the player susceptible to damage while the light attack was quicker in stride. The use of your shield came in two forms: to push/jab an enemy or simply used to guard.

Simplistic in design, with the variations in enemies encountered, there were already plenty of options for battle in the brief demo. There were two selectable weapons in the demo, one being a lancer/mace was used similarly to a fighting staff. This had far more reach and a quick secondary attack. The other was a longsword, with far more damaging capabilities but slower in combat maneuverability. Much like any other medieval-themed RPG, weaponry can be coupled with different elements, such as talismans, cloaks, or armor.

Magic or ‘supernatural’ abilities were also present in the demo. The one used provided a flame blast that took quite a bit of damage from all enemies seen. The larger juggernaut of a being named “The Champion” didn’t so much as flinch when blasted with the damaging hit. He was also the first boss type battle encountered, having much of his battle based on traditional themes, such as timing attacks based on his attacks and planning defensive moves. There was also a roll which could be done to evade attacks and drew from stamina power.

Editor’s Note: This was yet another title that was impressively shown during E3. The gameplay was smooth, environments detailed, and the enemy variation was enough to keep anyone interested. There were skeleton-type warriors, a mid-level ghoul, and a heavily-armored tank. This was aside from the poisonous and large spider that laid its offspring to join in the fight.

There was one instance where the heavy, snarling snowfall blew into an open hallway. A much larger, shielded enemy hid behind his equipment while still charging me for attacks. After circling each other for quite some time, the boards in the center of the room broke, revealing an open pit in the center. After ducking-and-dodging attacks, it was interesting to see that your attacker could be lured into the open pit, thus falling to his brutal death. You could hear the crash and splatter once he was sent on his merry way to hell.

Stay tuned for more information on all titles as they arise.