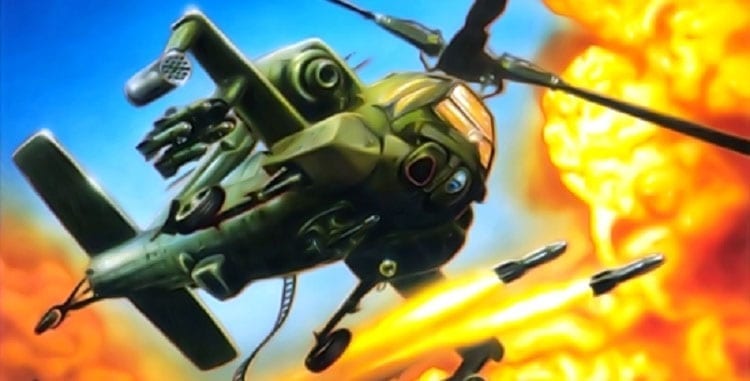 If you owned a NES, or a mega drive back in the day, you would probably have played (or seen a friend play) Desert Strike, and you’ll also be quite happy to learn (as we are) that Electronic Arts has seemingly filed for two trademarks for it, which could possibly spell a return of the brilliant – and popular – helicopter shoot ‘em up series.

Desert Strike first hit consoles back in the early 1990’s, and received a number of follow ups including Jungle Strike, Urban Strike, Soviet Strike, and in 1997 a PlayStation release of the last of the series, Nuclear Strike.

Both trademark applications are filed under “computer games software”, and are both registered to EA headquarters in Redwood, California. EA are keeping things very quiet, as you would expect them to about this. But, they’ve also not denied anything either so, we’re keeping our eyes keenly on any Desert Strike news in the –hopefully – near future.

By Greg Bargas39 mins ago
News