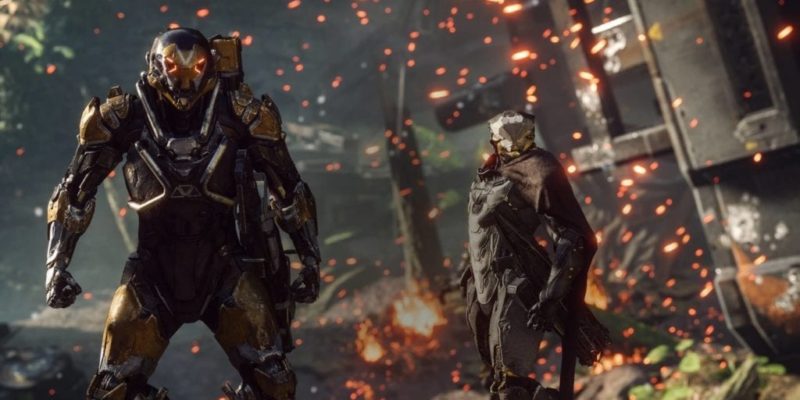 The EA financial report for the 2019 fiscal year released earlier today, and with it came some interesting metrics. This follows the success of Respawn Entertainment’s foray into the battle royale space with Apex Legends, as well as troubling reports about difficult work conditions at one of EA’s flagship studios, BioWare. All in all, though, the report indicates that EA is celebrating successes more than they are reeling from past problems.

The release informed investors of a couple of major announcements right off the bat:

On the financial front, EA reported operating cash flow at $1.547 billion for the financial year. Of that, $599 million came in just the previous quarter alone. A handful of that latter figure stems from the sales of BioWare’s Anthem and in-game purchases from Apex Legends. Revenue also comes from previously released games and EA’s other ventures. As indicated by the report, the bulk of EA’s gaming sales comes from digital sales and purchases of in-game items. It’s interesting to see that physical game and merchandise sales only account for around one-quarter of the company’s total income from game sales for the past year. 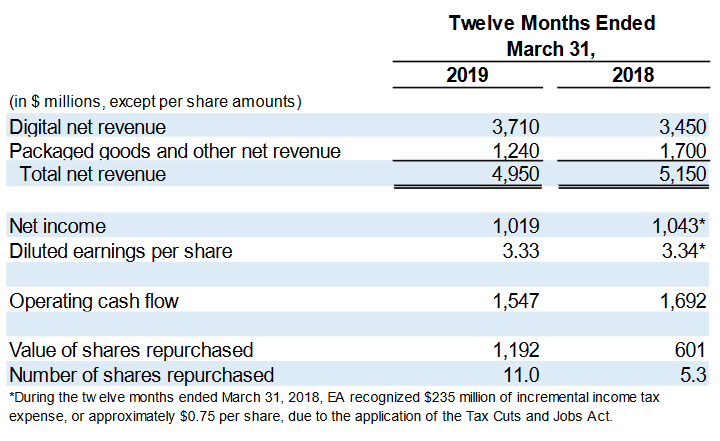 As EA looks to the upcoming year, they seem to express a very positive view of the future. EA’s CEO Andrew Wilson explains, “[The 2020 fiscal year] will be a year of continued growth for our industry, and we’re excited to bring more great entertainment to the expanding audience around the world.” Wilson also emphasized that “[EA is] committed to meeting [players] where they are with a broad portfolio of amazing new games and live services, choice of engagement models including free-to-play and subscriptions, and new opportunities to play, compete, and watch.”

With games such as Star Wars Jedi: Fallen Order and Sea of Solitude on the horizon, it will be exciting to watch what EA has in store for players over the next 12 months.

By Cameron Woolsey5 days ago
Industry

By Andrew Farrell5 days ago
Industry