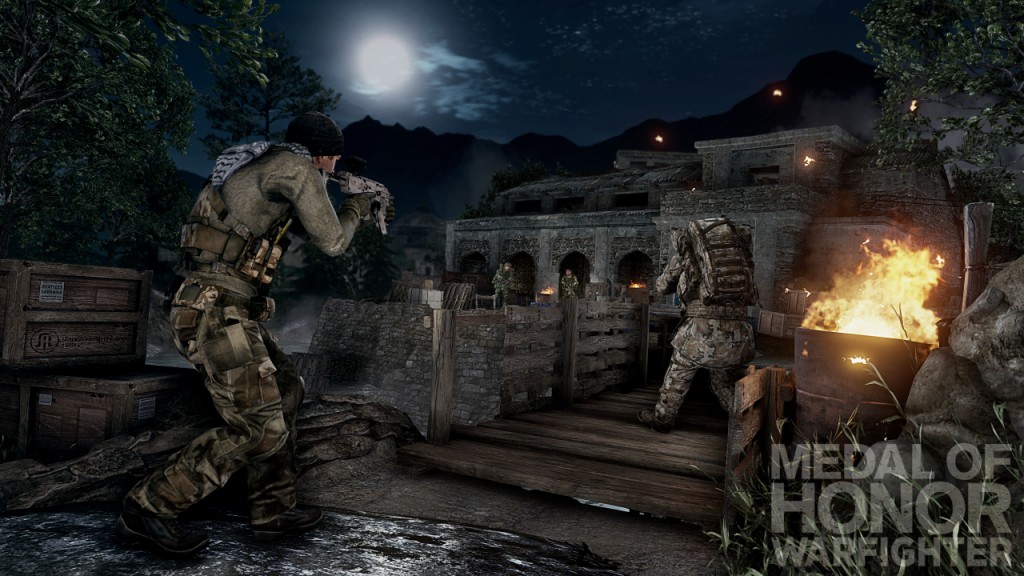 Spare a thought for poor old Frank Gibeau, president of “EA Labels”, who was sent out yesterday to defend the critical mauling given to Medal of Honor: Warfighter. In response to investor questions during an EA earnings call, Gibeau insisted that “we believe [Warfighter] is a good game” and claimed that “internal testing and mock reviews indicated that the game is better than the actual score that we have right now.”

Perhaps the highly controlled nature of “mock” reviews (where freelance journalists offer their ‘consultancy’ to a publisher in advance of a title’s launch) aren’t the most objective way of predicting critical opinion?

Still, if it’s mocking that you’re after, Medal of Honor: Warfighter’s reviews certainly generated plenty of that.

“Overall it’s yet another average corridor shooter, plagued with stupid glitches, terrible AI, murderous teammates, and a desperate, paranoid need to stop you from deviating from its cast-iron script,” said John Walker over at Rock, Paper, Shotgun.

“Charmless, cynical, and uninspired,” offered Jim Sterling over at Destructoid.

“That a six-hour-long campaign manages to outstay its welcome is, in fairness, quite an achievement,” wrote Edge, adding that “This lack of polish extends to the multiplayer, which is, if anything, even more disappointing.”

“Medal of Honor Warfighter fails in almost every regard,” concluded Polygon’s Arthur Gies.

EA remains confident in its title, however. “We’re going to continue to support the game going forward with marketing and additional content,” says EA’s Gibeau. Last week the game entered the UK charts in first place, so someone out there is buying it at least.