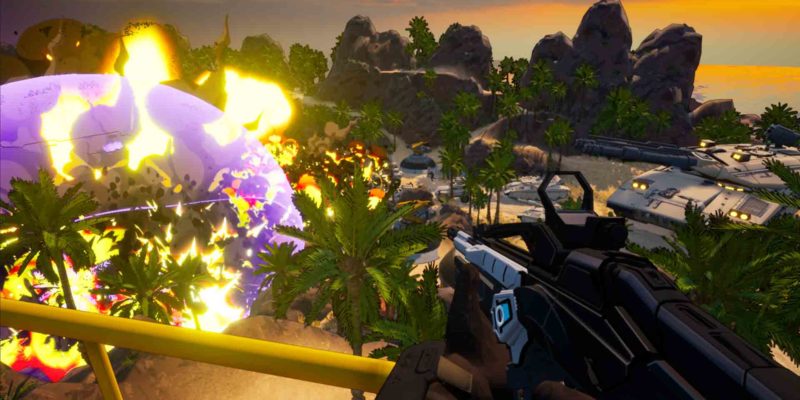 Petroglyph Games has released a demo for its upcoming title, Earthbreakers, as part of the Steam Games Festival. The studio is eager for players to test its latest project, which combines the RTS/FPS genres. If you want to try this game, don’t hesitate, because the demo ends on June 22.

Earthbreakers is Petroglyph’s first attempt at the first-person shooter genre, but it’s no stranger to real-time strategy games. The studio has several senior designers from the classic Command and Conquer series on its team. Petroglyph also has a long list of its own accomplishments, including the Command & Conquer Remake, Star Wars: Empire at War, and Conan: Unconquered. That’s just scratching the surface.

The developers clearly wanted to make something unique for this project, or at least something that isn’t done often. Those who remember Command and Conquer: Renegade might feel a sense of deja vu, because Earthbreakers is noticeably similar.

Concept-wise, both games are about the same. That should come as no surprise, given some of Petroglyph’s designers at worked on Renegade. What’s different and interesting about Earthbreakers, though, is the implementation behind it. Advances in technology and modern game design allow Earthbreakers to do what Renegade could only dream about. 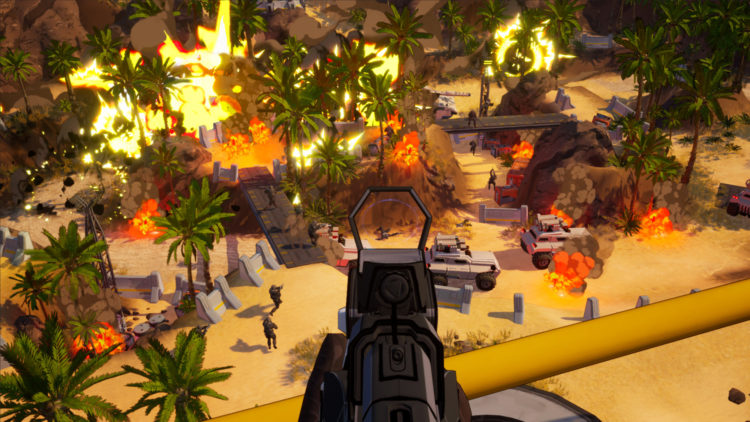 The art style is similar to the Borderlands series.

Earthbreakers players can build structures, command units, manage resources, and get into firefights all in real-time. It’s a very exciting idea — if Petroglyph can balance the gameplay in a way that works. The game’s Steam page provides a brief description of how multiplayer works, and it sounds problematic, to be honest.

“Earthbreakers uses a team purchase system to build an RTS-style base. Each building unlocks new infantry classes, vehicles, or upgrades depending on the structure built. Do you build a factory to unlock new, more powerful vehicles, or do you build walls to aid in base defense? The choice is yours! Bases consist of six primary buildings, wall defenses, and a selection of defensive turrets.”

This is a game that supports up to 64 player matches. It sounds like a lot of fun on paper, but the question of how teammates will share resources and work together is a legitimate concern. 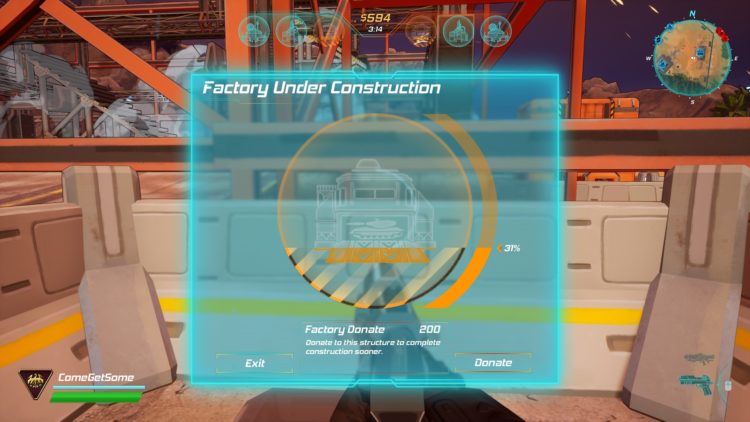 Players can build their bases to specialize in different tactics.

The game is still in early alpha, so the demo won’t be a representation of the final product by any means. The developer clearly wants feedback about the game, too. Anyone that plays the demo can submit a survey and let their voice be heard. If this is a concept that interests you, help Petroglyph make Earthbreakers the best it can be.

Earthbreakers is planned for a 2020 release according to the Steam page, but no specific details have been provided.

Valve will be sponsoring the Game Devs of Color Expo

By Logan Broadley1 hour ago
Industry