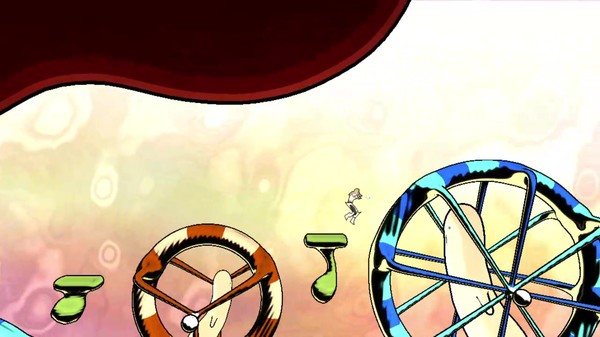 El Shaddai: Ascension of the Metatron is a cult classic action game that was initially released on consoles like the PlayStation 3, and it’s finally heading to Steam. But it won’t come without a hefty price tag of $39.99 USD attached to it, despite the game’s age and some of the port’s already apparent flaws.

The game is not a remaster, after all. It’s simply a port of its original PlayStation 3 release. So there’s really no reason the price tag should be priced this high to begin with. The game is a cult classic for a reason, though, with some thrilling combat, unique platforming, and the odd narrative that weaves the game together. Unfortunately, some decisions may make this game a bit of a harder sell to fans looking for a new action game.

It’s a heavy price to pay

Let’s start with the basics, with combat that’s “easy to pick-up, but hard to master,” El Shaddai: Ascension of the Metatron is a unique action RPG. It only has four buttons in combat: jumping, attacking, defending, and weapon stealing. It’s an interesting system, tacked upon an even more interesting story. Indeed, this game is based on the book of Enoch from the Hebrew scripture. The story is heavily influenced by religion, not unlike a Shin Megami Tensei game, and this seeps into the game’s trippy aesthetics that are a sight to behold.

Unfortunately, the strengths in the original game don’t live up to this high price tag. The port alone comes priced at $39.99 USD. Its deluxe edition is even more ridiculously priced, going up to $78.97 USD for the simple addition of a soundtrack and digital artbook. A comparable price point for a port of a classic JRPG is Persona 4 Golden, which launched at a price of $19.99 USD. Not to mention, Persona 4 Golden featured upscaled graphics, PC settings, and keyboard and mouse control.

Did you notice I listed “keyboard and mouse” control as a feature? Well, that’s because, in El Shaddai, you have to use a controller. The port doesn’t even support a keyboard and mouse. If you’re a dedicated PC gamer without a controller in sight, you’re out of luck. Community members have already taken notice of the game’s price, with unhappy comments showing up on YouTube and Steam.

Regardless, if the price doesn’t bother you, you can mark your calendar for the game’s announced release date of September 1. The game will go on sale for $32.99 USD during launch, so you can at least save some money there. Check out the newly released trailer below for more details. You can check out El Shaddai’s Steam page here.