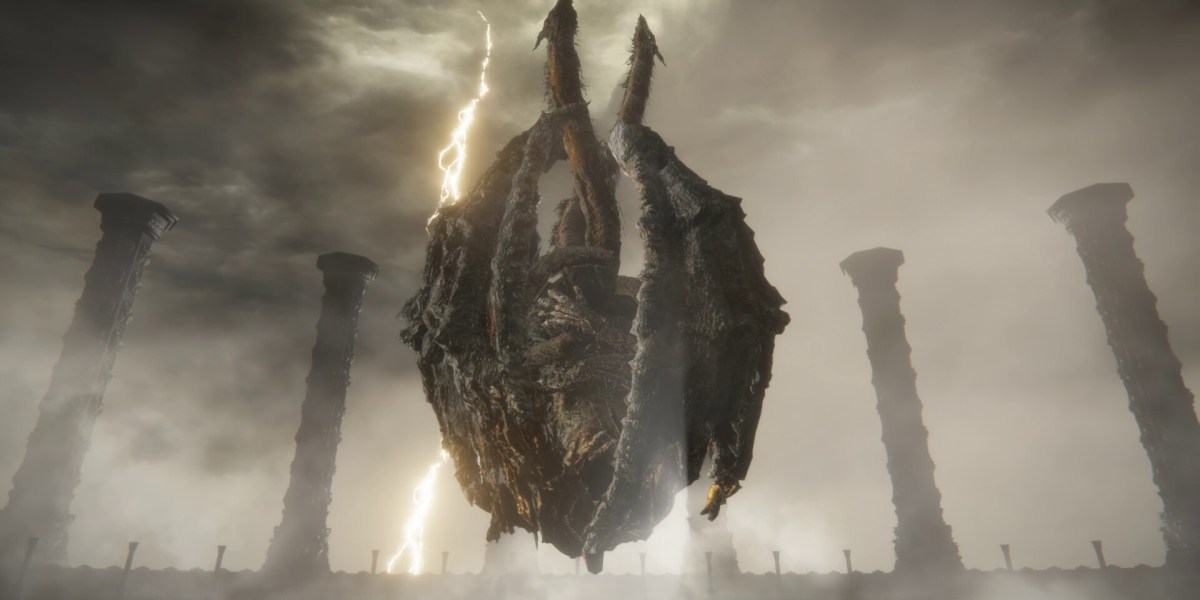 Dragonlord Placidusax is a hidden, optional boss in Elden Ring. But if you’re looking for full completion, then he’s no doubt on your list. Coming in a storm of lighting, this Legend-type boss does seem imposing. However, this guide will show you how to beat Dragonlord Placidusax and claim his Remembrance for yourself.

Placidusax, like many optional bosses in Elden Ring, is easy to miss. He’s found in the Crumbling Farum Azula, which you visit after defeating the Fire Giant and setting the Erdtree aflame. The fastest way to reach his arena is to start at the Site of Grace called Beside the Great Bridge. From there, head back to where you came from and go down the elevator. Send the elevator back up, because there is no Grace near the fight. Make your way past the Gnolls and head outside. Near the rim of land in front of you, look down to see some floating rock platforms. Head all the way down until you reach a larger platform with indents. One that’s empty of bones will prompt you to lay down. Do so, and get ready to fight. 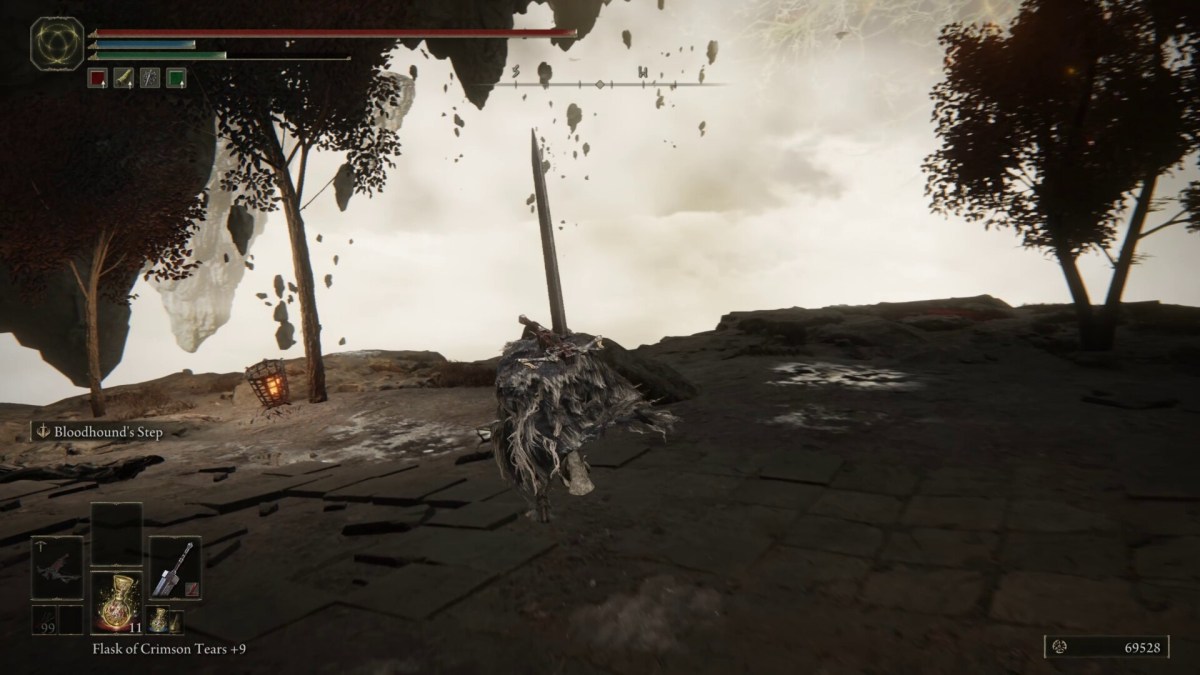 The way to drop down is to the right of the tree with the lantern. 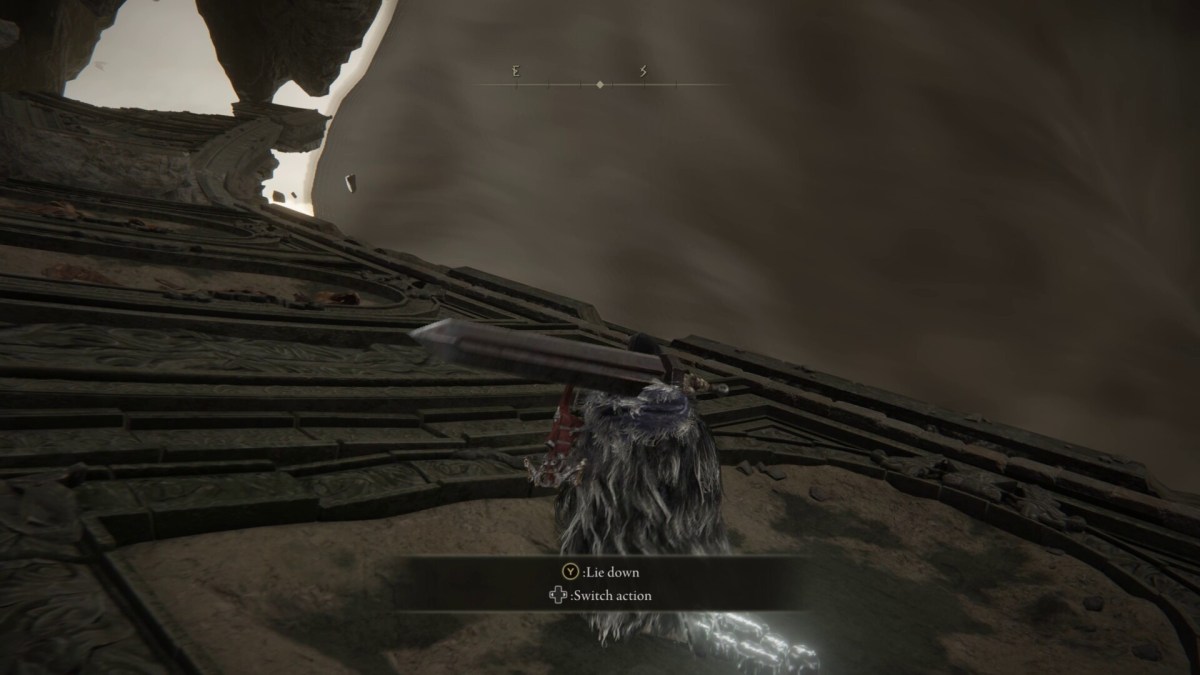 As mentioned, Placidusax is certainly a scary-looking one. However, he’s actually not so bad to deal with due to his slow attacks. So long as you are aware of what kind of attack is coming, you can prepare yourself.

The first phase seems to always begin with the same red lightning bolt attack. You’ll see red electricity forming around your feet, and after a couple seconds a lighting bolt will strike. Here are the different attacks Placidusax will use in his first phase:

As mentioned, Placidusax appears to start each fight by summoning three or four lighting bolts. Red electricity gathers at your feet, and then the zap comes soon after. This is easy to avoid, as it allows you a few seconds to sprint out of its small attack radius. There’s usually enough time after the bolt strikes for a long-range attack in between. Take advantage of that downtime.

The lightning claw is Placidusax’s bread and butter attack. It has a long windup time, which should give you plenty of opportunity to prepare a dodge. Afterwards, get back in and fight if you’re running a melee build, but keep your eyes up for another attack. 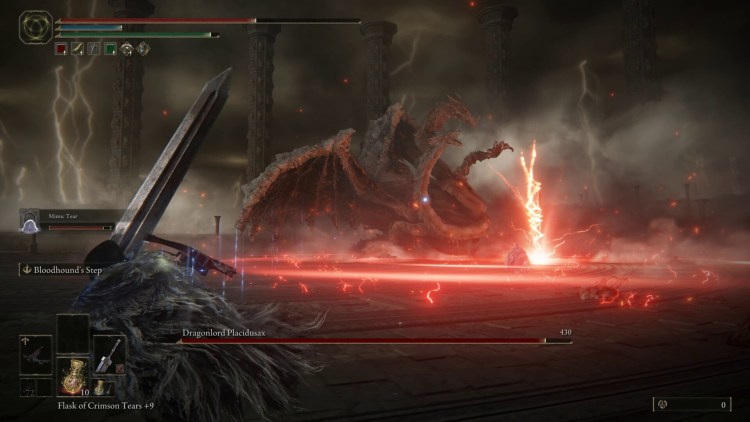 Stay out of the circle.

Placidusax’s dragon fire is one of the harder moves to avoid. If you’re behind him or at his side, he will shoot flames that take away a lot of health. If you’re watching his head, you’ll see the yellow flame before he sends it your way, so start sprinting when you do.

Finally, we have the lightning spear. This is one you’ll know right away, as Placidusax charges up a huge, red spear and drives it into the ground. A circular red wave will grow larger, encompassing a massive area. After it’s done growing, it explodes with fire and lightning AoE damage. It’s easy to avoid so long as you start running right away. Don’t try to get any damage behind Placidusax, because, as I mentioned, the half-circle goes past his body.

The second part of the Placidusax fight is a bit more exciting. Placidusax becomes far more mobile, often taking to the sky and attacking in a devastating claw attack. Thankfully, it’s not hard to avoid so long as you’re not paying attention to your shoes.

At the start of phase 2, Placidusax will take to the sky and disappear. Keep looking everywhere, and after a short time he’ll reappear as a trail of black smoke and red lightning. It looks cool, but don’t stare for too long. After a few seconds, he’ll appear once again with a lightning claw attack that sends his scaly ass sliding through the arena. It’s an easy dodge once you get the timing right. Often when he takes off, red lightning will strike from the sky indiscriminately. You can tell by the lightning forming on the ground if a bolt is coming your way. 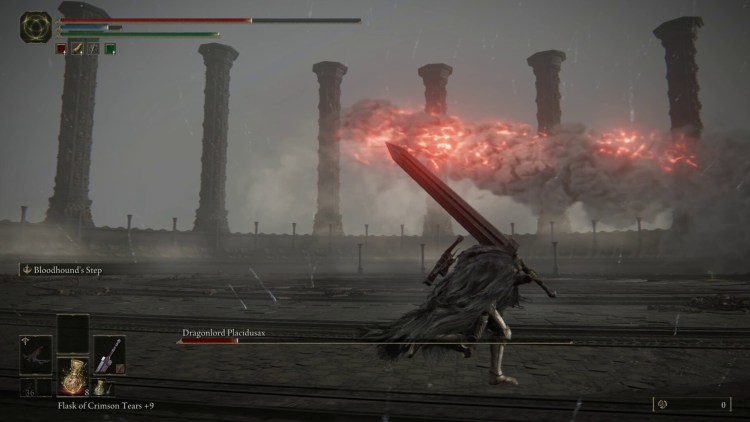 He’ll also disappear and reappear near you and swipe with a lightning claw. Dodging this move is the same as before. Simply wait for the attack, and roll away.

Finally, the last attack he hit me with was a rare one. It was only near the end of phase 2 when he barfed some yellow fire and followed it up with laser beams from both heads. The beams swept a large part of the arena, sweeping back and forth and dealing a huge amount of damage. It ends after roughly 10 seconds with him firing the beams in a line right in front of him. My suggestion would be to make as much distance as possible and use long-range attacks. Dodge if a beam gets too close.

Your reward for defeating Placidusax

Once Placidusax is defeated, you receive 280,000 Runes and the Remembrance of the Dragonlord. You can trade the Remembrance for Dragon King’s Cragblade, a STR/DEX Heavy Thrusting Sword. Its Unique Skill allows you to fly upward as black clouds and lightning to deliver a powerful stab. You can also trade it for Placidusax’s Ruin, in which you summon one of his heads that sweeps the area in front of you with a yellow laser beam. Both are pretty awesome. 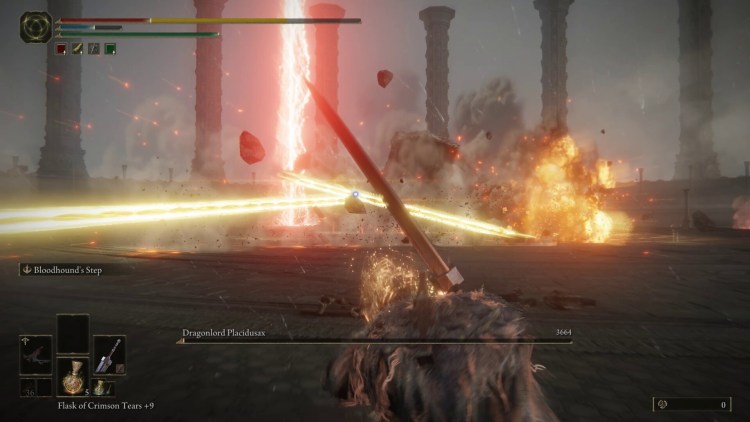 By Sam Robins11 mins ago
Guides