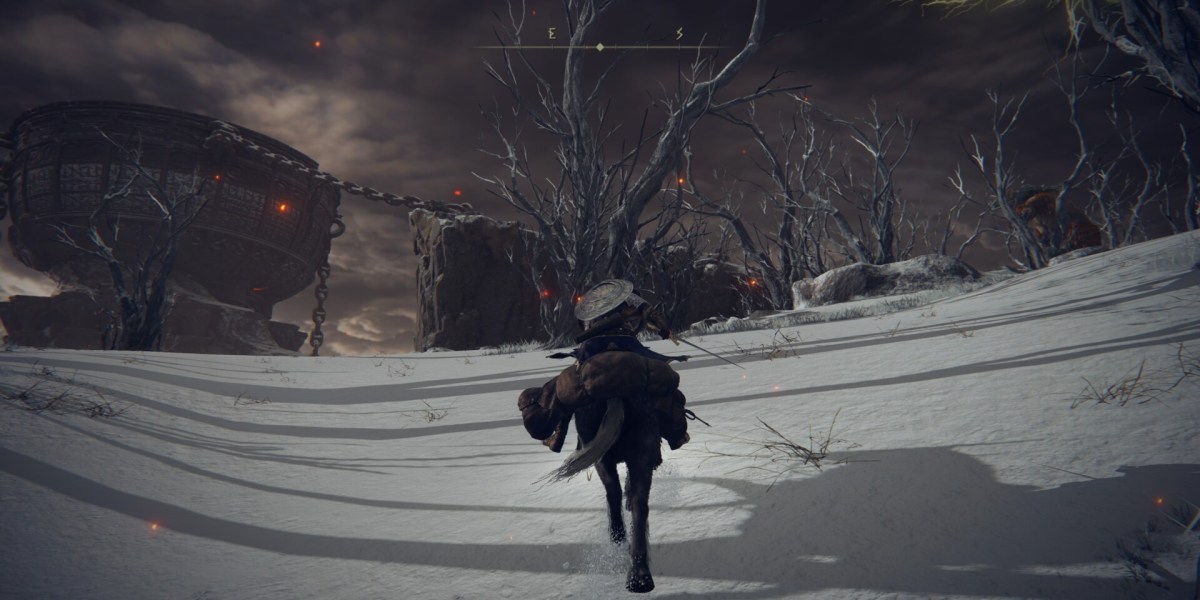 Elden Ring is a massive game and, like any adventure, there will always be a point of no return. Apart from the finale and ending section, progression might lead you to encounter events that will alter certain areas. Here’s our Elden Ring guide to help you with the Forge of the Giants decision, Melina’s fate, Roundtable Hold, and the point of no return.

Note: For more information, check out our Elden Ring guides and features hub. Likewise, please be reminded that this guide contains spoilers.

Elden Ring guide – Forge of Giants decision, Melina, and the point of no return

First point of no return: The decision at the Forge of the Giants

You’ll be able to reach the Forge of Giants in Elden Ring after defeating the Fire Giant. Once there, you can rest at the Site of Grace and talk to Melina. She will ask you if you’re ready. You can ask her to wait, which is fine. But, to progress the campaign forward, you’ll have to agree. Doing this will lead to a cinematic where Melina will burn herself in the Forge of the Giants. She will become the Kindling that causes the Erdtree to burn.

But, this is just the initial step. After the cinematic, you’ll find yourself in Crumbling Farum Azula, an entirely separate zone surrounded by vortices and a massive tornado.

Note: There’s an alternative to this scenario where your character will be the kindling instead. This requires you to find the Flame of Frenzy and the Three Fingers. Before we get ahead of ourselves, this is basically the first “soft” point of no return in Elden Ring. With the Erdtree burning, you can visit Roundtable Hold. There, you’ll see that several NPCs have either left or are dying. For instance, Fia (hugger lady) is no longer around, though you can meet her (or a variant, I’m not sure) in another location. Meanwhile, you’ll find D’s corpse in a room past the hallway where Blacksmith Hewn is. You’ll be able to pick up the Twinned Armor Set, as well as D’s Bell Bearing.

If you go to the balcony, you’ll see Sorcerer Rogier on his last legs. Later, after a bit of progression or fast traveling, Rogier would be dead by the time you arrive, though he drops his Bell Bearing and the Spellblade Armor Set. Rogier’s letter also tells you of Nokron Eternal City if you haven’t visited that place yet (it seems that D’s brother is trapped there).

Note: Several NPCs will still be around, such as Finger Reader Enia (so you can continue exchanging Remembrances), Blacksmith Hewn (for your weapon upgrades) Roderika (for your Spirit Ash upgrades), and the Twin Maiden Husks (for your Bell Bearings, including D’s and Rogier’s). Second point of no return: Once you clear Crumbling Farum Azula

Anyway, let’s say that you advanced further in Crumbling Farum Azula. There, you can fight bosses such as Dragonlord Placidusax and Maliketh the Black Blade (Morathi not included). Placidusax is an optional boss, but Maliketh is required for the campaign. Once you defeat him, the Rune of Death will be unleashed. This is yet another point of no return in Elden Ring.

After the cinematic, you’ll find yourself in Leyndell Ashen Capital. It’s no longer the Royal Capital as it’s been partly buried in rubble and debris. Because this domain’s layout has changed, a lot of places will be inaccessible, such as the main thoroughfare and Roundtable building. However, if you already tagged the Underground Roadside Site of Grace, then you’ll still be able to explore the Subtereannean Shunning-Grounds and Leyndell Catacombs to battle Mohg the Omen.

In Roundtable Hold, there are minor changes, like how Enia is looking deader than ever (though you can still exchange Remembrances), and Hewn no longer knowing why the place is burning. All regular vendor functions are still here, so don’t worry. Still, Gideon Ofnir is nowhere to be found, but you’ll find him soon at the capital.

Note: Some endings affected by this include the Age of Order and Age of Despair, since you might not be able to pick up certain items/requirements. By Jason Venter53 mins ago
Guides