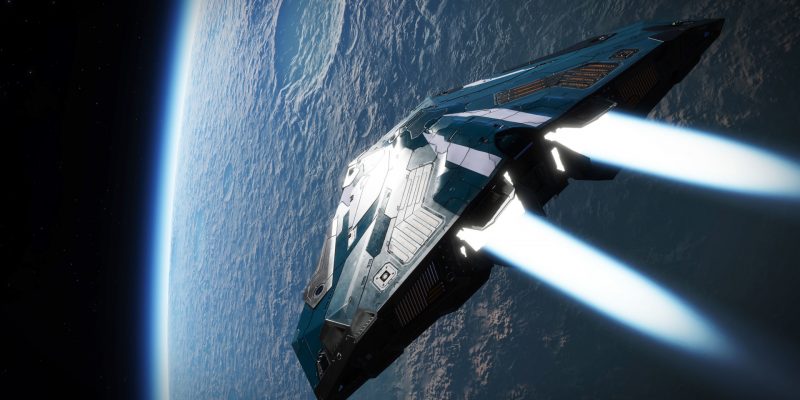 Pilots eager to get their boots on the ground will be very pleased to hear that Elite Dangerous: Odyssey now has a launch date. May 19 is the day to mark in your solar calendars. The announcement was made alongside the release of a new trailer, which you can check out down below.

Elite Dangerous: Odyssey is by far the most ambitious expansion the space exploration sim has seen to date. It’s the first time players will be able to leave their cockpits outside of the stations where they trade goods and acquire missions. You can even forgo flying yourself around and make use of the new Apex Interstellar shuttle service.

In Odyssey, players will explore atmospheric planets, take on new missions, and engage in intense tactical combat. This massive undertaking required Frontier Developments to remake all the planets to allow for on-foot exploration.

Make sure you look the part

Now that you can run around on planets, you’ll be able to customize the way your character looks. You’ll also need to equip specialized suits and gear to tackle different missions. For example, the Remlok Maverick scavenger suit will be needed for salvage missions. Whereas the Supratech Artemis explorer suit will help you with exobiology investigations. There’s even a combat suit, the Manticore Dominator, for Commanders who dare to venture into the Conflict Zones. If you’d like to get all the formalities out of the way now, you can pre-order Elite Dangerous: Odyssey ahead of the launch date for $39.99. You can also purchase the Deluxe Alpha edition of the expansion if you’d like to hop into the alpha, which runs until April 30. It’ll cost you $54.99. Both versions of the pre-order include a Pioneer suit skin for your character.

You can also check out our impressions of the Elite Dangerous: Odyssey alpha before you make any decisions.