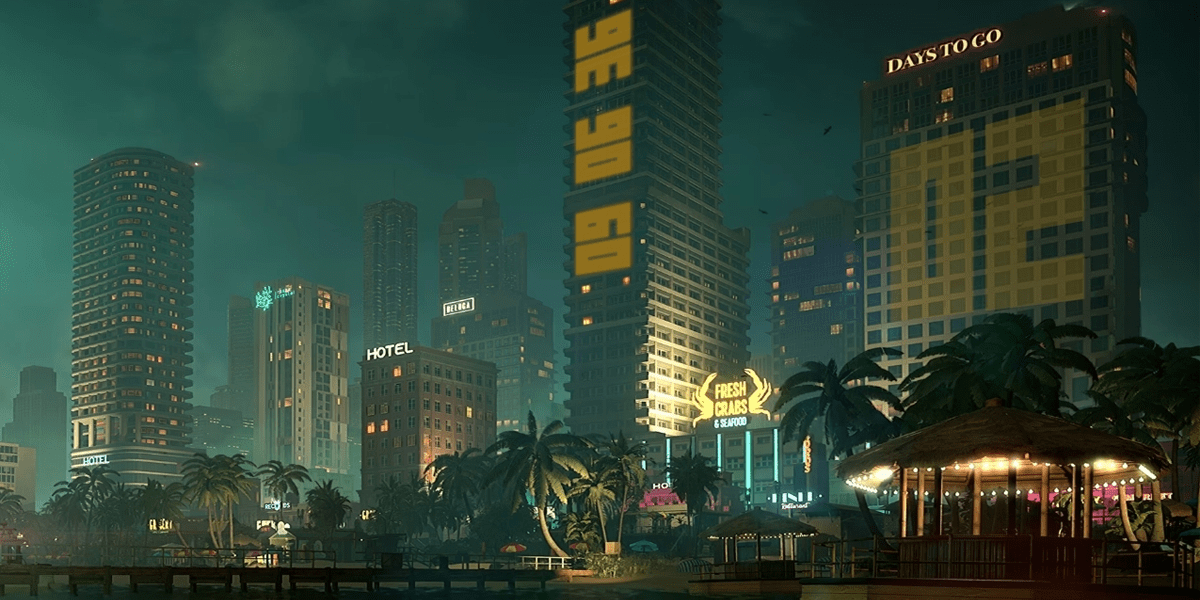 The Game Awards is set to happen later this week, and there’s one tease that’s caught a lot of people’s attention. Both Epic Games and 505 Games seem to be revealing a brand new title at Geoff Keighley’s The Game Awards. But there’s nothing that indicates whether this game is a new IP or a sequel in a franchise. As always, there’s quite a lot of speculation being thrown around.

The tease itself was first shown via a short video on Twitter. Surprisingly, the video features Michael Madsen himself as he returns a wallet intended for Keighley. It’s weird for sure, and it gets stranger from there. At the end of the video, a QR code is displayed which leads to a website called Visit Rockay City. This website features a looped video of a city with a countdown to The Game Awards.

A mystery announcement for The Game Awards

This is a pretty strange tease, and it’s hard to say what it’s really showing. 505 Games has published an assortment of titles including Payday 2, Sniper Elite 3, Death Stranding, and let’s not forget Control. So, its library is clearly fairly diverse. But out of all the games it has published previously, it’s hard to see many of them fit with what we’re seeing here. It could be a potential tease for Payday 3 since that might line up with the city and what looks to be police helicopters flying around.

But the teaser seems to insinuate that this is an open-world game. Then there’s the appearance of Michael Madsen to consider. It could easily just be a fun surprise for the teaser, but Madsen has had a few video game roles in his time. One of his bigger roles being Daud from the Dishonored series.

To: @geoffkeighley
From: #505Games @EpicGames
Subject: Lost and Found Item

Your number one fan has left something in reception.

Want to come and collect it?

All in all, it’s hard to make any guesses as to what this teaser is teasing. And we don’t know if Madsen’s appearance indicates that he’ll be in the game. Either way, it’s a mystery that’s set to be revealed this week. It’ll be exciting to see what Keighley, 505 Games, and the rest of the attendees have to show at The Game Awards.