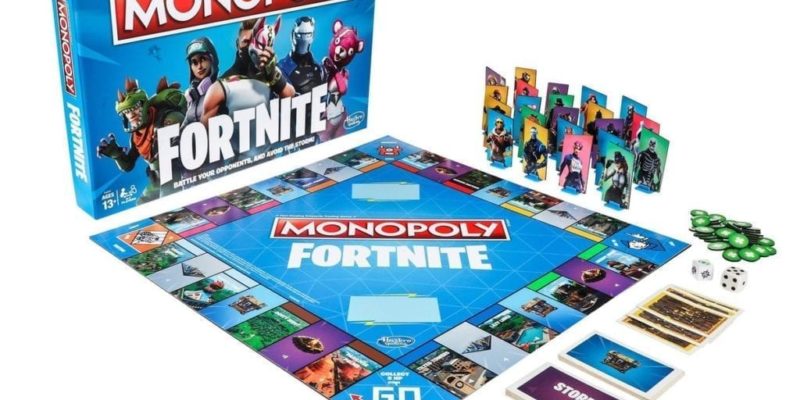 Epic Games is really taking Fortnite beyond just the game and its in-game events and purchases. Announced over the weekend on Twitter, they have now partnered with Hasbro. Together, this pair is launching a new line of Fortnite-themed merchandise. To start with, we’ll be getting Fortnite Monopoly and Nerf Blasters. You won’t have to wait long, either, as Monopoly Fortnite Editon is due out on October 1st.

Thrilled to show you the final art and game board for Fortnite Monopoly! It’s so so fun and such a unique spin on the classic game mashed up with last player standing Fortnite. In stores Oct 1st!!! pic.twitter.com/aNqJmvfpb2

“It’s so so fun and such a unique spin on the classic game mashed up with last player standing Fortnite.”

According to a rep from Hasbro who spoke with IGN the popular Nerf guns will:

“…immerse fans into the player-versus-player action of the game, letting them play out the Battle Royale in real-world settings with blasters and accessories that emulate the onscreen battles Fortnite is known for.”

The Official Fortnite Line of Nerf Blasters and Accessories is not expected out till Spring 2019, so you’ll have to wait a bit to reenact your Fortnite battles in real life. That said, it is super cool to see Epic Games branching out to different types of merchandise for fans, such as the Halloween Costumes we reported on our sister site Daily Esports and now these two new product lines. Fans will be sure to snap these up and it will be interesting to see the finished products on store shelves.

What do Fortnite players and fans think of this? Will you grab Fortnite Monopoly for your collection? How about those Nerf Blasters? Let us know, and don’t forget that the High Stakes Event is on now! You can check out our coverage on that here.